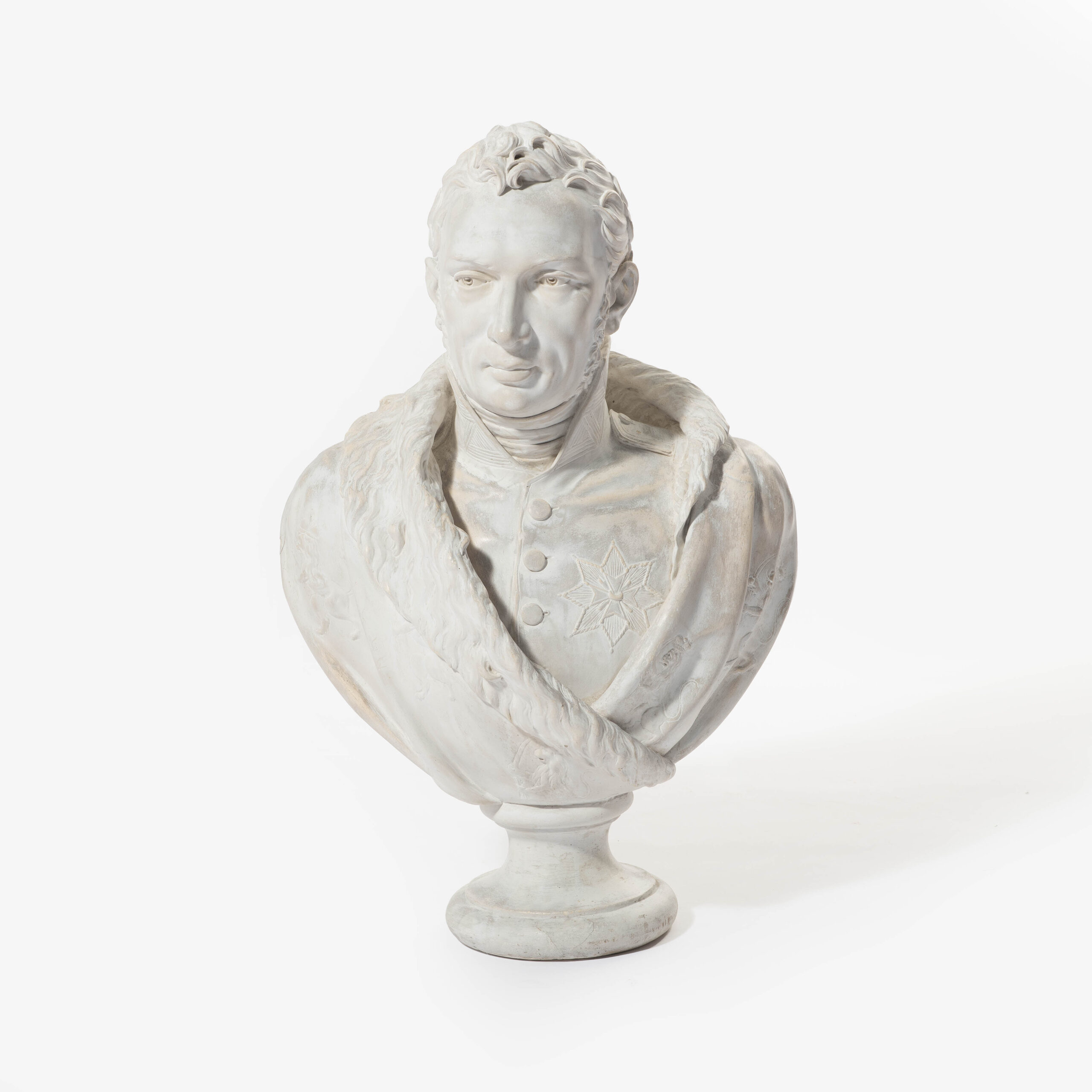 A plaster bust of William I of the Netherlands by Louis Royer
(Mechelen 1793 – Amsterdam 1868)
Signed and dated 1818 on the side
H. 75.5 cm
Provenance:
– Collection Constantinus Emilius Gosuinus Ghislenus de Bors d’Overen, mayor of Malines
– Auction Rue des Vaches, Malines, 29 January 1852
– Auction Galerie Moderne, Elsene, April 2006
– Private collection, Louvain, acquired from the above
– Private collection, Antwerp, acquired from the above in 2015
Exhibition:
Société de Malines pour l’Encouragement des Beaux Arts, Malines, 1818, cat.no. 101
Literature:
– P.K. van Daalen, Nederlandse beeldhouwers in de negentiende eeuw, Martinus Nijhoff, The Hague, 1956, p. 101, no. 11
– C. Engelen & M. Marx, La sculpture en Belgique à partir de 1830, 2006, p. 312 (ill.)
Note:
Within the impoverished field of Dutch nineteenth-century sculpture that was strongly defined by foreign or foreign-educated sculptors, Louis Royer was one of the most important figures. After studying in Paris and Mechelen, and winning the first Prix de Rome in 1823, he left for Italy to study the masters of the renaissance and baroque. When he got back to the Netherlands in 1828, Royer knew how to procure a prominent position quickly: in 1834 he became sculptor to the king and, in 1837, director of sculpture at the Rijksacademie in Amsterdam. With his monumental rendering of national heroes, such as this plaster of Willem I, the first King of the Kingdom of the Netherlands, Royer gave form to the strong nationalism rising after the end of the French occupation. A similar bust to this current lot is in the collection of the Hof van Busleyden in Mechelen.