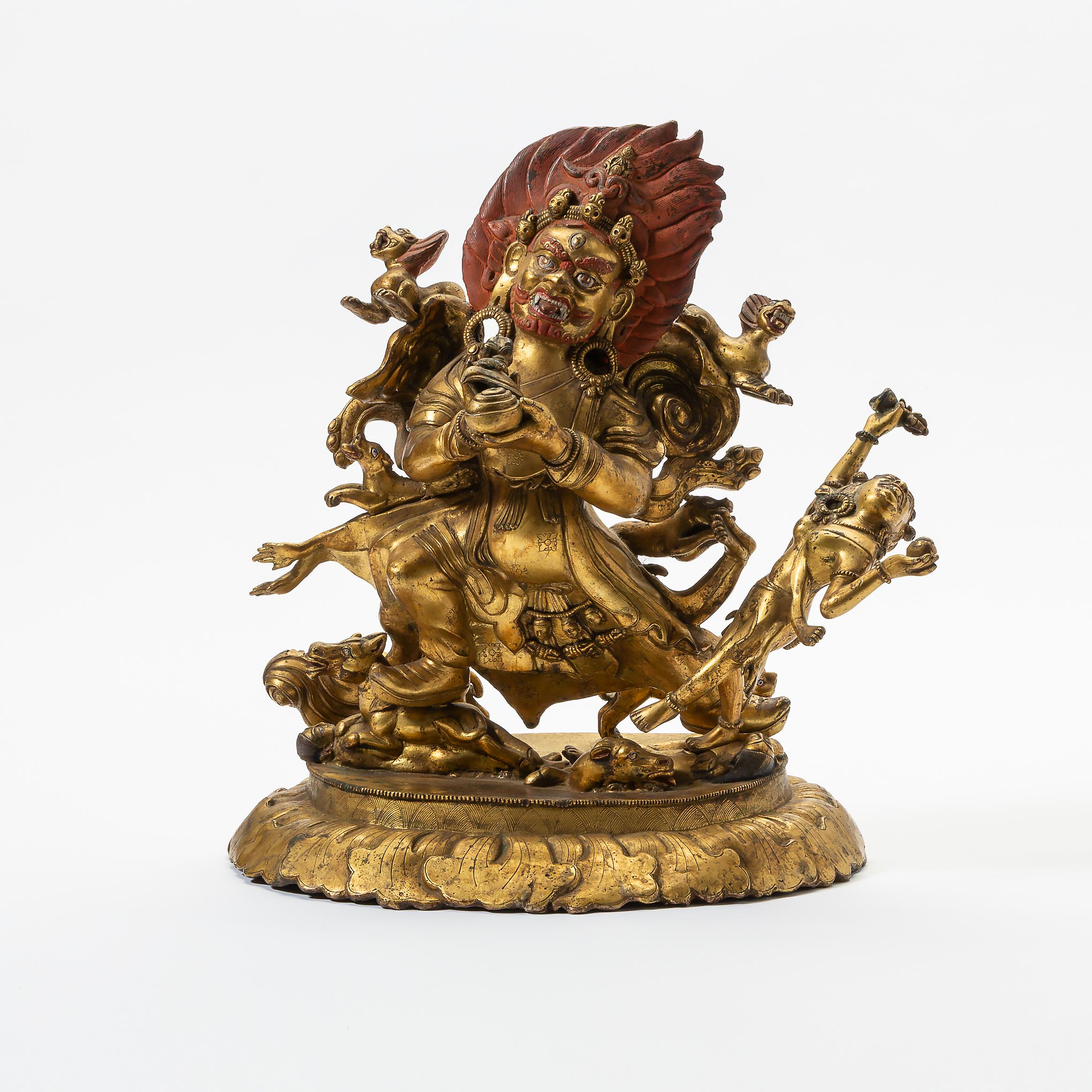 A large gilt and polychrome bronze figure of a tantric deity
Nepal, 20th century
The magnificent deity strides in pratyalidhasana on animals and figures over a lotus base and is flanked by his consort. In his hands he holds a curved knife pressed to a skull cup. He wears a skirt adorned with various jewellery, snakes, streaming ribbons ad a garland of severed heads and has two lions on his shoulders. The head is wrathful in expression, showing bared fangs, stuck-out tongue and bulging eyes, wearing a skull crown and has flaming hair.
H. 42.5 cm
Provenance:
– Private collection, the Netherlands (assembled from 1950 till the 1990’s)
– By descent to the present owner