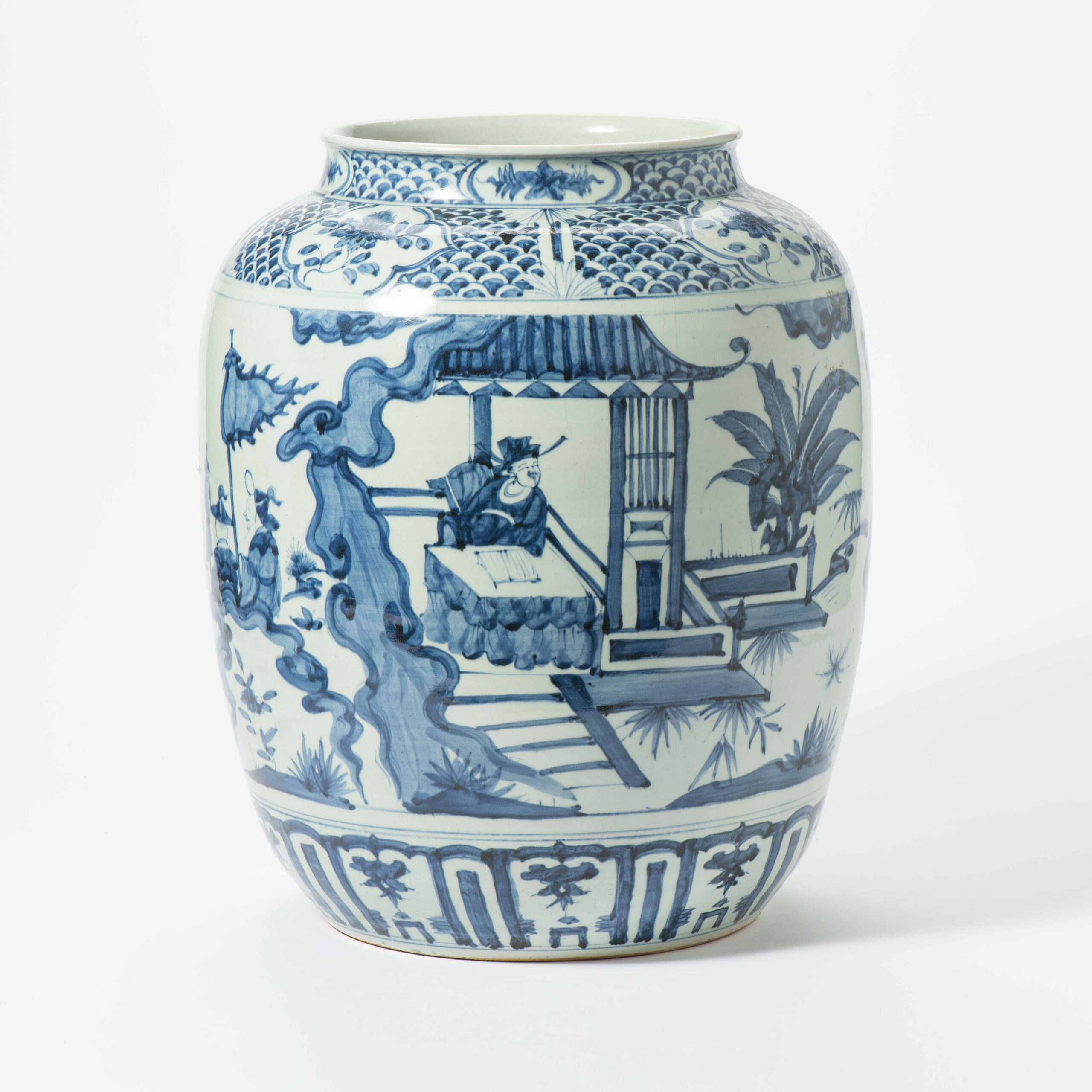 A large Chinese blue and white jar
20th Century
Decorated with figures in a continuous garden landscape.
H. 45.5 cm
Note:
This beautiful Chinese jar was made during the Ming Dynasty. The Ming Dynasty ruled China from 1368 to 1644, and it was under its aegis, during the first half of the 15th century, that technological and design advances brought milky white and cobalt-blue porcelain to perfection. The white and blue Ming ceramics remains one of the most significant milestones in ceramic history because it was during this dynasty that China dramatically improved its ceramic technology. The imperial court developed a taste for more vibrant colour schemes, and overall economic prosperity meant a greater demand for beautiful homeware. Foreign trade was also at an all-time high, leading to the reputation of China’s beautiful porcelain spreading far and wide. The most internationally sought-after of all ceramics, Ming products became synonymous with the country that produced them, referred to in India and the Middle East as ‘chini’ and in English as ‘china’.