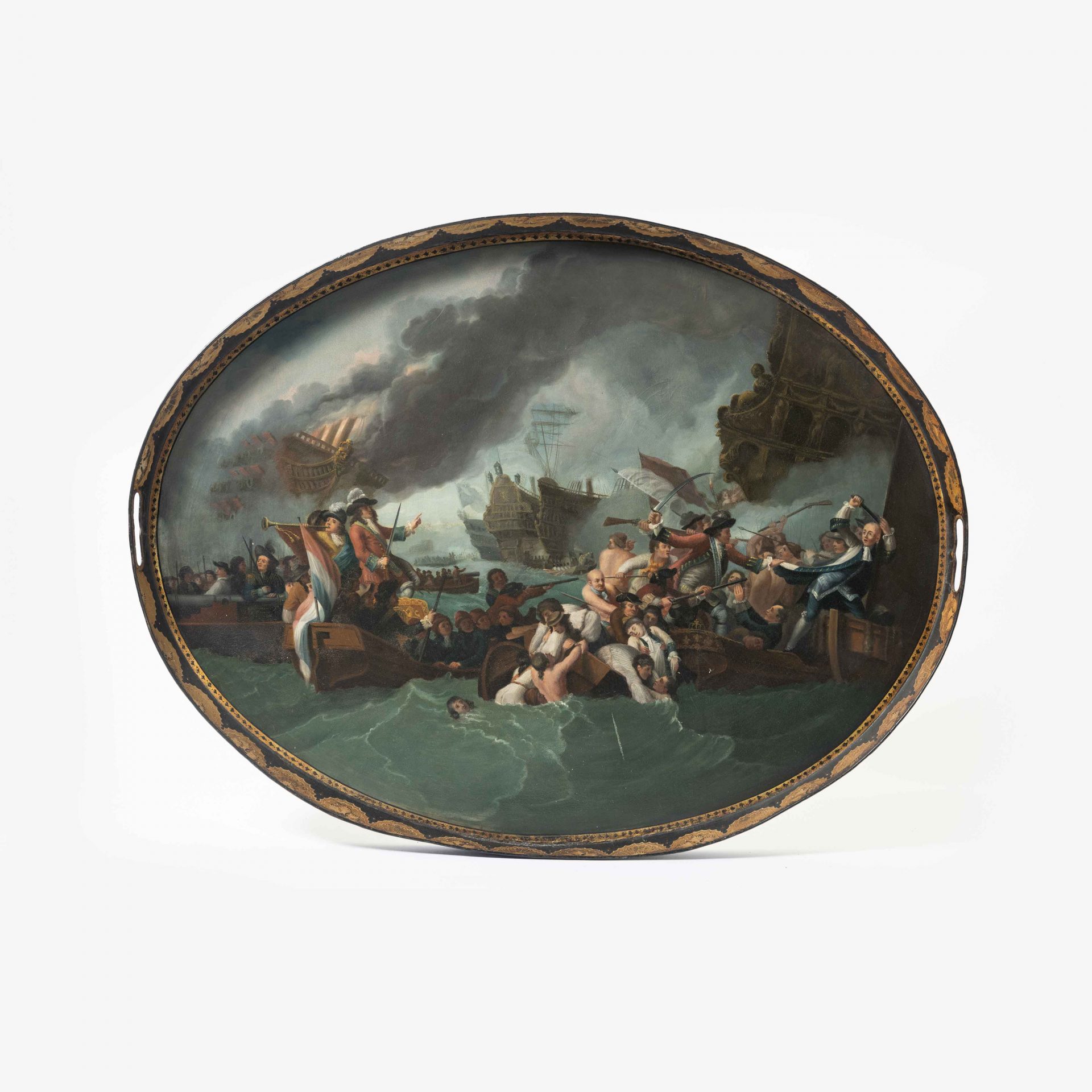 A Dutch parcel-gilt ’tôle peinte’ tray
Early 19th century
Of oval shape finely painted in colours depicting the battle of La Hogue, after Benjamin West (1738-1820).
W. 76.4 x 58 cm
Note:
Seventeen years after the American artist Benjamin West (1738-1820) settled in England, a London newspaper’s review of the 1780 Royal Academy exhibition stated that The Battle of La Hogue “exceeds all that ever came from Mr. West’s pencil”. In 1692, Louis XIV of France had mounted an ill-fated attempt to return James II, a fellow Catholic, to the throne of England. In response, Britain and her Protestant allies, the Dutch, massed their fleets and engaged the enemy for five days off the northern French coast near La Hogue. Benjamin West condensed the events of the long battle into one dramatic composition that, by employing much artistic or poetic license, is largely propaganda.