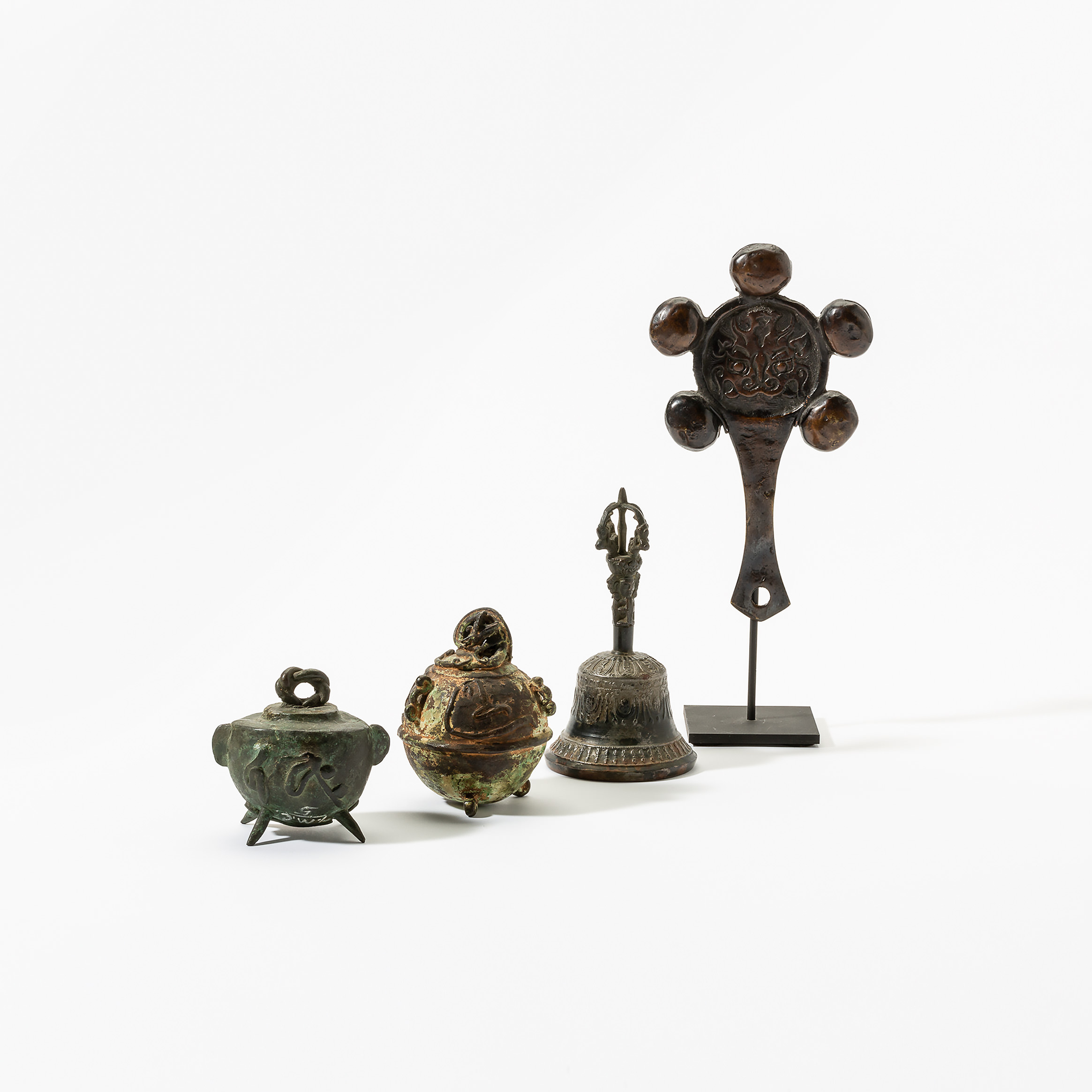 A collection of two bronze Chinese bells, a Chinese rattle and a Tibetan bronze and iron priest-bell
19th century
One bell with three ruyi-shaped handles, three reserves with Buddhist figures, and an eyelet in the shape of a dragon, on three feet; the other bell with two handles, Buddhist figures and braided handle; the rattle with central medallion showing a tantric deity, surrounded by five bells; the handle of the priest-bell issuing a curved prong around a central rod, the bell in the form of a stylized lotus with marks in reserves.
H. 10-24.5 cm (excl. stand)
Provenance:
– Private collection, the Netherlands (assembled from 1950 till the 1990’s)
– By descent to the present owner
(4x)