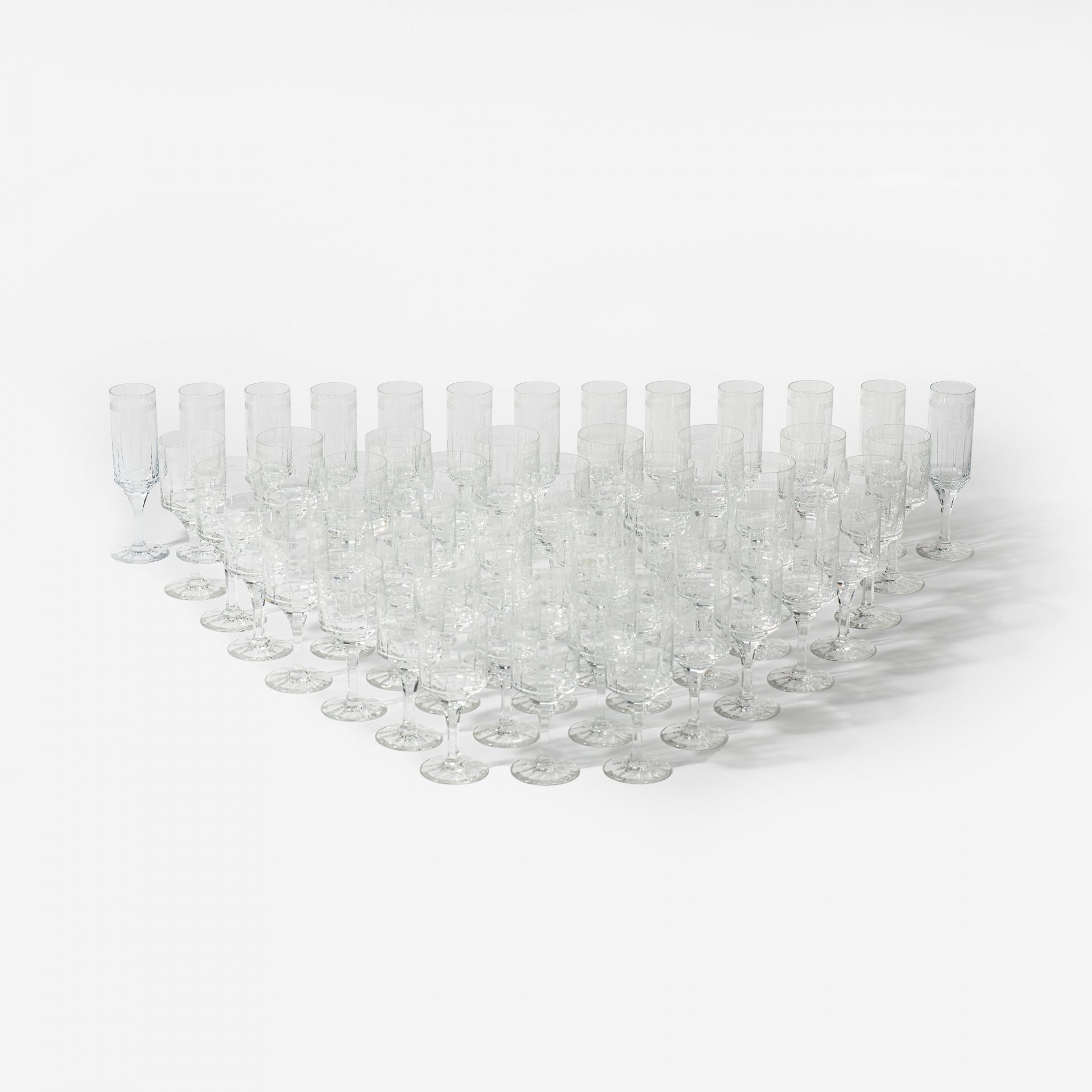 A collection of Cartier Des Ballets Russes crystal glasses
20th century
Comprising thirteen flutes, fifteen red wine glasses, fourteen white wine glasses and twelve water glasses. Each engraved in Art Deco style and marked Cartier on the foot.
H. 20.2 / 17.9 / 17 / 16.2 cm
Note:
The year 1909 was characterised by a major artistic event: Sergej Diaghilev’s Ballets Russes – an itinerant ballet company – triumphed in Paris. Like most of fashionable Paris, Louis Cartier was seduced by the extravagant productions of the Balles Russes, after whom these glasses are named.
Indeed, it was well before World War I that Cartier anticipated a new style which would later be dubbed ‘Art Deco’ in reference to the 1925 Exposition Internationale des Arts Décoratifs et Industriels Modernes.
A signature characteristic of the Art Deco style is the use of geometric forms, reflecting the confident and free-thinking spirit of the times. Art Deco style became paramount in daily life and was even applied to the design of the soaring Empire State Building and Cubist paintings of Pablo Picasso.
(54x)