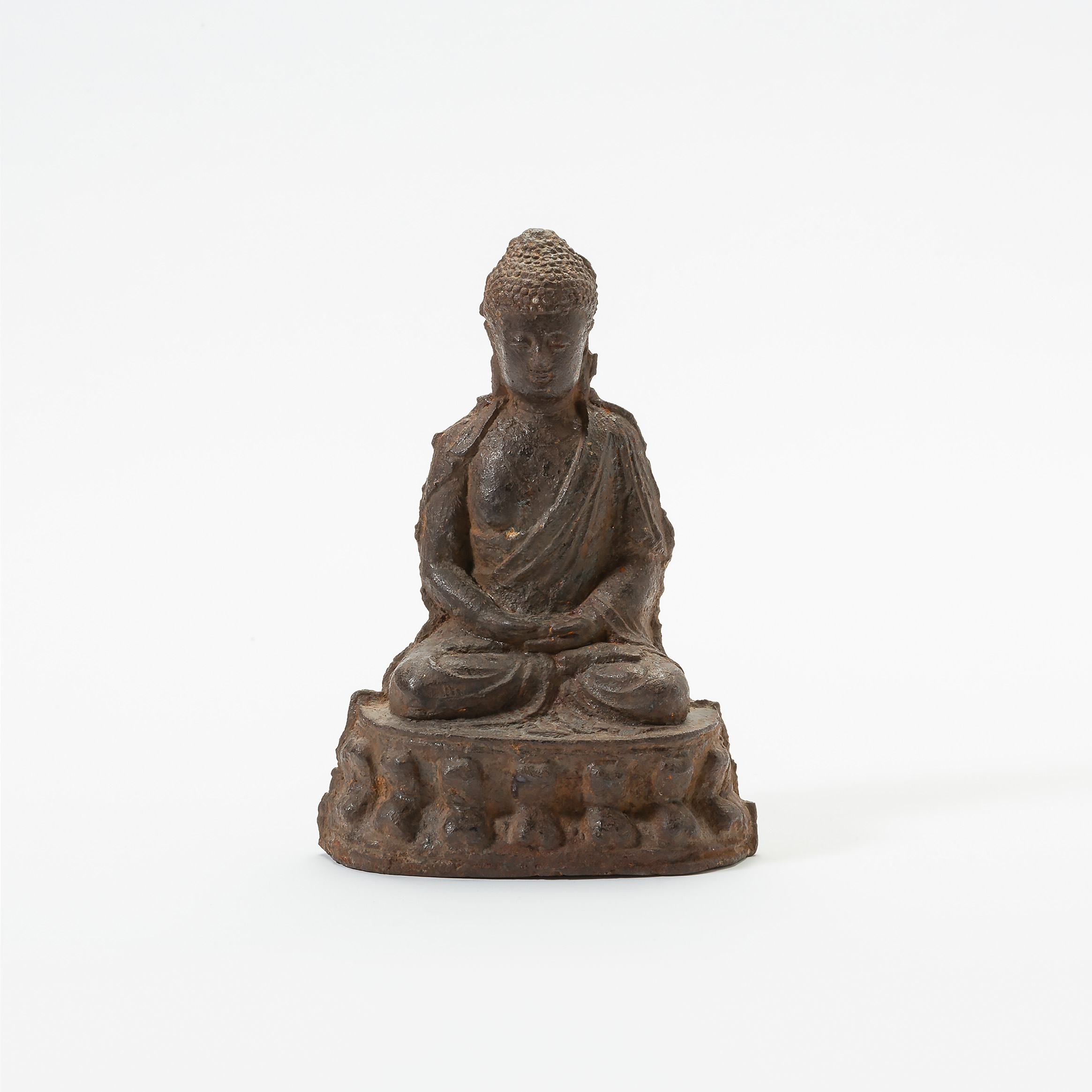 A Chinese iron figure of Buddha Shakyamuni
Early Ming dynasty, 15th century
Seated in vajrasana on a lotus base with both hands resting on his lap in dhyanamudra, wearing a monastic garment, his face displaying a serene expression with downcast eyes below arched eyebrows running into his nose-bridge and his curled hair-dress continuing into a low ushnisha.
H. 24.5 cm
Provenance:
– Private collection, the Netherlands (assembled from 1950 till the 1990’s)
– By descent to the present owner