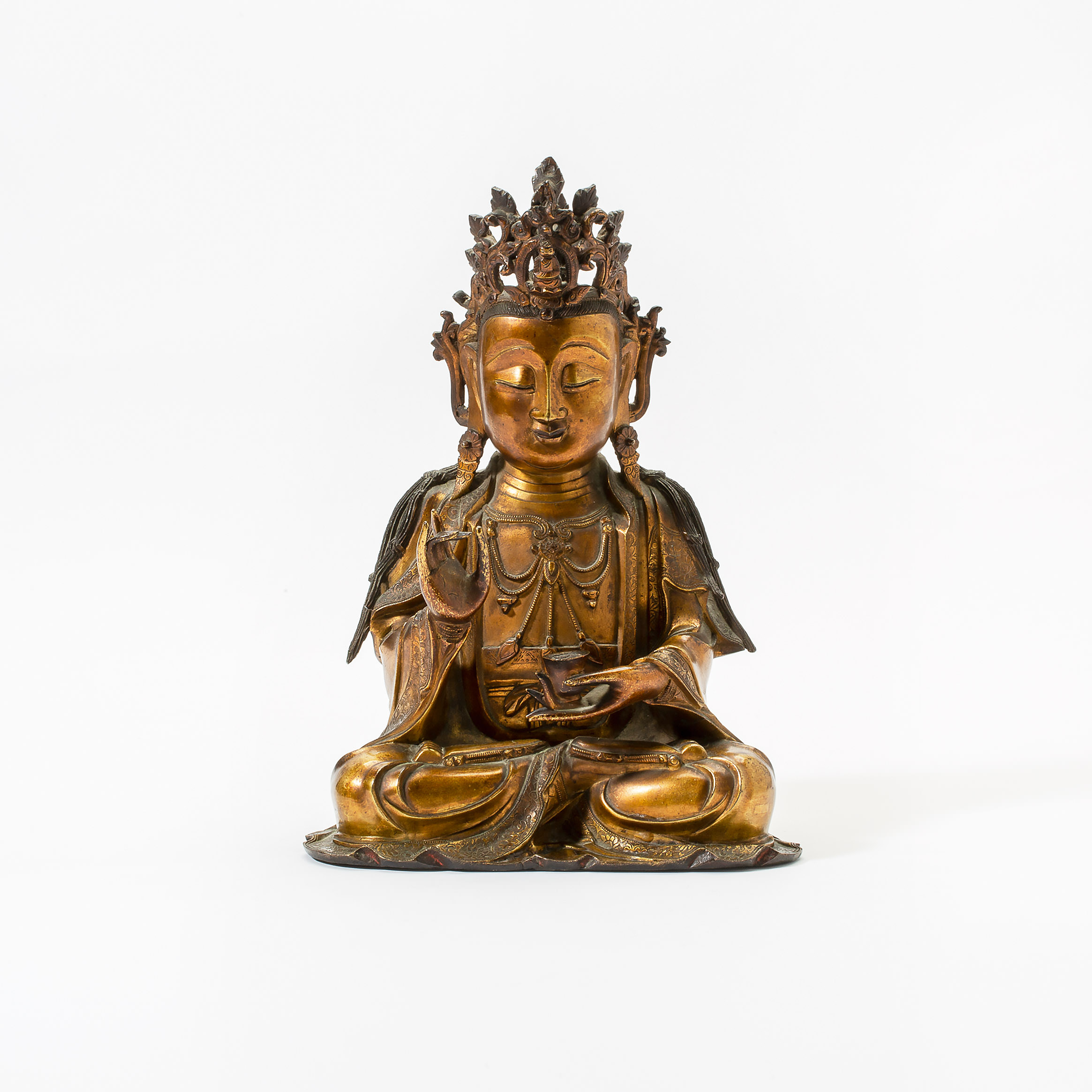 A Chinese gilt-bronze figure of Guanyin
Ming dynasty, 17th century
The deity seated in padmasana, the right hand raised in karanamudra and the left holding a cup, dressed in long robes decorated with flowers at the hems, wearing ornate jewellery and a crown set with a small figure of Amitabha Buddha.
H. 37 cm
Provenance:
Collection Jan van Haaften (1869-1904), commander of the guard of the Dutch legation in Beijing from 10 October 1907 to 1 August 1909, thence by descent to the present owner
Note:
Van Haaften wrote a book, Drie jaar op wacht in China (Three years on guard in China), which was quoted in A Qianlong Legacy – The Censer of the Dutch Embassy by Schelling, Wesseling, Jansen & Hendriks, published to celebrate the return of the famous censer, now in the Capital Museum, by the Embassy of the Kingdom of the Netherlands in Beijing: “On the day of his arrival Van Haaften remarks, everything in the embassy seemed to be very European. While taking a walk over the embassy grounds, however, he made an exciting discovery: “Look, here suddenly Peking is visible again in our own courtyard. A Chinese temple demands our attention. The young Dutch engineer who accompanies me on my walk, reads my mind, and tells me this is his home. He invites me to come in. (…) Except for some European necessities, everything in his house is Chinese. Beautiful Chinese textiles in delightful colours match with the dazzling blue of the temple’s ceiling, while all sorts of objects d’art give impression that the inhabitant has a taste for things Chinese.” Van Haaften was intrigued by Chinese culture and objects and collected these during his stay in China.