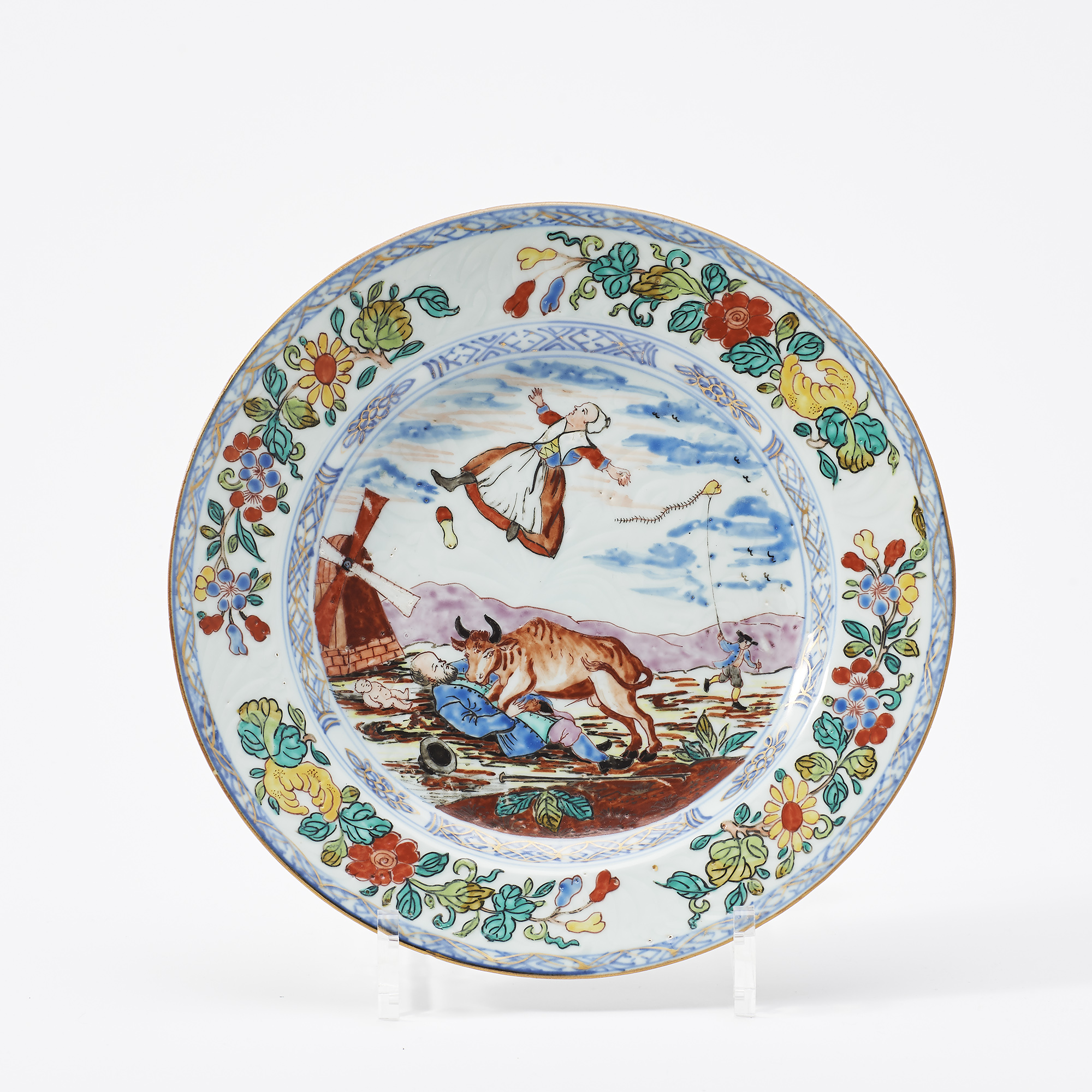 A Chinese famille rose ‘Amsterdam Bont’ decorated plate
Circa 1747
Decorated with the well-known scene of Des Stiers Wreedheyt or Het wonder van Zaandam (The Miracle of Zaandam), showing a Dutch couple in a field with a charging bull and a lady giving birth, allegedly the miraculous birth of Jacob Egge jr. on 29 August 1647, the rim with flowers and finger citrus, the reverse inscribed ‘den 29 Augustus/1647’.
Diam. 23 cm
Note:
The decoration of this plate refers to the miraculous birth of Jacob Egge Jr. on 29 August 1647. His mother, Trijn Jans, was in her final days of her pregnancy with him when she and her husband were attacked, hit and maltreated by an angry bull. Trijn was lifted up by the horns of the bull, thrown up, and her belly and hip were cut open, causing the baby to be thrown out of her body. The baby and mother fell into a pool of water, but only the newborn survived. He was baptised the next day in Haarlem’s Westzijderkerk, which is known today as the ‘Bull’s Church’ (Bullekerk).

It is generally believed that this plate was over-decorated in 1747 – or shortly after – to immortalise this ‘miracle’. A plate with identical decoration is in the collection of Museum Boijmans van Beuningen (Hervouët & Bruneau, 1986, 16.54 ill.).