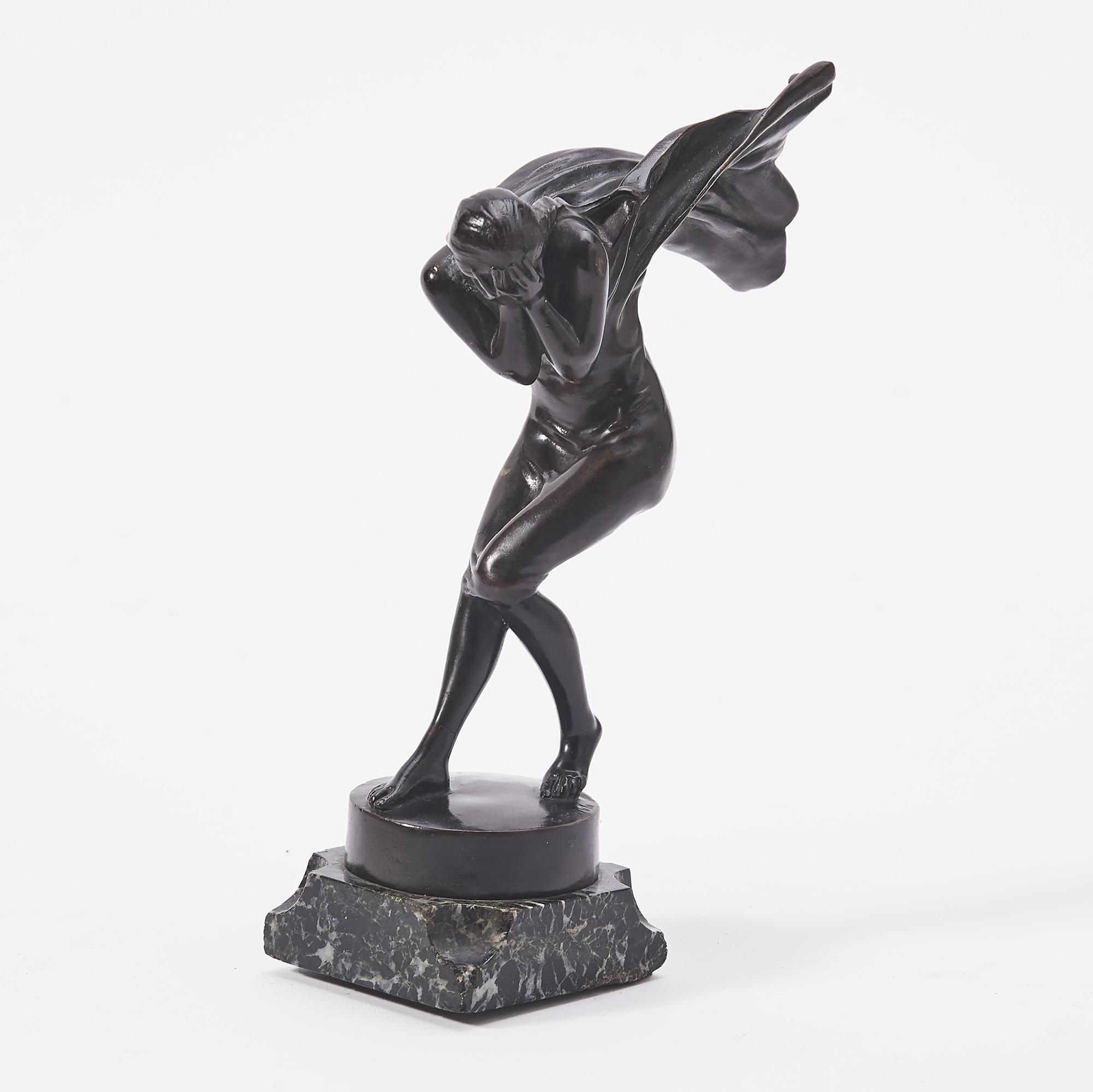 A bronze sculpture ‘Vertige de la Vitesse’ by Gustave Poitvin
First half 20th century
Signed and numbered 1399 and with foundry mark Syndicat des fabricants de bronzes unis, France on the base.
H. 17.9 cm
Note:
This mascot, also known as The Storm, depicts a terrified girl bent forward facing the wind, with her dress blowing behind her and trying to keep her balance against the gusts. It was originally commissioned for Hermès in 1921 and was published in their 1925 catalogue.