His birth name was Herman Dirk van Dodeweerd, but that is not how he is remembered. At a certain point in his life, he decided to adopt a new name, “Armando,” which is the Italian version of the name Herman. His birth name did no longer exist for him, and he even had it removed from all the official documents. By doing this, he created a certain mystery around his identity. That's why we wonder, who was Armando?

First of all, his childhood memories had a permanent influence. Armando was born in 1929 and grew up in Amersfoort, a city surrounded by large forests. When he was eleven years old, the Second World War started, and the Germans built a transition camp near his family home. At a very young age, Armando was confronted with the Nazis' brutality. He would often hear the frightening sounds of screaming prisoners and gunshots. These traumatic experiences can be found at the center of his artistic work.

A couple of years after the war ended, in 1949, Armando moved to Amsterdam, where he started studying art history at the University of Amsterdam. It was during this period that he made his first abstract drawings and paintings. He caused quite a stir with these extremely spontaneous works. in 1954, Gallery Le Canard in Amsterdam hosted his first solo exhibition.

When a colleague once asked him how he began his drawings, Armando replied: ''just blindfolded in the dark† His work resembled the works of the well-known CoBrA artists of that period because of their powerful expressionist images, but Armando was not a member of the CoBrA movement. There is a remarkable difference in content. In Armando's work, there are no representations of folk art or mythical animals to be found. It is rather a comprehensive experience of the here-and-now.

Not long after his artistic debut, Armando became one of the founding members of the 'Informal Group' (Informal Group), which reacted fiercely against CoBrA and, in particular, against the figuration and expressionism of the personal drama. The co-founders of the group were Dutch artists: Henk Peeters, Kees van Bohemen, Jan Henderikse, and Jan Schoonhoven. In 1960, this group became the 'Zero Group' (Zero Group), a movement that worked in an anti-painterly fashion by replacing traditional painting materials with more industrial ones. During the transition from his 'informal' period to the Nul movement, Armando applied holes, barbed wire, and bolts to the surfaces of his work. By the time the group was established, he was consistently producing monochrome works made of sheet iron, painted fiber wood, bolts, and rivets. The group members exhibited their work both in the Netherlands and abroad.

In the meantime, he had also started working for 'Haagse Post', a magazine, and eventually became head of its art editorial team. This shows what a multi-talented man Armando was. He was not only a painter but also a passionate journalist. And it doesn't stop there: he was a sculptor, poet, writer, violinist, actor, and film, television, and theater director during his lifetime.

the Zero Group existed until 1965. After the group had fallen apart, Armando had become tired of everything that had to do with art. The result was that he didn't create anything for several years. When he started to embrace art again in the early 1970s, he picked it up where he had left off (before the 'Zul Groep'): creating expressionist works. From that moment on, he crafted an impressive oeuvre in which bare and ordinary objects are charged with concealed drama using his iconic style.

The juxtaposition of beauty and evil is a frequently returning subject in his work. He often painted the forests and trees of his youth, which he considered eyewitnesses of the horrors caused by mankind. Despite what they had seen, the trees kept growing as if nothing had happened. He came up with a name for this: “guilty landscape”. He used it as a title for a large group of works that he produced from the 1970s onwards.

The tragedy of human existence was something that he held on to for the rest of his life. The works that he created are filled with existential themes that are based on experiences in his youth but, at the same time, reach far beyond them. He often contemplates the tensions between good and evil, as well as crime and innocence. In his paintings we recognize landscapes created with thick and heavy paint-crusts, vague figures, iron crosses, large black flags, and ladders. A single charred tree is also an iconic image for Armando and can be found in a number of paintings.

In order to confront the enemy and “look him straight in the eye”, as Armando himself had stated, he went to Berlin. He lived there for one year in 1979, after which he had a hard time distancing himself from the city. That is why he traveled back and forth between the Netherlands and Berlin for the next 25 years. In 1984, there was a large exhibition of his oeuvre in the 'Neue Nationalgalerie' in Berlin. Speaking of looking the enemy straight in the eye: until 1989 he used Nazi-sculptor Arno Breker's old studio as his working space.

When he didn't stay in Berlin, he lived in Amstelveen or Amsterdam. But he also treasured a special bond with the city of his youth: Amersfoort. This is also the place where, in 1998, the 'Armando Museum' was opened, located in the reconstructed Elleboogkerk. An illustrative selection of his oeuvre was permanently exhibited there, until the museum was struck by disaster. On October 22, 2007, a raging fire destroyed the building and a large part of Armando's collection was lost forever. At that time, there was also a temporary exhibition with works by artists like Jacob van Ruysdael, Albrecht Dürer, Hercules Seghers, Richard Long, and Anselm Kiefer. All of this work was annihilated. When he was asked to speak about the tragic event, Armando said:A big disaster, especially for the work of the others, because they are irreplaceable.”

The fire meant the end for the museum but did not stop Armando from creating art. While his paintings from the 1980s and 1990s are solely in black, gray and white tones, he started using more and more colors during the last fifteen years of his life: soft green, clear blue and intense red. He did not lay down his brush until right before his death, on 1 July 2018. Even after his death, his work is still in the center of attention: it can be admired in the collections of various prominent museums like the Municipal Museum, the Rijksmuseum, Museum Boijmans Van Beuningen and Museum Voorlinden† The latter hosted a large retrospective exhibition last year, which was devoted to Armando's wonderful oeuvre. 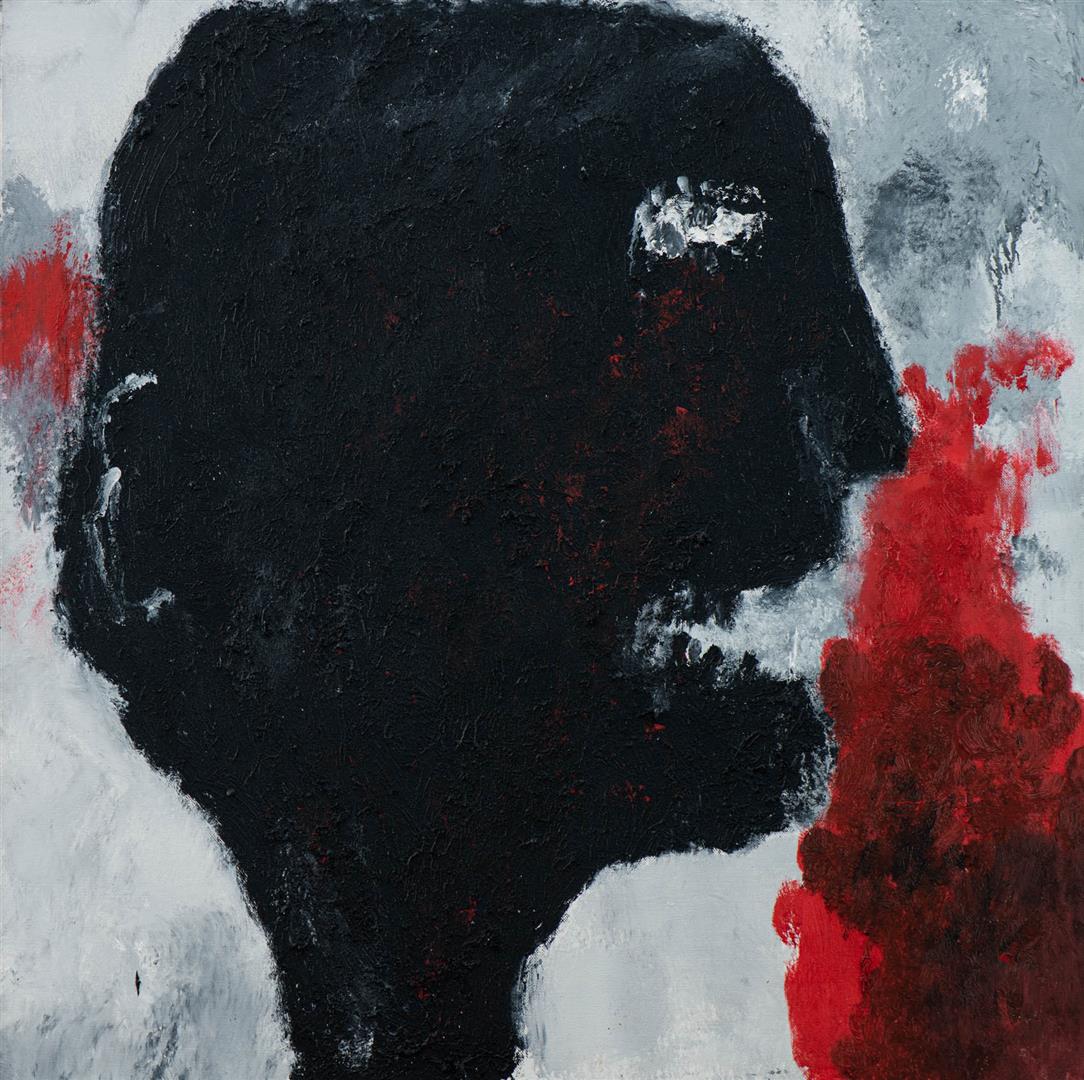 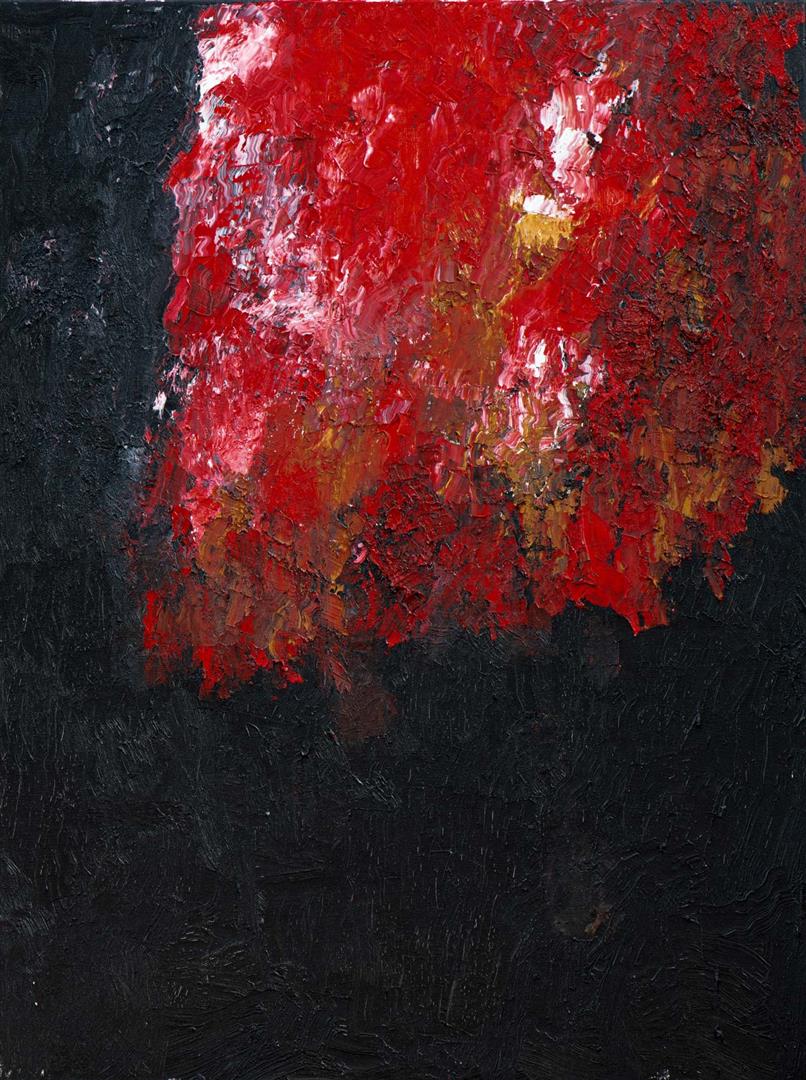 After the Second World War, Armando studied art history at the University of Amsterdam. For ten years, he worked as the editor-in-chief of a newspaper's art section, and in the meantime, as an artist, he became part of the Dutch Informal Group in 1958 (together with artists like Kees van ... 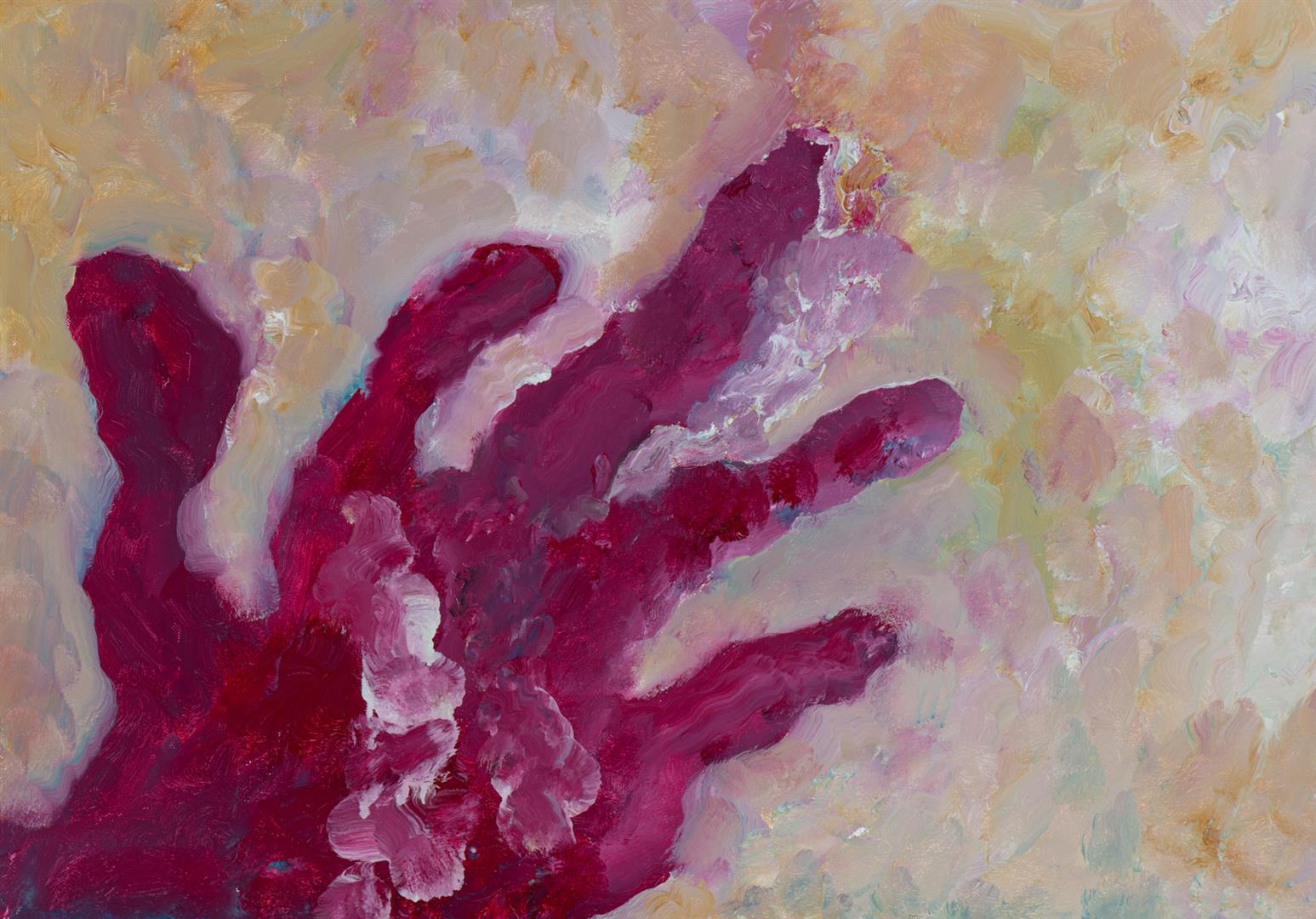