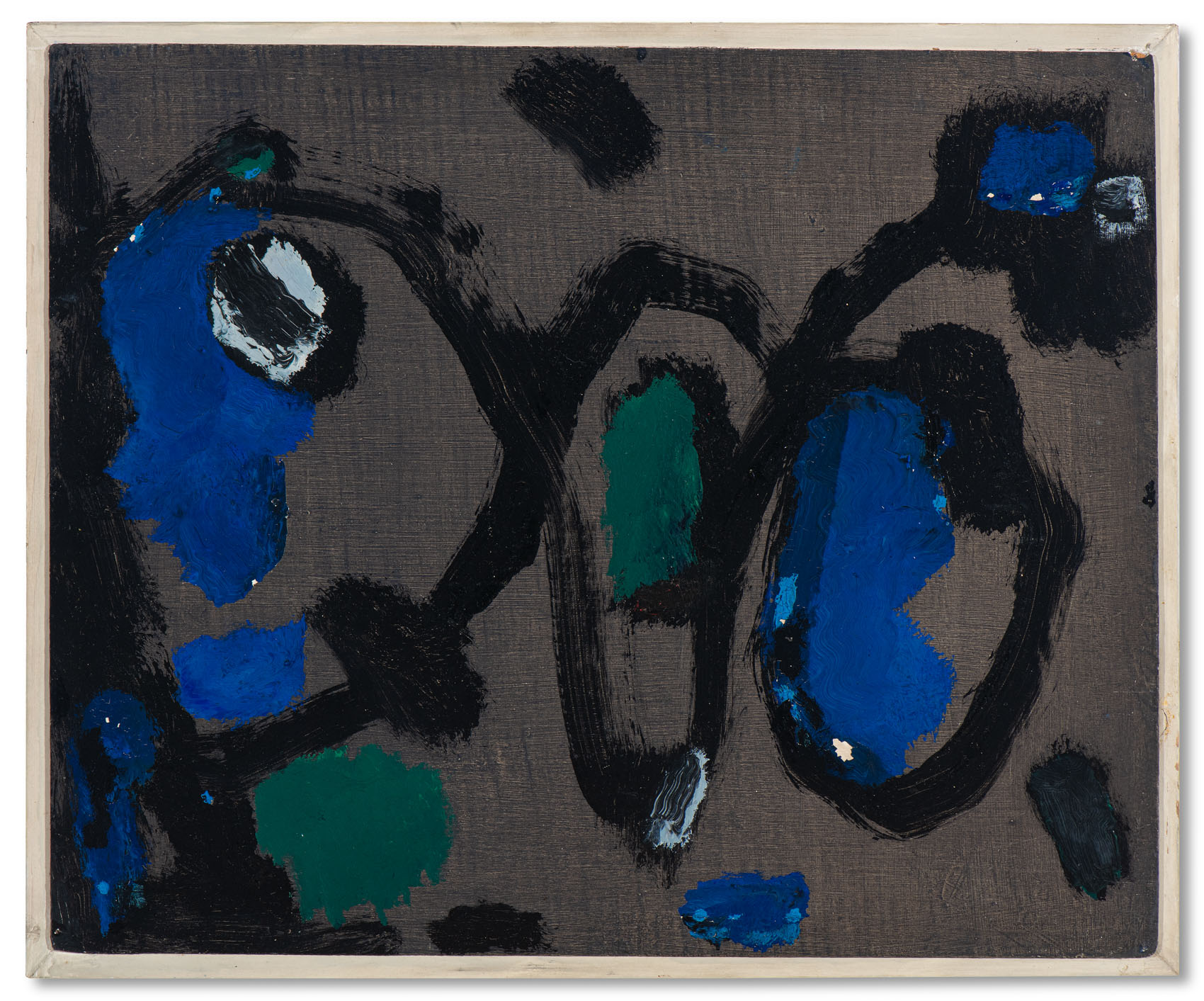 Willem Hussem is a renowned Dutch painter and poet whose art, after the liberation, quickly changed when a new abstraction came into being: free and unregulated expression of personal feelings and fantasies.
In his early years, Hussem mostly painted in a figurative style. In 1918, he moved from Rotterdam to Paris, where he met modern painters such as Georges Vantongerloo, Piet Mondriaan, and Pablo Picasso. In the mid-thirties, due to international tensions and the threat of the fascist regime in Germany, Hussem and his wife came back to the Netherlands and settled in The Hague.
During the war, art primarily needed to be understandable: still lifes and landscapes, preferably depicted realistically. This radically changed after the war when artists arrived at spontaneous abstraction, each in their own way. Hussem embraced his new-found freedom by abandoning recognizable descriptions. Calligraphy became a major inspirational source, which led him initially to all kinds of expressive forms and, later, to balanced compositions of lines, colours, and forms against a monochrome background, as can be seen from this work on offer.

Estimate
€ 3.000 - 5.000
Result
€ 2.500
We use cookies on our website to provide you with the most relevant experience by remembering your preferences and repeat visits. By clicking "Accept" you agree to the use of ALL cookies.
Cookie settingsACCEPT
Manage consent