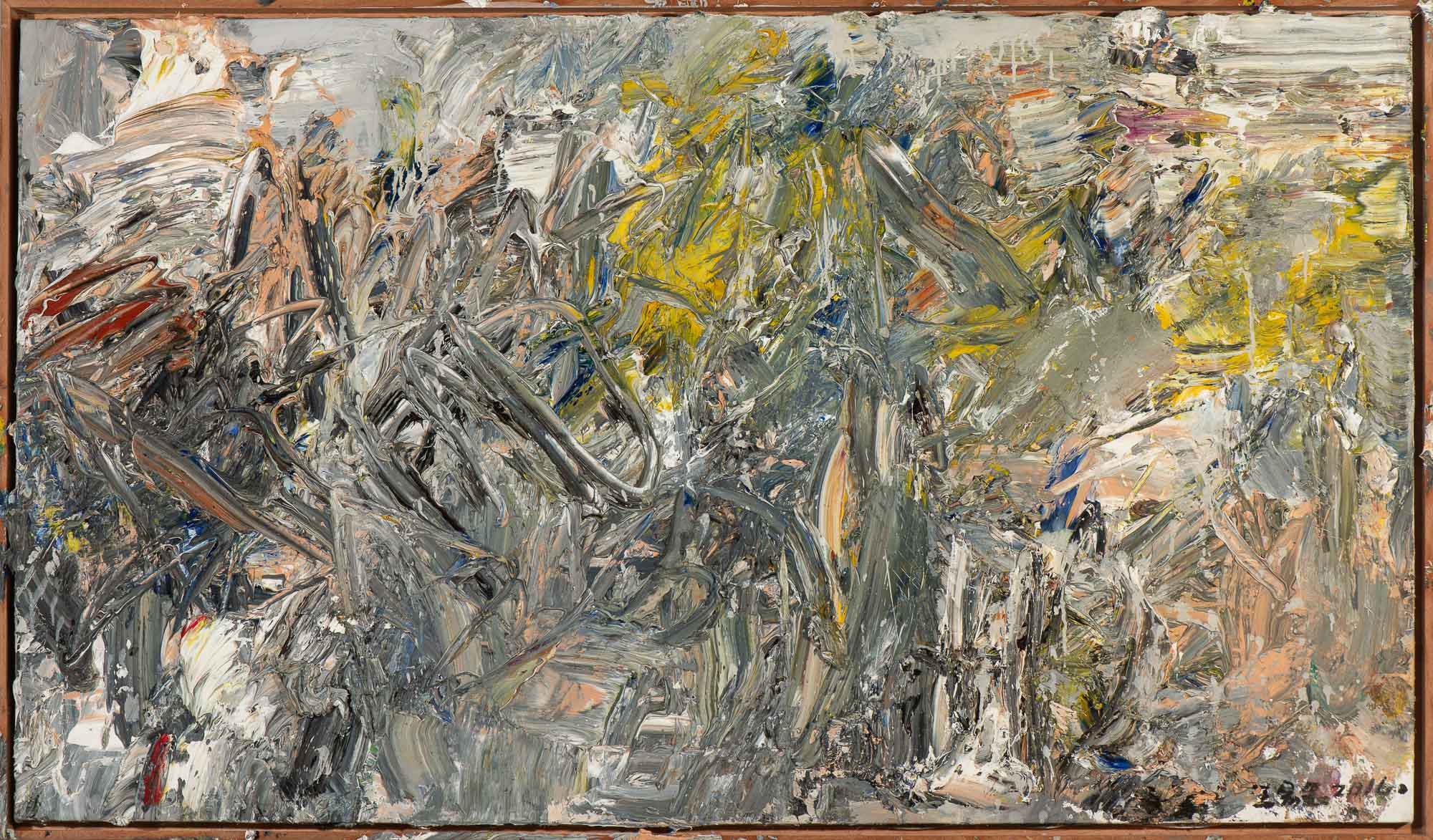 Wang Yigang
(Heilongjiang 1961)
Abstract
Signed in Chinese and dated 2016 lower right
Oil on canvas, 100.4 x 170.6 cm
Provenance:
Collection Martinelli Gallery, Lodi (acquired directly from the artist)
Note:
The Chinese visual artist and curator Wang Yigang was born in 1961 in the province of Heilongjiang, China. When Yigang kicked off his studies at the Oil Painting Department at the Luxun Academy of Fine Arts in Senhyang – of which he graduated in 1986 – he was heavily influenced by Cubism and Futurism. Yigang's style can broadly be described as Abstract Art – despite the presence of some recognizable forms. In his paintings the spatial perspective has turned into a perspective of colour. The intense colors count as the main element of the artist's work. The artist's preference for abstract visual language originates from the idea that narration as well as logic are barely of added value in the arts. Hence, Yigang's art is based on gesture: a fast gesture that is born from a deep impulse and above all accompanies the materials.

Estimate
€ 22.000 - 28.000
Hammer amount
-
We use cookies on our website to provide you with the most relevant experience by remembering your preferences and repeat visits. By clicking "Accept" you agree to the use of ALL cookies.
Cookie settingsACCEPT
Manage consent