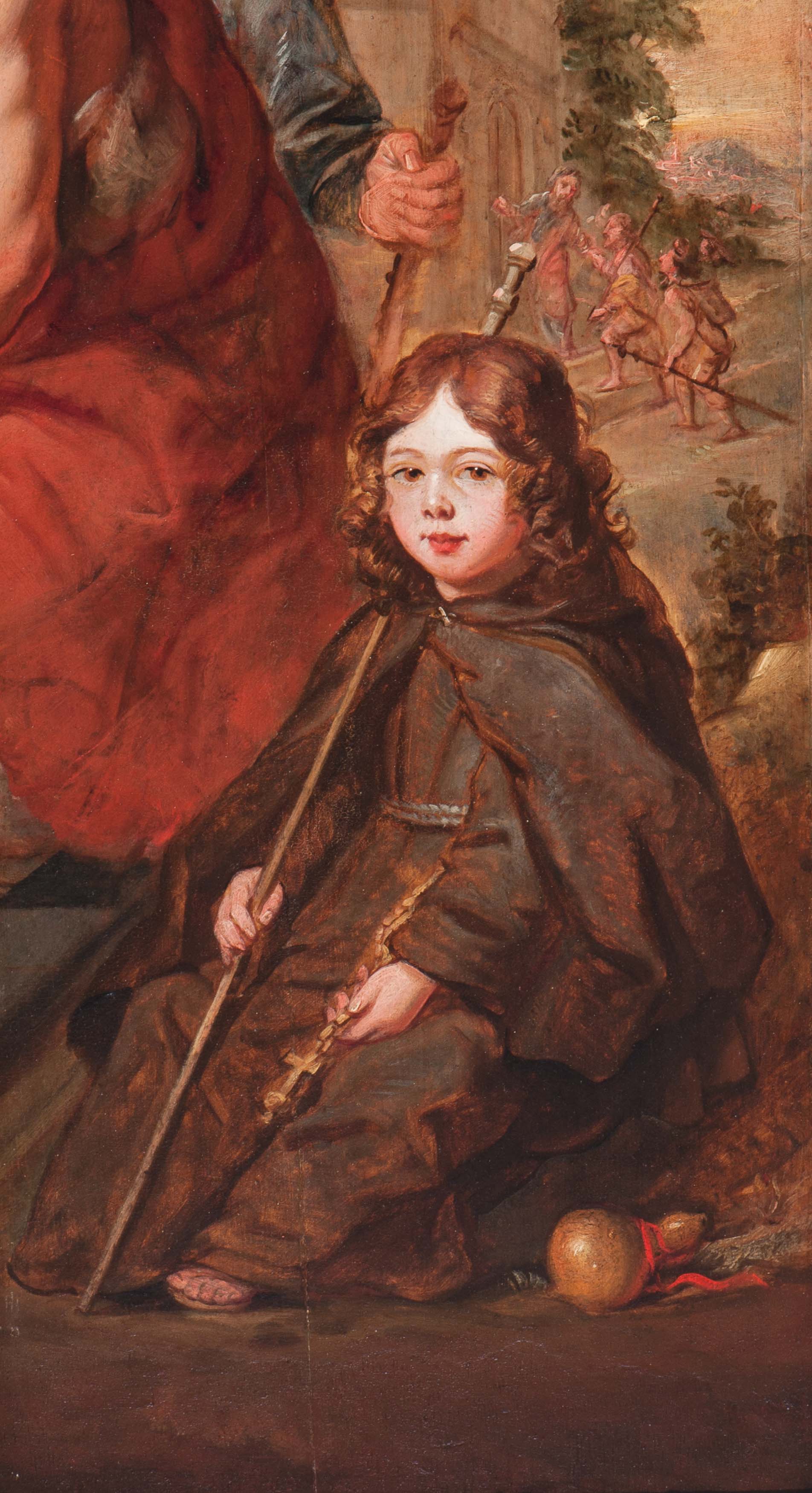 Flemmish school
(First half 17th century)
Portrait of a boy as pilgrim
Oil on panel, 47.7 x 26 cm
NB I:
The work offered here is a fragment of a larger painting.
NB II:
The boy in the offered work is depicted wearing the habit of the Franciscan order. Franciscus of Assisi (1182-1226) was the founder of the Franciscan order, an order known for its sober way of life. Francis is mostly known for his sermons to birds and his contact with animals who became docile in his presence and obeyed him. The religious holiday of Saint Francis is still observed every year on October 4, although this day is better known as World Animal Day. Francis is usually depicted in a brown robe held by a girdle with three knots, symbolizing the virtues of poverty, obedience and chastity.

Estimate
€ 800 - 1.200
Hammer amount
€ 600
We use cookies on our website to provide you with the most relevant experience by remembering your preferences and repeat visits. By clicking "Accept" you agree to the use of ALL cookies.
Cookie settingsACCEPT
Manage consent