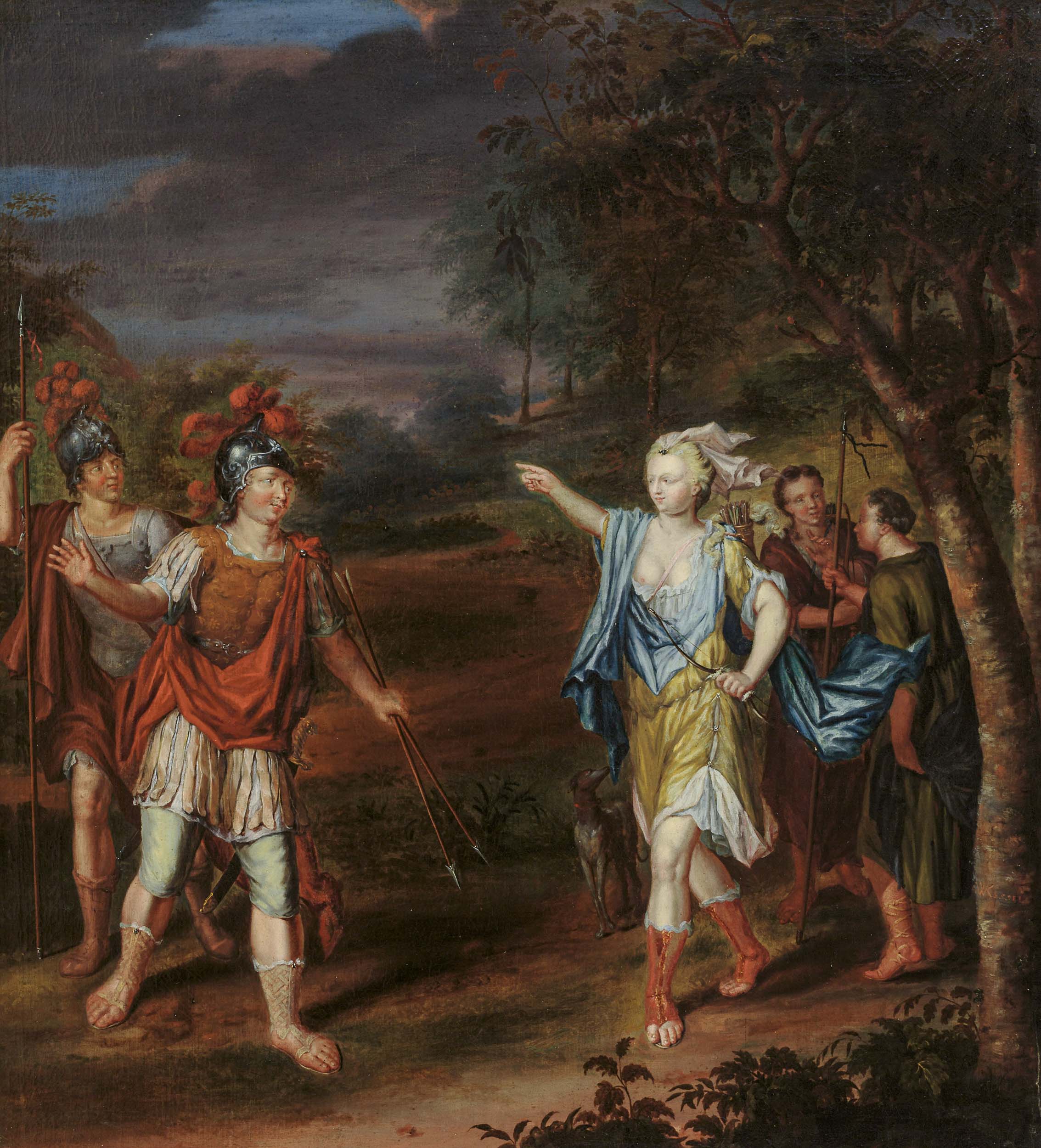 Willem van Kessel
(Asset 1721)
The Meeting of Aeneas and Achates with Venus, Disguised as a Huntress; She Points out Twelve Swans in the Sky
Signed lower right
Oil on canvas, 98.8 x 89.3 cm
Provenance:
– Art Agencies International, The Hague (1993-1995)
– Auction Lempertz, Cologne, November 15, 1995, lot 1297
- Private collection, the Netherlands
Note:
Registered at the RKD – Netherlands Institute for Art History in The Hague under number 1724.

The two Trojan warriors have survived a storm after the Sack of Troy and have arrived on the coast of Africa. Venus – disguised as a huntress, with a bow and quiver on her back – directs her son Aeneas and his faithful companion Achates to the city of Carthage and Queen Dido. The scene is from an episode in the first book of Virgil's epic poem 'The Aeneid'.

Estimate
€ 1.500 - 2.500
Result
€ 1.500
We use cookies on our website to provide you with the most relevant experience by remembering your preferences and repeat visits. By clicking "Accept" you agree to the use of ALL cookies.
Cookie settingsACCEPT
Manage consent