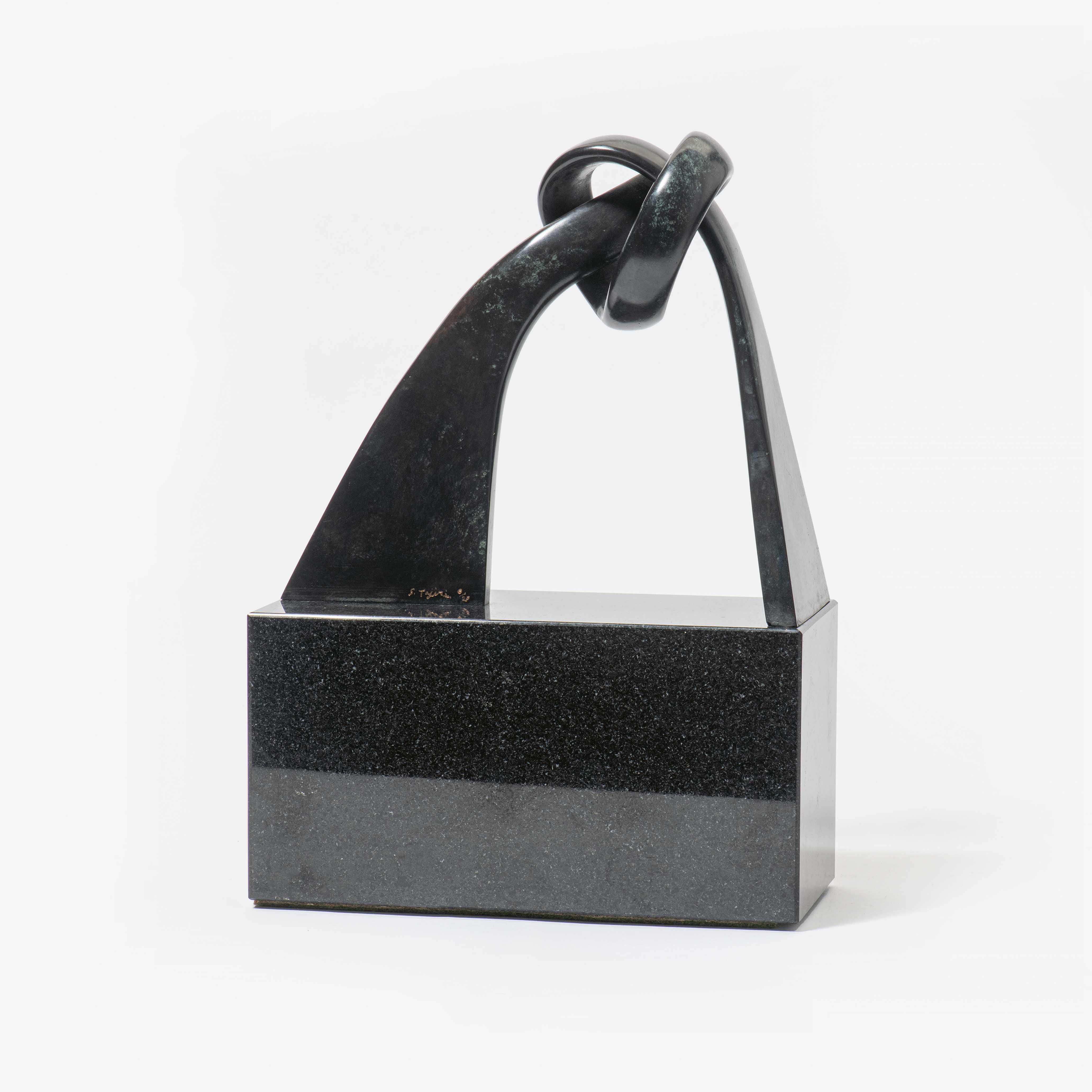 Shinkichi Tajiri
(Los Angeles 1923 – Baarlo 2009)
Untitled (1993)
Signed and numbered 8/20 on the foot
Bronze with black patina on granite base, H. 39.4 cm
Note:
Shinkichi Tajiri was a Dutch-American sculptor of Japanese descent (a nisei or second-generation emigrant from Japan). He was also involved in painting, photography and filmmaking. In 1942, Tajiri was imprisoned with many other Americans or Japanese descent. A year later he volunteered for the army and was sent to Italy to fight. In protest at the treatment of the Japanese population during the war, Tajiri left the United States in 1948. He arrived in Le Havre on September 28 of that year and settled in the Montparnasse district of Paris, where he was once on leave during the war . Tajiri studied with Ossip Zadkine until November 1949, then with Fernand Léger until September 1950 and then for a year at the Académie de la Grande Chaumière. In 1949 Tajiri came into contact with the CoBrA group and exhibited with them at the Stedelijk Museum in Amsterdam. As sculptor and painter, Tajiri exhibited at the famous Kassel documenta II, 1959; III, 1964 and IV, 1968. After moving to the Netherlands in 1956, Shinkichi Tajiri received Dutch citizenship in 2008 and died in 2009 at the age of 85.

Estimate
€ 1.500 - 3.500
Hammer amount
€ 4.000
We use cookies on our website to provide you with the most relevant experience by remembering your preferences and repeat visits. By clicking "Accept" you agree to the use of ALL cookies.
Cookie settingsACCEPT
Manage consent