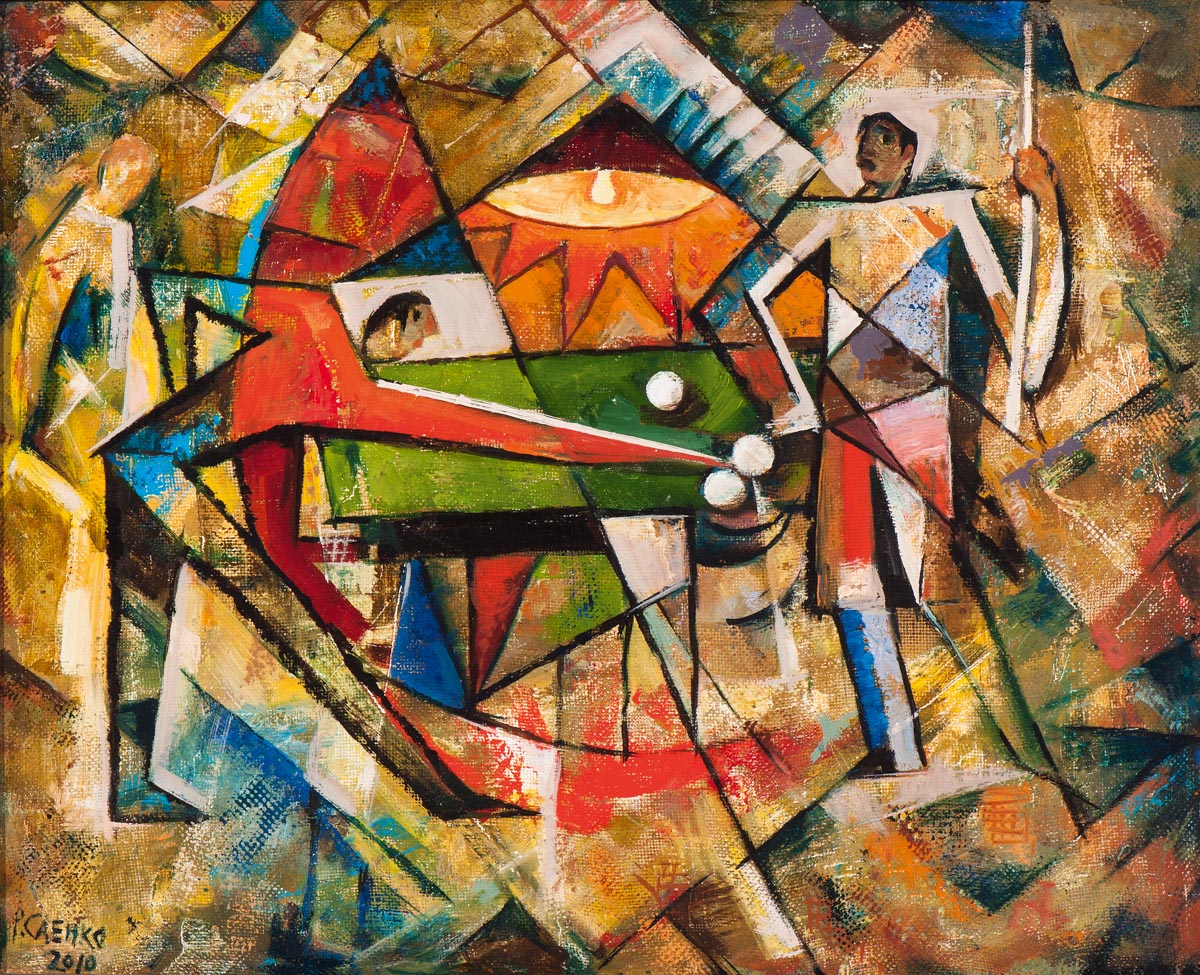 Ruslan Saenko
(Tashkent 1933)
Billiard players
Signed and dated 2010 ll
Signed, titled and dated 2010 on the reverse
Oil on canvas, 49 x 60 cm
NB:
The post-war artist Saenko harks back to the pre-war Russian traditions in his works. During his art training in Leningrad in 1951 he comes in contact with Russian constructivism and avant-garde from the twenties and thirties. The forms, compositions and use of color strongly resemble that of his predecessors, including Kazimir Malevich. Work by Saenko is part of the collection of fifteen state museums in Ukraine and Russia.

Estimate
€ 500 - 800
Hammer amount
-
We use cookies on our website to provide you with the most relevant experience by remembering your preferences and repeat visits. By clicking "Accept" you agree to the use of ALL cookies.
Cookie settingsACCEPT
Manage consent