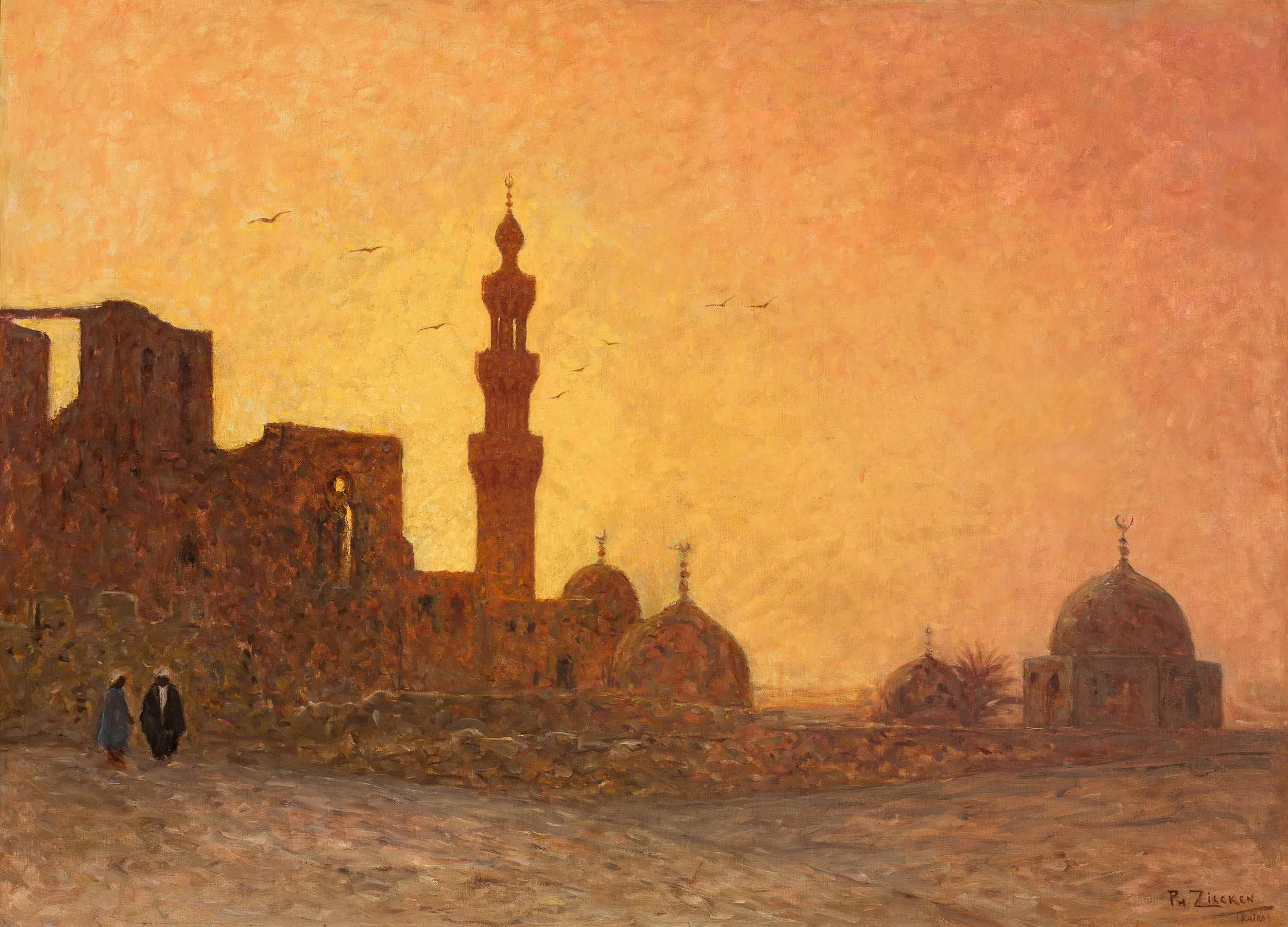 Philip Zilcken
(The Hague 1857 – Villefranche-sur-Mer 1930)
Evening in Cairo (c. 1912 – 1913)
Signed and annotated Cairo lower right
Oil on canvas, 92.1 x 124.7 cm
Provenance:
– Collection ML (Henk) Maas
– Studio 2000 Art Gallery, Blaricum (2009)
- Private collection, the Netherlands
Literature:
Studio 2000 Magazine, Volume 15, No. September 3, 2009
Note:
Charles Louis Philippe Zilcken was a Dutch artist and writer. In 1928 he personally wrote his memoirs under the title translated as Memories of a Dutch Painter of the Nineteenth Century; primarily being a remembrance of his travels to, and interest in North-African countries, such as Egypt.
This painting depicts the oriental skyline of Cairo in chamsin in the evening.
Zilcken wrote: “The night began to fall; delicate warm pink, like some kinds of coral, the minarets of the Mosques of Sultan Hassan, Rifâijje, and Soleimân-Pâsja, stood out against the muted-soft-blue sky, which turned to the horizon in purplish-grey. A faint glow of gold gilded the highest domes for a moment, and at the same moment gold dots began to glitter in the velvety dark alleys, the first lights of the shops and the street windows.”
This painting, in which Zilcken captured the atmosphere of the city so well, was praised by the press several times, such as in Elsevier in 1915 and in L'Art et les Artistes in 1923.

Estimate
€ 2.000 - 4.000
Result
€ 2.000
We use cookies on our website to provide you with the most relevant experience by remembering your preferences and repeat visits. By clicking "Accept" you agree to the use of ALL cookies.
Cookie settingsACCEPT
Manage consent