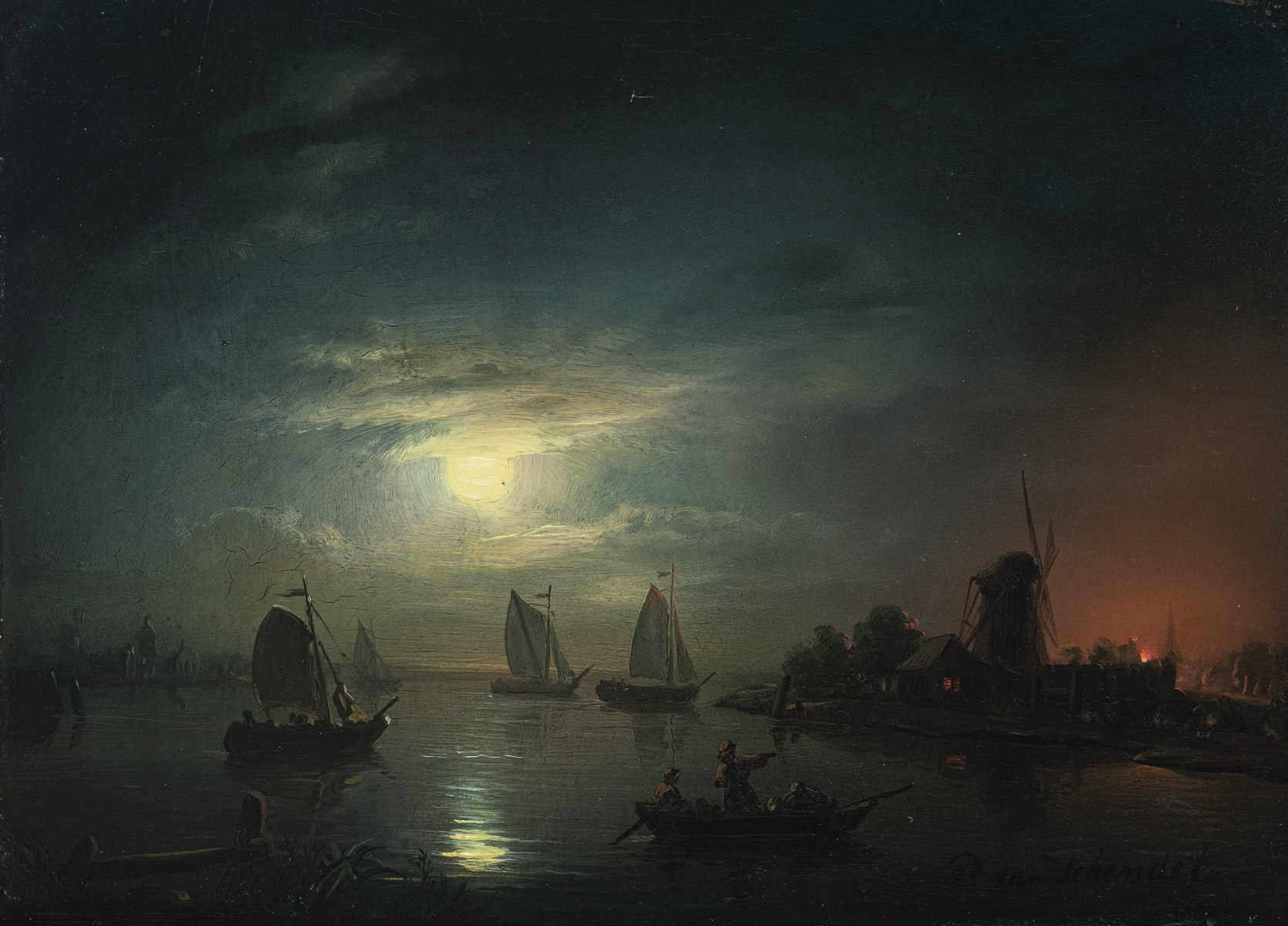 Peter of Schendel
(Terheijden 1806 – Brussels 1870)
Moonlit Riverscape
Signed lower right
Oil on panel, 19 x 25.9 cm
Provenance:
Private collection, the Netherlands
Exhibited:
Norddeutsche Cycle Kunstvereine (label on the reverse)
Note:
Petrus van Schendel was one of the most important artists of the Dutch Romantic School. He was born into a family of merchant farmers in the village of Terheyden, near Breda. Schendel's drawing skills became apparent when he was still a child. In 1822, he left for Antwerp, where he studied at the Academy of Fine Arts. He is best known for his exceptional talent for nocturnal scenes lit by lamps or candles, and landscapes with moonshine acting as the main source of light in the scene. The genre of nocturnal scenes was a response to romantic collectors' fascination for darkness and the mysterious forces of nature. Technically, it is one of the most difficult subjects to paint, which is perhaps why so few artists specialize in it. As this painting exemplifies, Van Schendel is considered the master of light and atmosphere, despite the difficulty of his genre. He succeeded in depicting the moonlight in its full effect; the strong contrasts of light and dark, and the reflections caused by the moon's luminosity, create an evocative atmosphere. Nowadays, Van Schendel's works can be seen in museums, such as the Rijksmuseum in Amsterdam and the Boijmans van Beuningen in Rotterdam.

Estimate
€ 2.000 - 4.000
Result
€ 2.000
We use cookies on our website to provide you with the most relevant experience by remembering your preferences and repeat visits. By clicking "Accept" you agree to the use of ALL cookies.
Cookie settingsACCEPT
Manage consent