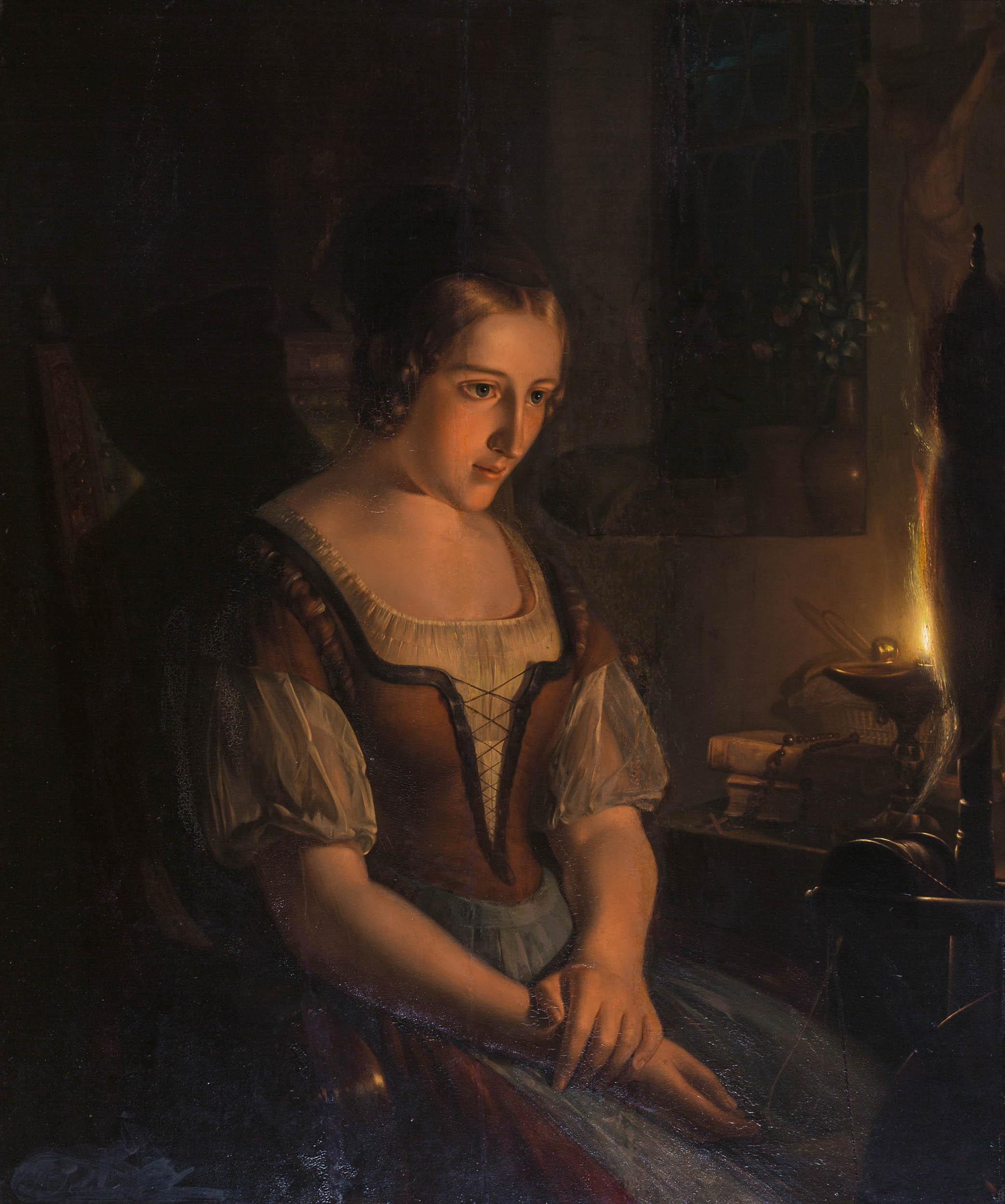 Peter Kiers
(Meppel 1807 – Amsterdam 1875)
A Moment of Contemplation
Signed and dated Amsterdam 1856 lower left
Oil on panel, 90.1 x 76 cm
Provenance:
Private collection, the Netherlands
Note:
The Dutch artist Petrus Kiers created portraits, still lifes and cityscapes, but became best known for his genre scenes lit by lamps or candles. From 1825 to 1826 the youngster attended the Rijksakademie. In 1837 he married the painter Elisabeth Alida Haanen, their son and daughter both became painters. Petrus Kiers won a silver medal, issued in 1841 by the prestigious Felix Meritis Society. Kiers was a member of Arti et Amicitiae and, in 1856, he was appointed a member of the Rijksakademie. He exhibited widely, including shows in Paris and New York, and also gained a reputation as a pioneering photographer. For several years he was a painter in a photography studio with Johann Benjamin Snoek.

Estimate
€ 2.000 - 3.000
Hammer amount
€ 1.900
We use cookies on our website to provide you with the most relevant experience by remembering your preferences and repeat visits. By clicking "Accept" you agree to the use of ALL cookies.
Cookie settingsACCEPT
Manage consent