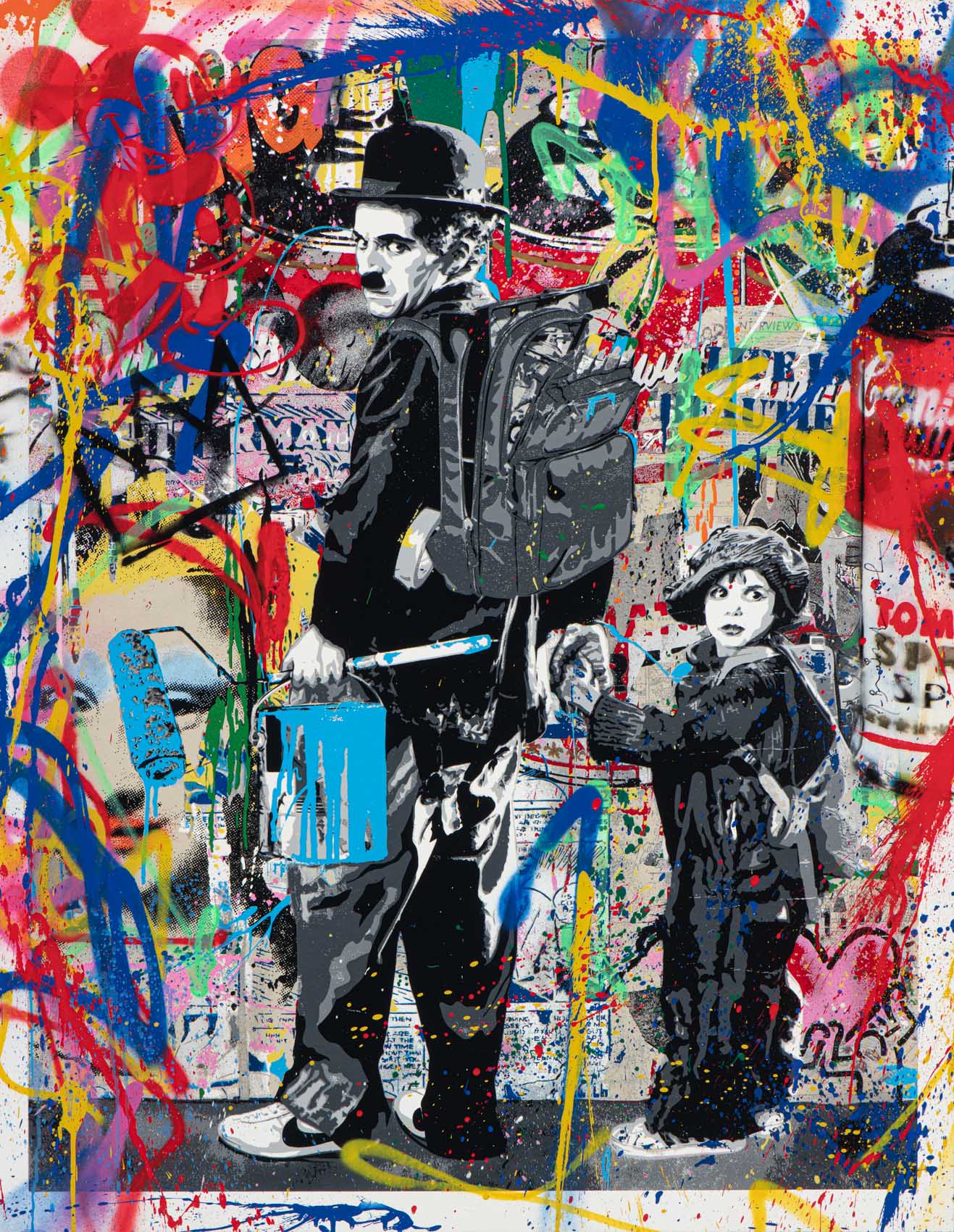 Mr. Brainwash (Thierry Guetta)
(Garges-lès-Gonesse 1966)
Just Kidding (Charlie Chaplin)
Signed center right
Stencil and mixed media on paper laid down on canvas, 120.3 x 94.7 cm
Provenance:
- Galeries Bartoux, Singapore
- Private collection, the Netherlands
Note:
Thierry Guetta, best known by his moniker Mr. Brainwash, is a French-born, Los Angeles-based street artist. A provocative figure in the world of street art, Mr. Brainwashing practices an irreverent brand of appropriation. Much like Warhol, Mr. Brainwash re-appropriates popular images and juxtaposes them within his canvas – however, where Warhol used Marilyn, Brainwash uses Charlie Chaplin. The artist subtly alters the picture or its context, mischievously undermining the tone of the source material. A number of critics have observed that his works strongly emulate the styles and concepts of Banksy, and have speculated that Guetta is an elaborate prank staged by Banksy, who may have created the works himself. He has been quoted as saying: “Banksy captured me becoming an artist, in the end, I became his biggest work of art.”

Estimate
€ 8.000 - 12.000
Result
-
We use cookies on our website to provide you with the most relevant experience by remembering your preferences and repeat visits. By clicking "Accept" you agree to the use of ALL cookies.
Cookie settingsACCEPT
Manage consent