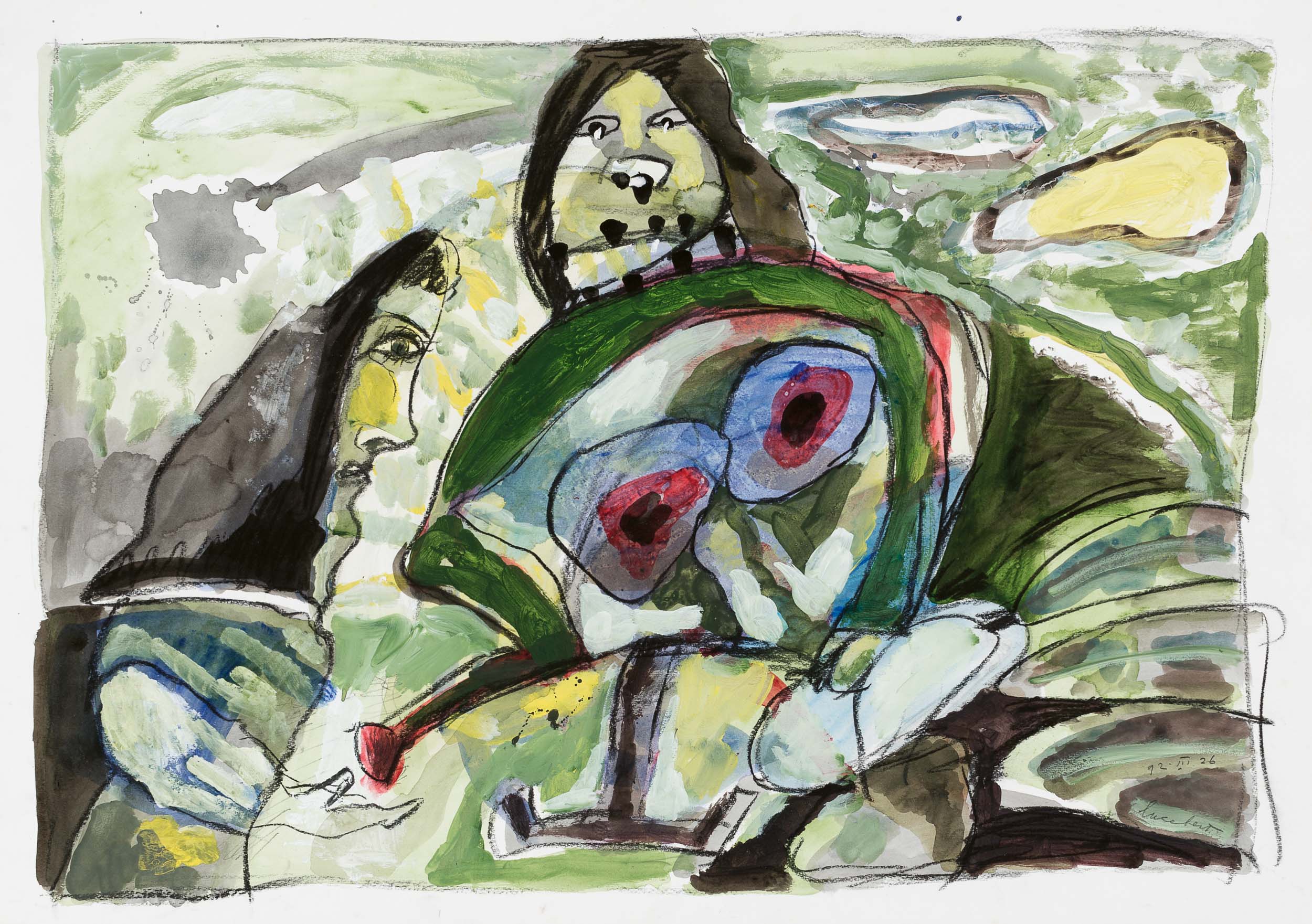 Lucebert
(Amsterdam 1924 - Alkmaar 1994)
Untitled
Signed and dated 92.III.26 lower right
Mixed media on paper, 70.6 x 99.7 cm
Provenance:
Private collection, the Netherlands
Note:
Lucebert (Lubertus Jacobus Swaanswijk) was a Dutch artist who first became known as the poet of the CoBrA movement. Already at an early age he was interested in both literature and art, with a fascination for German romantic poetry, modern painting (Picasso, Klee, Ernst) and comic strips. The influence of the latter can still be clearly seen in the cartoon and cartoon-like nature of his drawings and paintings. He won four impressive oeuvre prizes for his poetry, and his line of verse “everything of value is defenseless” (everything of value is defenceless) is part of the collective memory of the Dutch. Yet his poetry does not outshine his visual work. Lucebert's paintings and drawings, for example, are still regularly exhibited in museums.

Estimate
€ 2.500 - 3.500
Result
€ 1.800
We use cookies on our website to provide you with the most relevant experience by remembering your preferences and repeat visits. By clicking "Accept" you agree to the use of ALL cookies.
Cookie settingsACCEPT
Manage consent