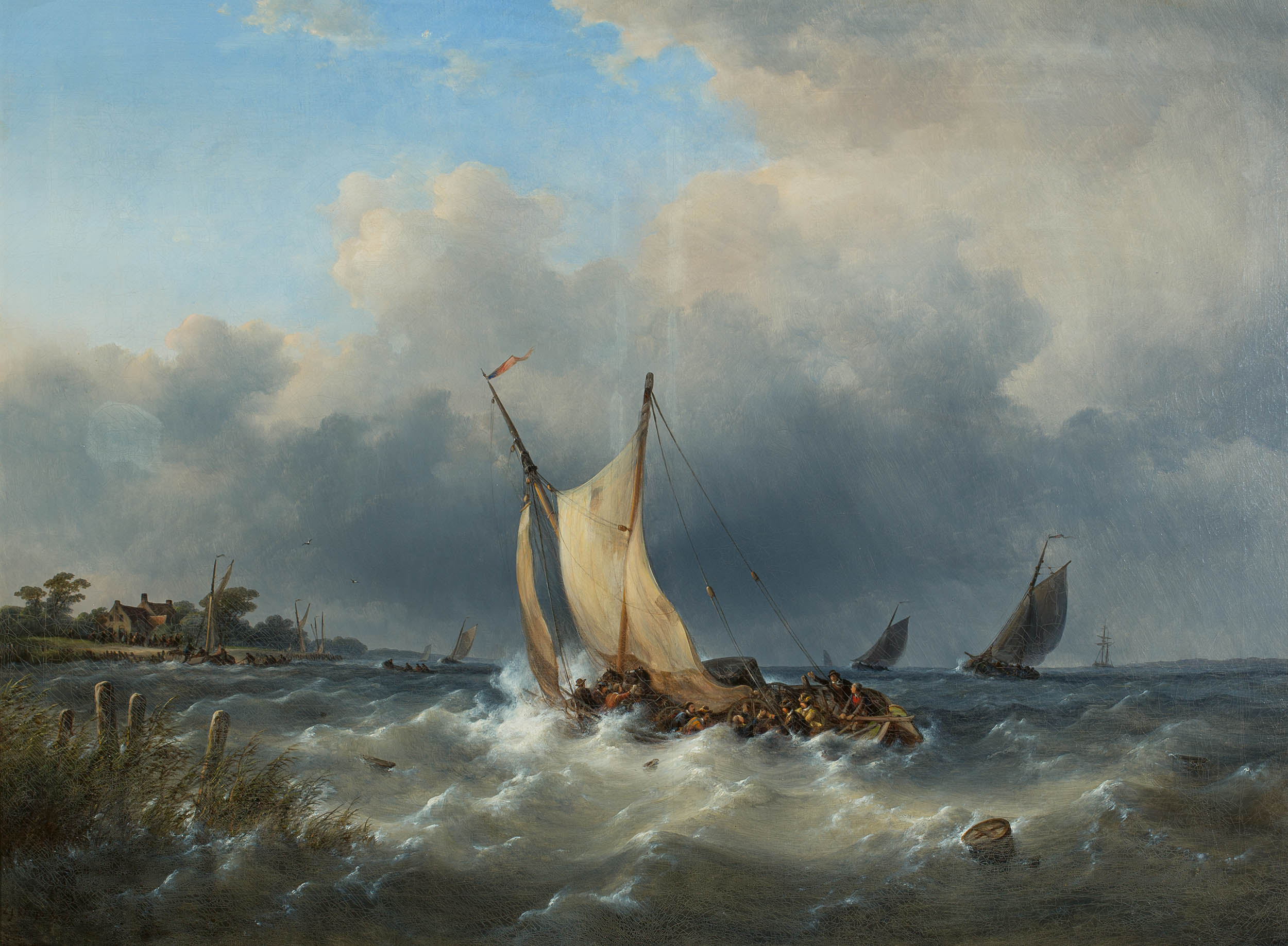 Louis Johannes Kleijn
(Loosduinen 1817 – The Hague 1897)
La Traversée Fatale du Hollands Diep (The Crossing of the Hollands Diep)
Signed lower left
Oil on canvas, 101.8 x 136.5 cm
Provenance:
– Collection Baron van Hattum, Scheveningen
– Centraal Museum, Utrecht, 1961, no. 116 (on loan)
– Auction Paul Brandt, Amsterdam (according to a label on the stretcher)
- Private collection, the Netherlands
Note:
This painting depicts the historical and fatal moment from the life of Johan Willem Friso (1687-1711), Prince of Orange and the Stadtholder of Friesland and Groningen in the Dutch Republic. Prince Friso arrived at Moerdijk on 14 July 1711, where he wanted to cross the Hollands Diep to meet his rival Frederik of Prussia in The Hague. Although the weather seemed to be safe, a severe storm was approaching. While mooring, the ship was struck by a heavy wind gust: the boat tilted, scooped water, and all crew members fell overboard. The skipper unsuccessfully initiated a rescue operation: the young prince drowned, as did his chamberlain. The other crew members could have been rescued. On 25 February 1712, more than seven months after his death, Johan Willem Friso was interred in the crypt of the Friesche Nassau's in Leeuwarden.

Estimate
€ 4.000 - 6.000
Result
€ 7.000
We use cookies on our website to provide you with the most relevant experience by remembering your preferences and repeat visits. By clicking "Accept" you agree to the use of ALL cookies.
Cookie settingsACCEPT
Manage consent