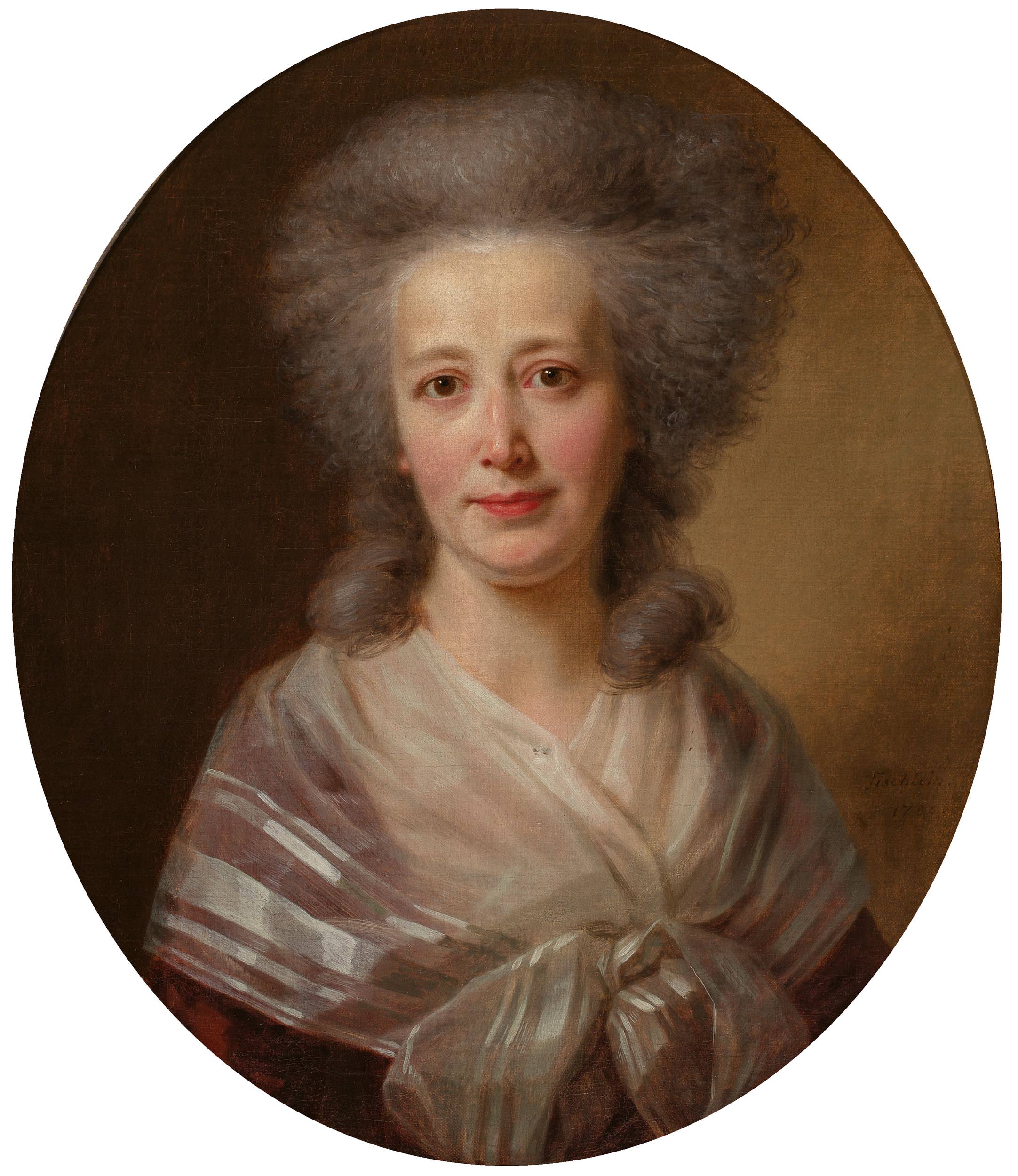 The German painter Johann Friedrich August Tischbein, known as the Leipziger Tischbein, was part of the Tischbein painters dynasty and seen as one of the best portrait painters of his time. Tischbein seems to be strongly influenced by the work of artists such as Thomas Gainsborough and Élisabeth Vigée-Le Brun. As one of the first portraitists of his generation he portrayed the new views on art, society and being human. In 1780 Tischbein was appointed court painter to the German Friedrick Karl August, Prince of Waldeck-Pyrmont. During this period he regularly traveled to the Dutch Republic, where he also received commissions from the nobility and well-to-do bourgeoisie (including Stadholder Willem V van Oranje). In 1795 he was invited to Dessau by Duke Leopold III of Anhalt-Dessau. In 1806 he left for Saint Petersburg to settle the legacy of his brother. Although he intended to remain short, he received a large number of lucrative orders from the Russian nobility of the next three years. In 1812 Tischbein died in Heidelberg at the age of 62.

The Rijksmuseum Twente currently has an exhibition – in collaboration with Het Loo Palace and Gemäldegalerie Alte Meister – dedicated to the life and work of Tischbein (on view until 20 January 2020).

Estimate
€ 5.000 - 8.000
Result
€ 7.500
We use cookies on our website to provide you with the most relevant experience by remembering your preferences and repeat visits. By clicking "Accept" you agree to the use of ALL cookies.
Cookie settingsACCEPT
Manage consent