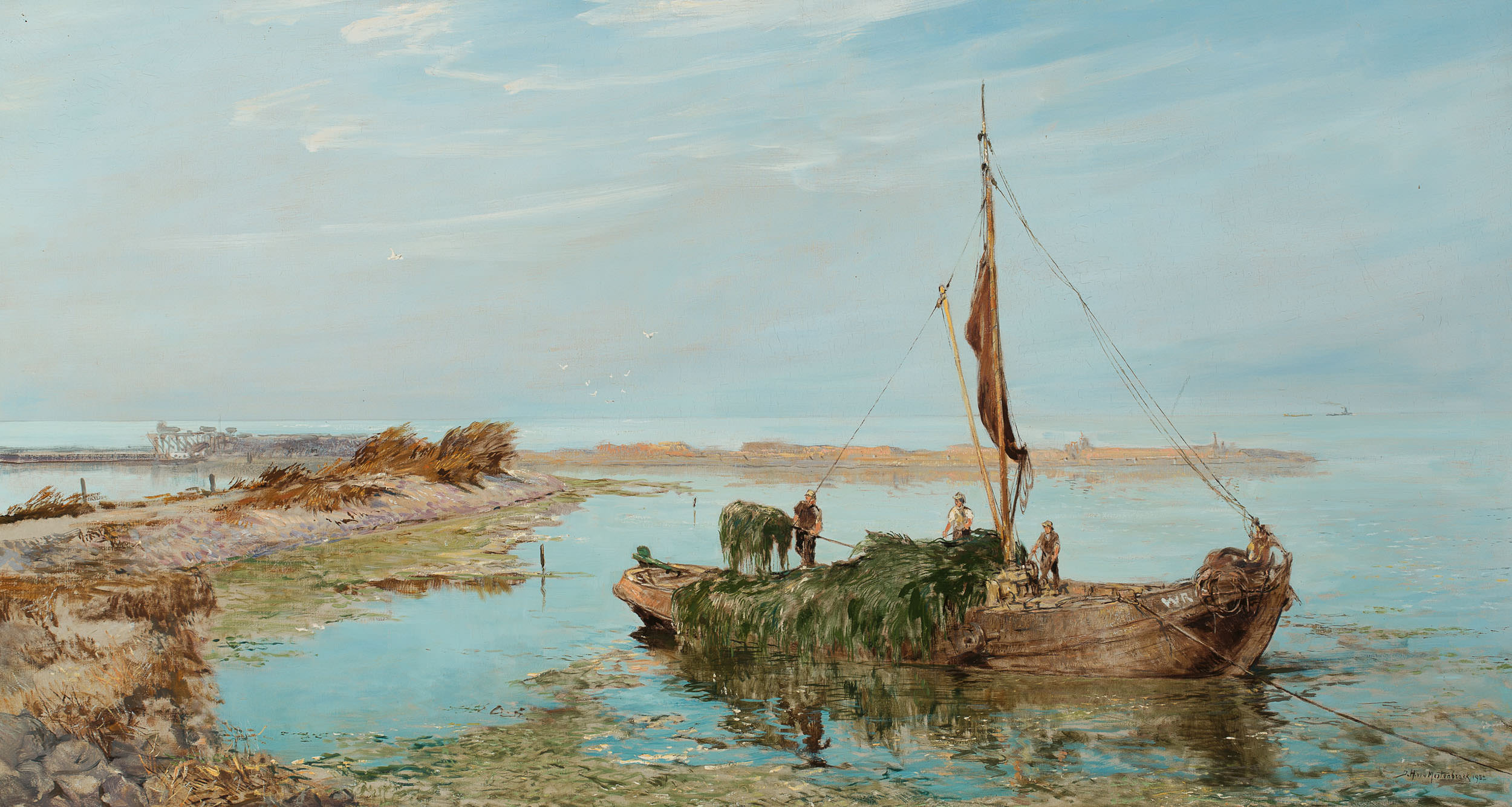 Johan Hendrik van Mastenbroek
(Rotterdam 1875 – 1945)
"Weed mowing" in Breezand
Signed and dated 1932 lower right
Signed and titled on a label on the stretcher
Oil on canvas, 71.1 x 130.7 cm
Provenance:
Private collection, the Netherlands
Note:
The depicted barge is marked with 'WR' for Wieringen, a city in the upper north of the Netherlands. The depicted vessel was used for Wiemaaien; fishing on the shallow mudflats for seaweed or eelgrass. Dried eelgrass was used as an insulating material and filling for mattresses. As the material was rare to find, Wieringer fishermen even went as far as Breezand to collect the eelgrass. The Afsluitdijk, which was being built at that time, is visible in the background.
The study for this painting in black chalk is part of the collection of the Zuiderzee Museum in Enkhuizen.

Estimate
€ 8.000 - 12.000
Result
€ 7.900
We use cookies on our website to provide you with the most relevant experience by remembering your preferences and repeat visits. By clicking "Accept" you agree to the use of ALL cookies.
Cookie settingsACCEPT
Manage consent