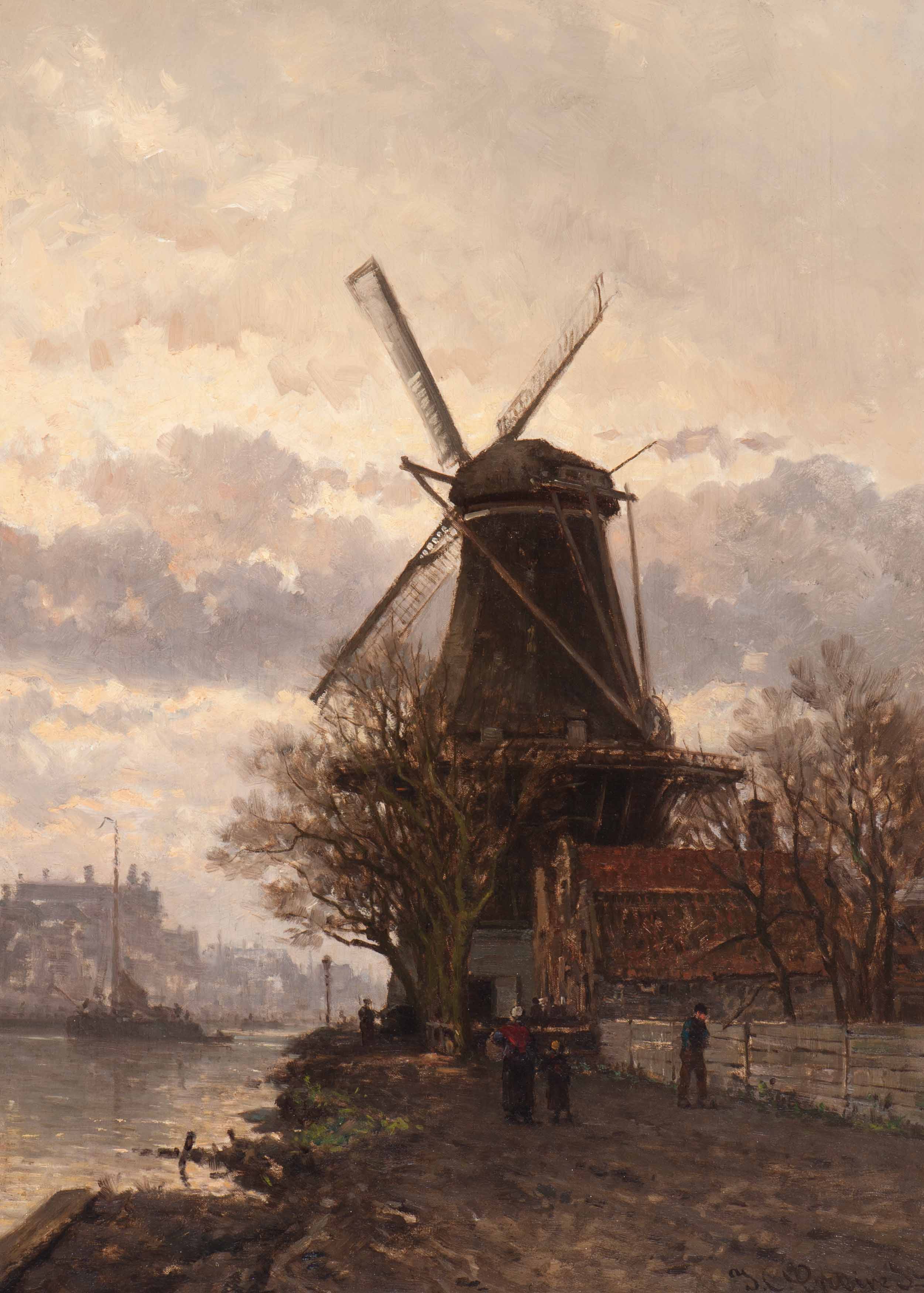 Johan Conrad Greive
(Amsterdam 1837 – 1891)
Mill 'The Victor'
Signed lr
Oil on canvas, 63.4 x 45 cm
Provenance:
– Auction Frederik Muller, Amsterdam, December 1891, lot 326
– Auction Bonhams, London, October 28, 2009, lot 6
- Private collection, the Netherlands
Literature:
J. Greive, Johan Conrad Greive 1837-1891, Just a craftsman, Scriptum Art, Schiedam, 2013, page 172, ill. 242
NB:
Mill 'The Victor' is named after the patron saint of the miller's guild. Saint Victor was a roman soldier in the 3rd century AD. He had converted to Christianity and refused to offer to the Roman god Jupiter. Emperor Maximianus charged him to death by having him ground between two millstones, at the day of execution the sails refused to turn as by a miracle. After his death he was declared a saint named Saint Victor or Saint Veghter. Windmill 'De Victor' also was a fighter: he kept his ground for a long time, but as one of Amsterdam's last city mills had to be demolished due to house building in 1898.

Estimate
€ 3.000 - 4.000
Hammer amount
€ 3.000
We use cookies on our website to provide you with the most relevant experience by remembering your preferences and repeat visits. By clicking "Accept" you agree to the use of ALL cookies.
Cookie settingsACCEPT
Manage consent