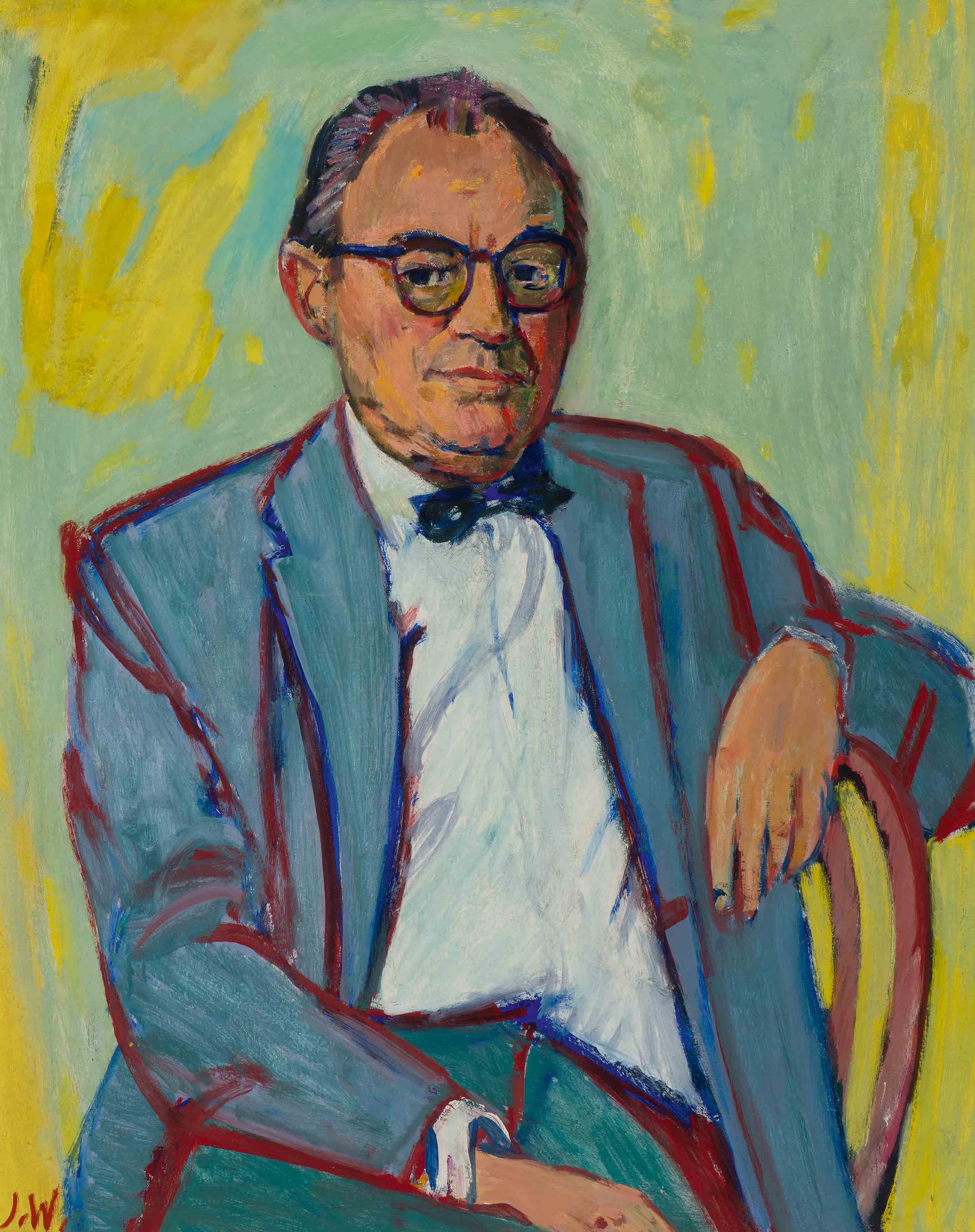 Jan Wiegers
(Kommerzijl 1893 – Amsterdam 1959)
Portrait Theo Swagemakers
Signed with initials ll
Signed, titled and dated 1959 on the reverse
Oil on canvas, 92.2 x 73.2 cm
Provenance:
– Auction Christie's Amsterdam, December 1, 1999, lot 223
– Private collection, The Netherlands
Literature:
B. de Baat Goalkeeper, Here is Amsterdam, AW Bruna & Son, Utrecht, 1959, No. 42 (ill.)
NB:
Jan Wiegers is regarded as the pioneer of Dutch modernism. Even before 1920 the artist experimented with various modern styles, his expressive paintings and his free use of color were groundbreaking. In the nineteen fifties he was appointed professor at the Rijksacademie in Amsterdam, which was the culmination of his artistic career. The lot offered here depicts the important portraitist Theo Swagemakers, contemporary and colleague, recorded in the renowned palette of Wiegers.

Estimate
€ 2.000 - 3.000
Hammer amount
€ 3.000
We use cookies on our website to provide you with the most relevant experience by remembering your preferences and repeat visits. By clicking "Accept" you agree to the use of ALL cookies.
Cookie settingsACCEPT
Manage consent