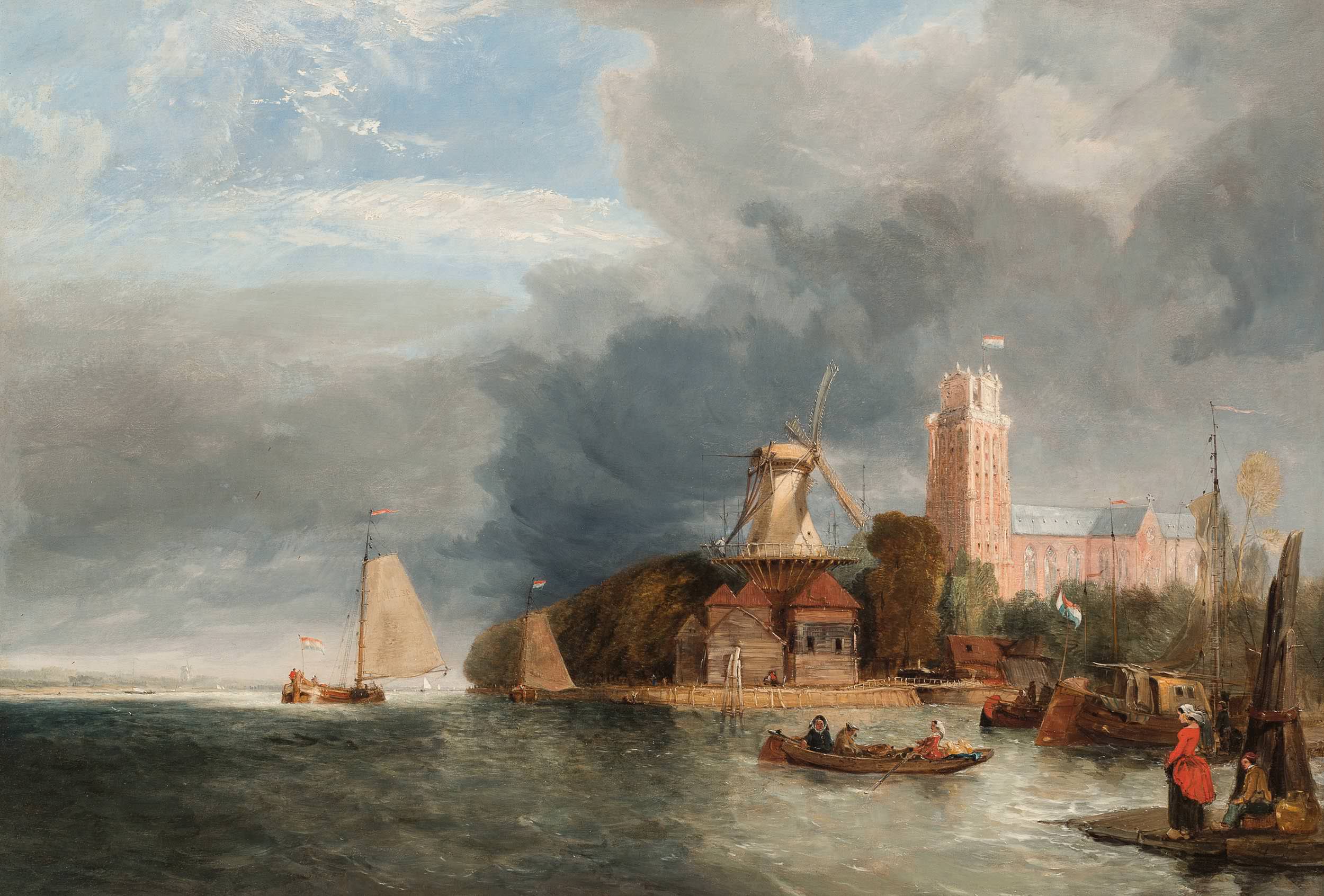 James Holland
(Burslem 1799 – London 1870)
October Morning, Dordrecht
Signed with initials and dated 1849 lower right
Oil on canvas, 76.3 x 111 cm
Provenance:
—The Fine Art Society, London (1948)
– Auction Bonhams, London, September 5, 2001, lot 245
– Auction Christie's, London, 20 June 2013, lot 129
- Private collection, the Netherlands
Note:
James Holland was one of the most talented and versatile painters of his generation. Born in Burslem, also known as 'The Potteries', Holland began his career at an early age as a porcelain painter. As young as 19, he left for London to pursue a professional career as an artist.

From the early 1830s onwards, Holland undertook extensive tours on the Continent, where he worked and traveled in France, Switzerland, Portugal, Venice and The Netherlands.
In 1845 he visited Dordrecht and made studies of the scaffolding mill, which he painted in this particular work a few years later.
The paintings Holland made from his studies abroad are characterized by his use of vibrant colors and dramatic light effects, and are widely regarded as being amongst his most accomplished.