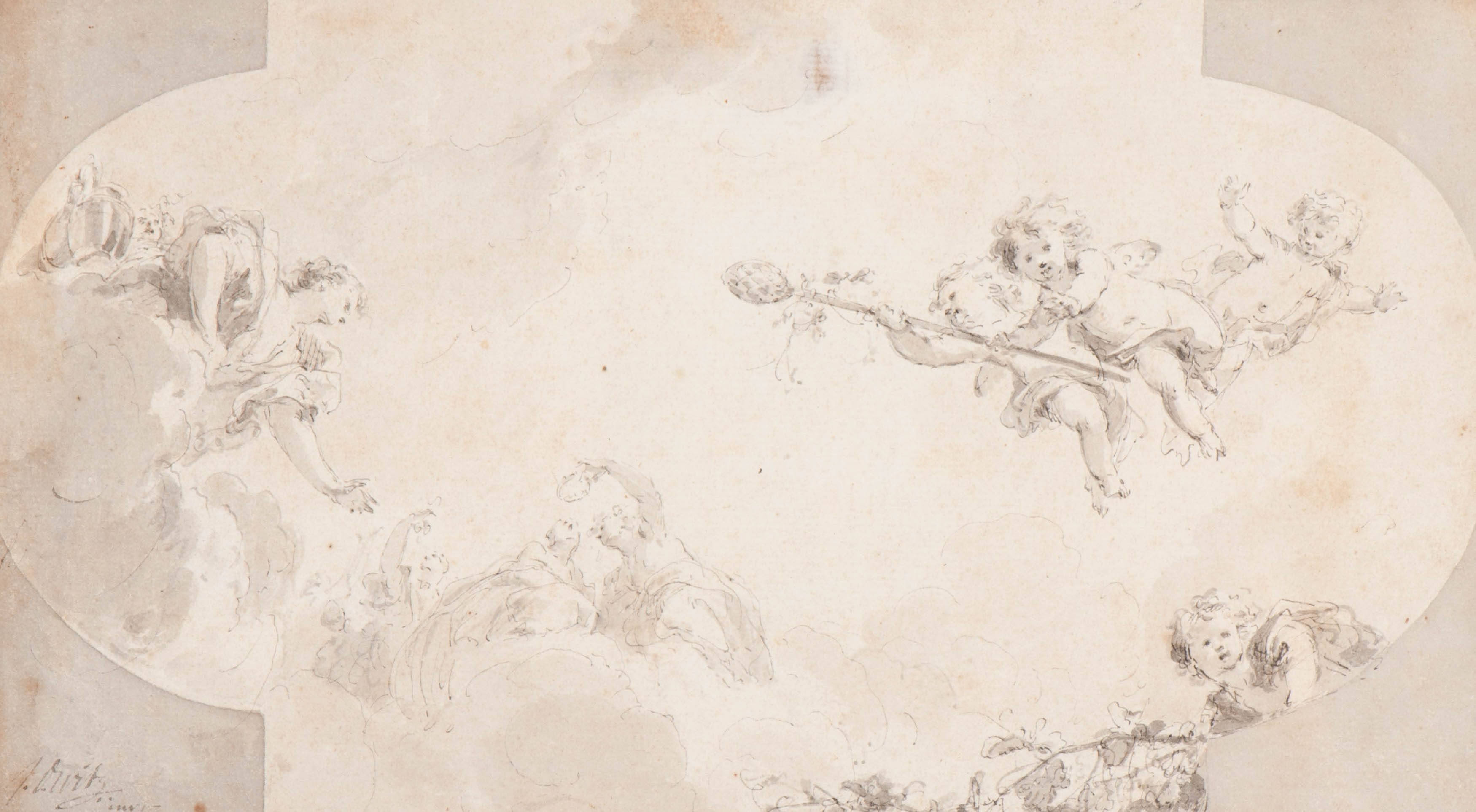 Jacob de Wit
(Amsterdam 1695 – 1754)
Allegory of spring (study for a ceiling painting)
Signed ll
Pen and black and gray wash, 16.4 x 29.3 cm
Provenance:
– Gebr. Douwes Fine Art, Amsterdam
– Private collection, The Netherlands
NB:
Jacob de Wit, born in the Jordaan neighborhood of Amsterdam, and Cornelis Troost (1696-1750) were among the most deserving painters of the eighteenth century. His clients were exclusively from the upper classes. In a baroque style, similar to that of Peter Paul Rubens, De Wit became a success by making many Rococo ceiling-, door- and chimney paintings. These were mainly painted for houses on the Amsterdam canals. In addition to his monumental works the pen drawings and studies by De Wit were also very well executed. He was also renowned for his extremely realistic oil paintings of sculpture, also called grisailles, that were soon nicknamed 'Witjes' in honor of the painter.

Estimate
€ 1.000 - 1.500
Hammer amount
€ 2.200
We use cookies on our website to provide you with the most relevant experience by remembering your preferences and repeat visits. By clicking "Accept" you agree to the use of ALL cookies.
Cookie settingsACCEPT
Manage consent