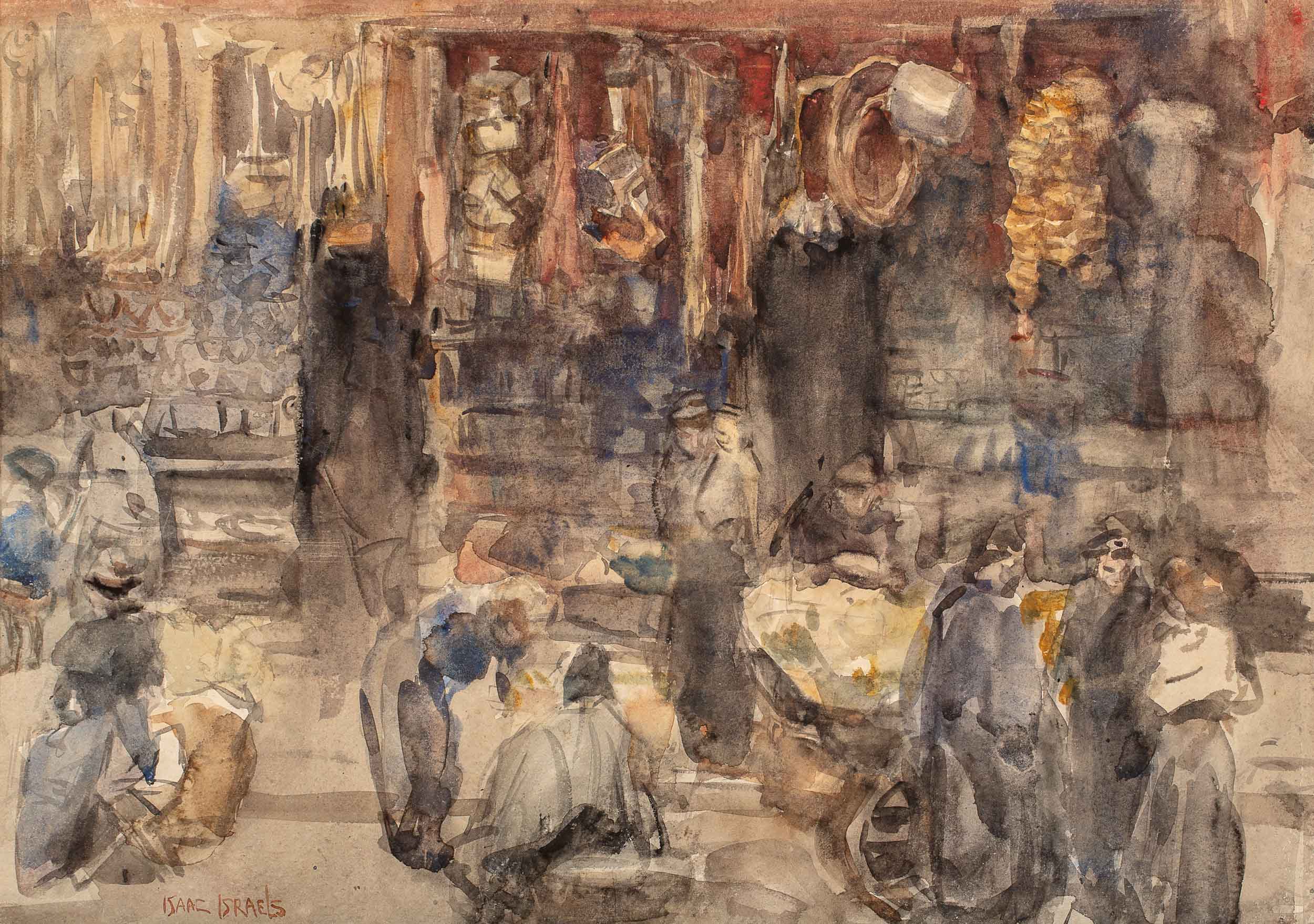 Isaac Israels
(Amsterdam 1865 – The Hague 1934)
Rue Mouffetard, Paris (c. 1904-1910)
Signed lower left
Watercolor on paper, 35.4 x 50.8 cm
Provenance:
Corporate collection, the Netherlands
Note:
Between 1904 and 1916 Isaac Israels resided in Paris, where he kept his workshop until 1925. A recurring theme were cityscapes, in which he captured the life of the modern city. This watercolor depicts the Rue Mouffetard (situated in the fifth arrondissement), a street that was famous for the food markets that were held daily.

Estimate
€ 3.000 - 5.000
Result
-
We use cookies on our website to provide you with the most relevant experience by remembering your preferences and repeat visits. By clicking "Accept" you agree to the use of ALL cookies.
Cookie settingsACCEPT
Manage consent