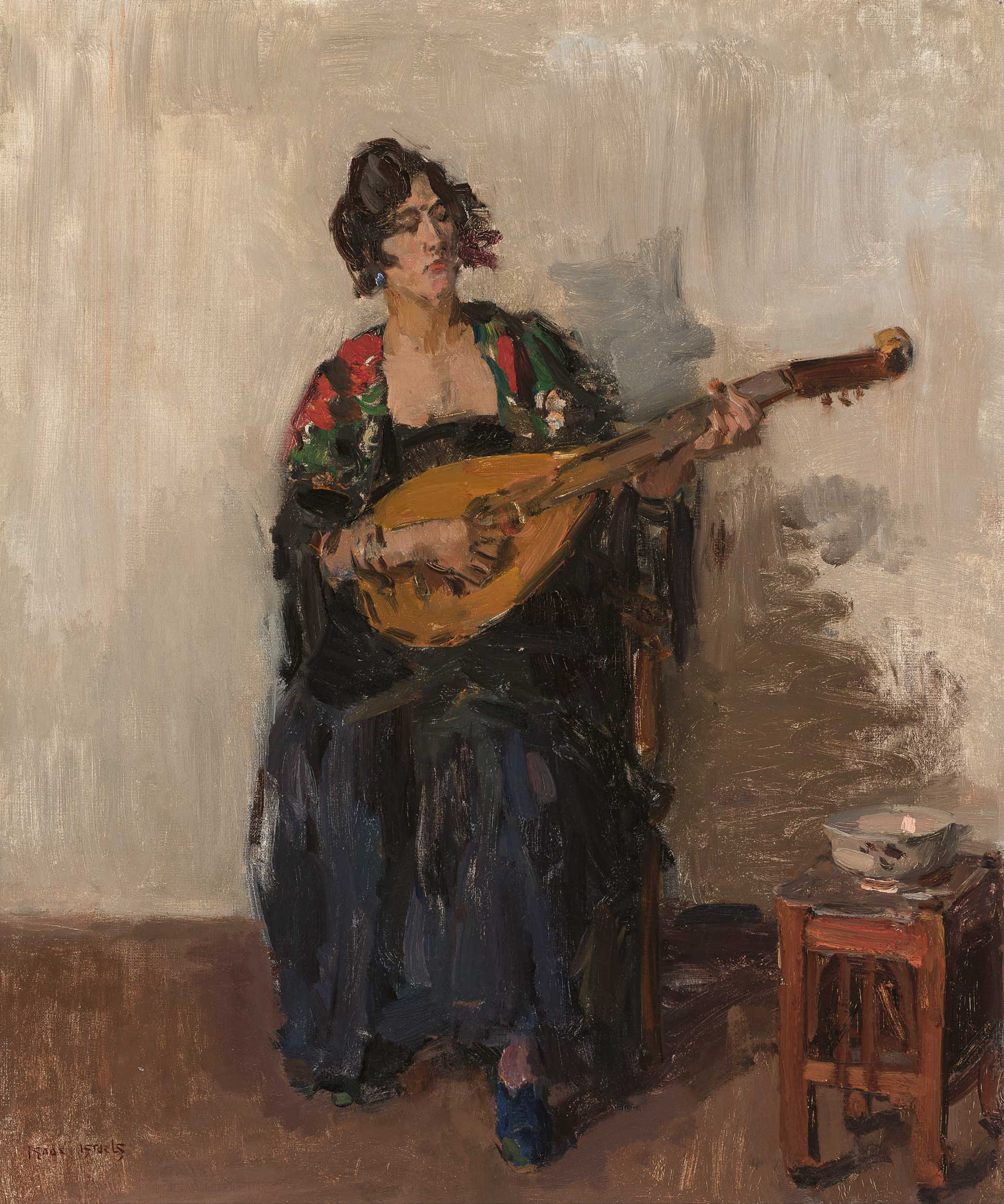 Dutch artist Isaac Israels created his own distinct style under the tutelage of his father, the famed genre painter Jozef Israels (1824-1911). Today he is considered one of the most revered artists of his generation. This painting demonstrates the artist's soft impressionist style: a strong sense of color combined with the fluidity of thick paint – specifically in the figure's dress – dominate the portrait of Juliana Augusta van Dongen-Preitinger (1878-1946), better known as Guusje, the wife of Kees van Dongen (1877-1968).

Although born in Cologne, Guusje at a young age moved to Rotterdam with her family, where they eventually became Dutch citizens. During her childhood Guusje revealed a great aptitude for drawing, which was encouraged by her family by letting her enrol at the Academy in Rotterdam.
At the Academy, she met Kees van Dongen, who at that time was also a student. On completion of their studies, Kees and his wife and model Guusje decided to move to Paris and seek their fortune in the European capital of art. After the birth of their daughter Dolly, the family moved to the Montmartre district, where the artistic community flourished.

Isaac Israels portrayed Guusje several times as well, of which five paintings are known. This portrait was painted after Guusje brought her daughter Dolly to visit their family in Rotterdam in the summer of 1914. However, due to the outbreak of World War I, Guusje and her daughter were forced to remain in The Netherlands. Israels, who was living in London before the outbreak, also had returned to the Netherlands, where he stayed for the remainder of the war, moving between The Hague, Amsterdam and Scheveningen, and working primarily as a portrait painter.

This period was the start of one of the most fruitful and productive periods of the artist's career, bringing forth some of the best works in his oeuvre. Besides Guusje van Dongen, Israels also portrayed Magaretha Gertrud Zelle (better known as Mata Hari), Johanna van Gogh-Bonger and the feminist physician Aletta Jacobs, among others.