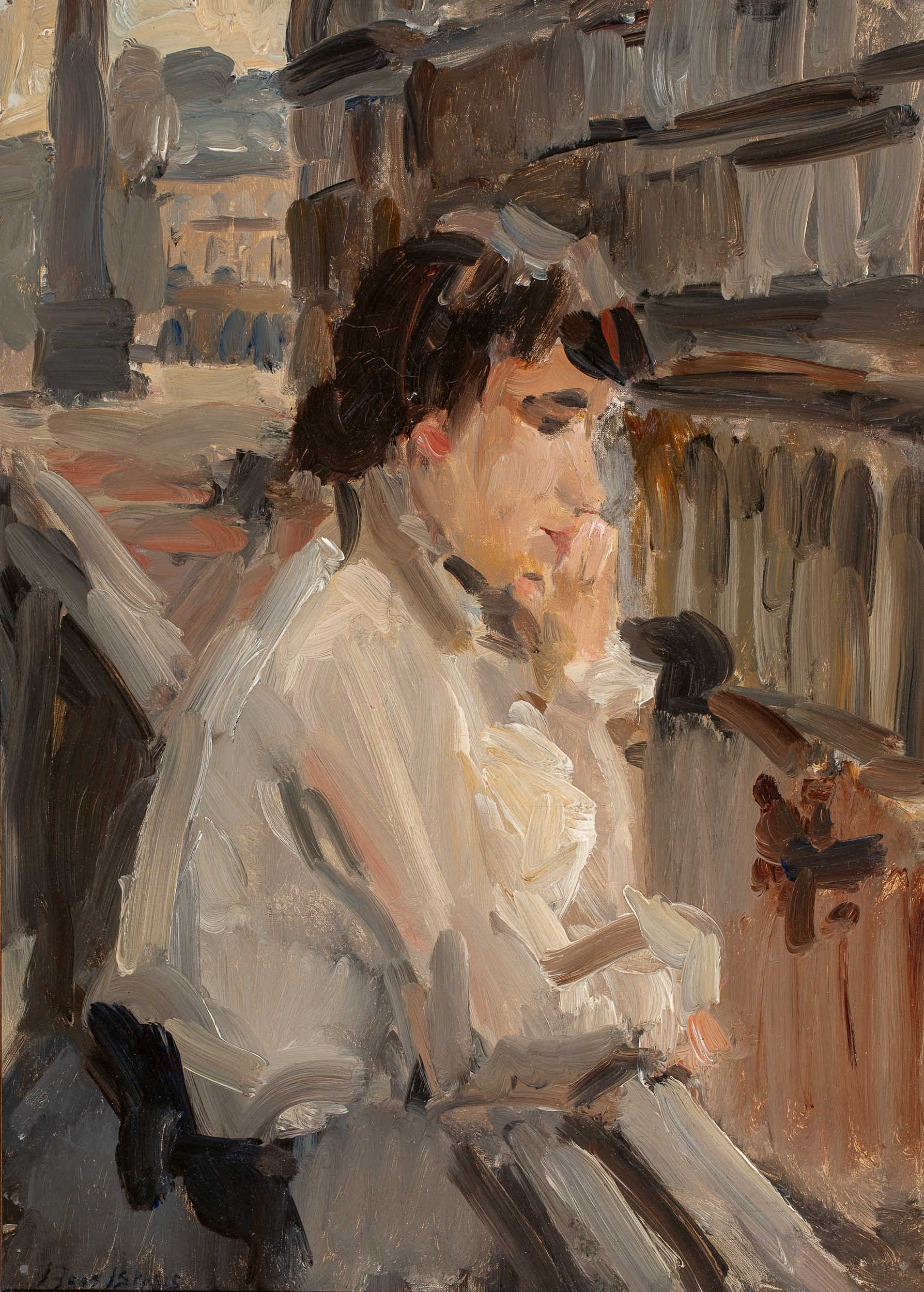 Isaac Israels
(Amsterdam 1865 – The Hague 1934)
Midinette on a balcony in the Rue de Castiglione, Place Vendôme in the background
Signed lower left
Oil on canvas, 46.2 x 33.5 cm
Provenance:
– PB van Voorst van Beest Gallery, The Hague (1986) (incl. copy invoice)
– Private collection, the Netherlands, then by descent to the present owner
Note:
Young ladies, dressed according to the latest fashion, standing on balconies were a common subject for Isaac Israels during his early Parisian years, from 1904 to 1910. In the background appears the prominent Vendôme Column, at the opulent Place Vendôme, that is located between Rue de la Paix and Rue de Castiglione and forms a central axis between the Opera and the Jardin des Tuileruis. After Israels apprenticeship with Belgian fashion house Hirsch & Cie on the Leidseplein in Amsterdam he traveled to Paris where he was allowed to paint in the sewing studio of the leading fashion designer Jeanne Paquin. The studio was located on Rue de la Paix where the 'essayeuses' (models) often came by to fit the beautiful garments and show them to the wealthy clients. The hard working seamstresses, called 'midinettes', were more than happy to earn some extra money by modeling for Isaac Israels. This painting depicts one of the seamstresses on a balcony of one of the luxury hotels on Rue de Castiglione.

Estimate
€ 35.000 - 45.000
Result
€ 45.000
We use cookies on our website to provide you with the most relevant experience by remembering your preferences and repeat visits. By clicking "Accept" you agree to the use of ALL cookies.
Cookie settingsACCEPT
Manage consent