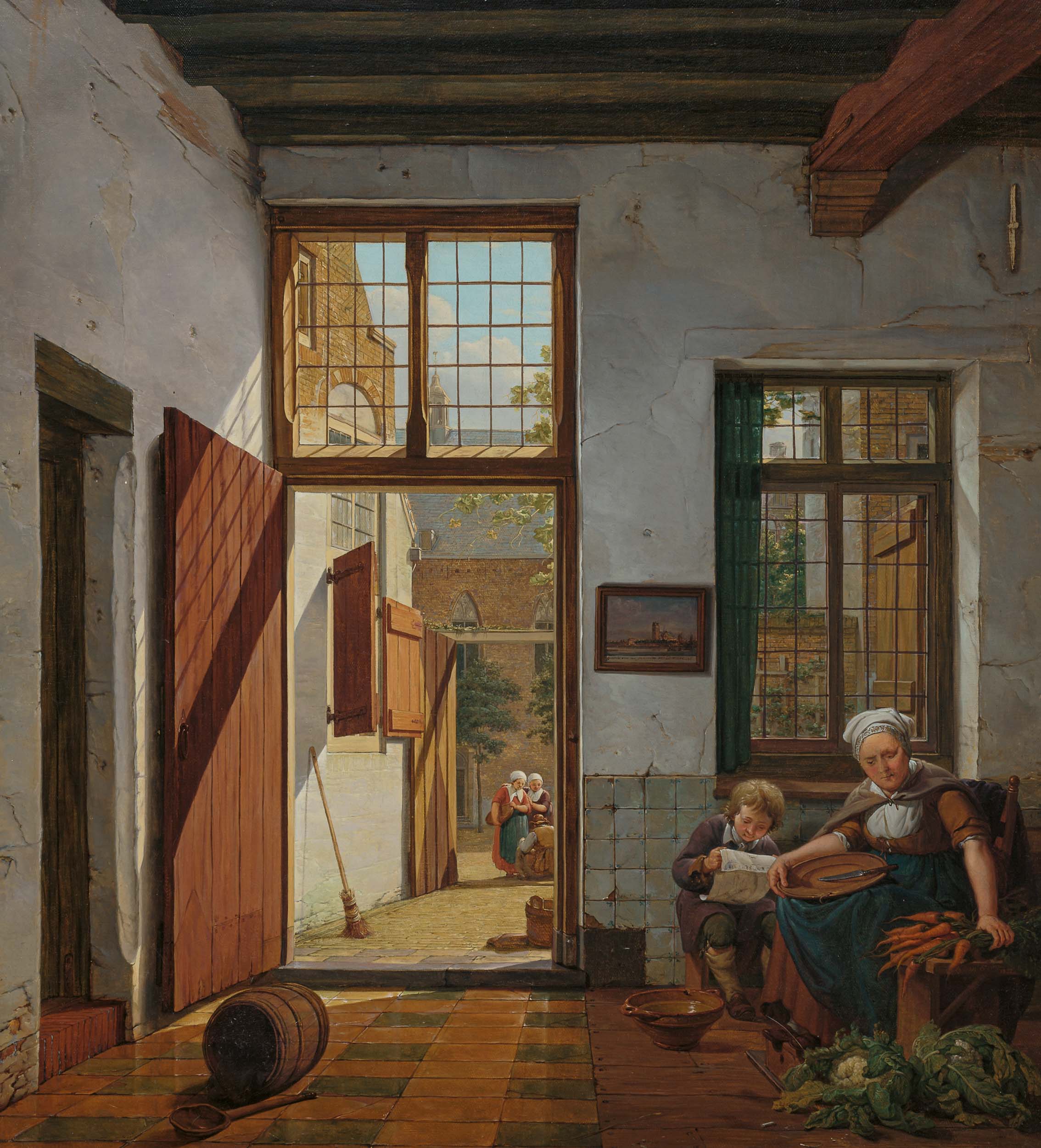 Abraham van Strij I.
(Dordrecht 1753 – 1826)
Interior with a View on the Courtyard, Dordrecht)
Signed and dated 1821 lower right
Oil on canvas, 64.8 x 58.2 cm
Provenance:
– Auction Van Marle & Bignell, The Hague, March 5, 1968, lot 267
- Private collection, the Netherlands
Note:
Abraham van Strij I, son of the Dordrecht painter and draftsman Leendert van Strij and Catharina Smak, received his first training as a painter from his father. Thereafter Abraham was taught by Joris Ponse and studied for some time at the Antwerp painters academy. In Dordrecht he was the co-founder of the Teekengenootschap Pictura. Like his father, Abraham was initially a decorative painter of wall panels, an art form that he also practiced together with his brother Jacob. Besides portraits and landscape paintings, Abraham was mainly known for his interiors. This particular painting is reminiscent of the work of Pieter de Hooch (1629-1684), whose oeuvre consists mainly of paintings of domestic scenes showing astute observation of the mundane details of everyday life. A similar work can be found in the collection of the Dordrechts Museum.

Estimate
€ 3.000 - 5.000
Result
€ 13.000
We use cookies on our website to provide you with the most relevant experience by remembering your preferences and repeat visits. By clicking "Accept" you agree to the use of ALL cookies.
Cookie settingsACCEPT
Manage consent