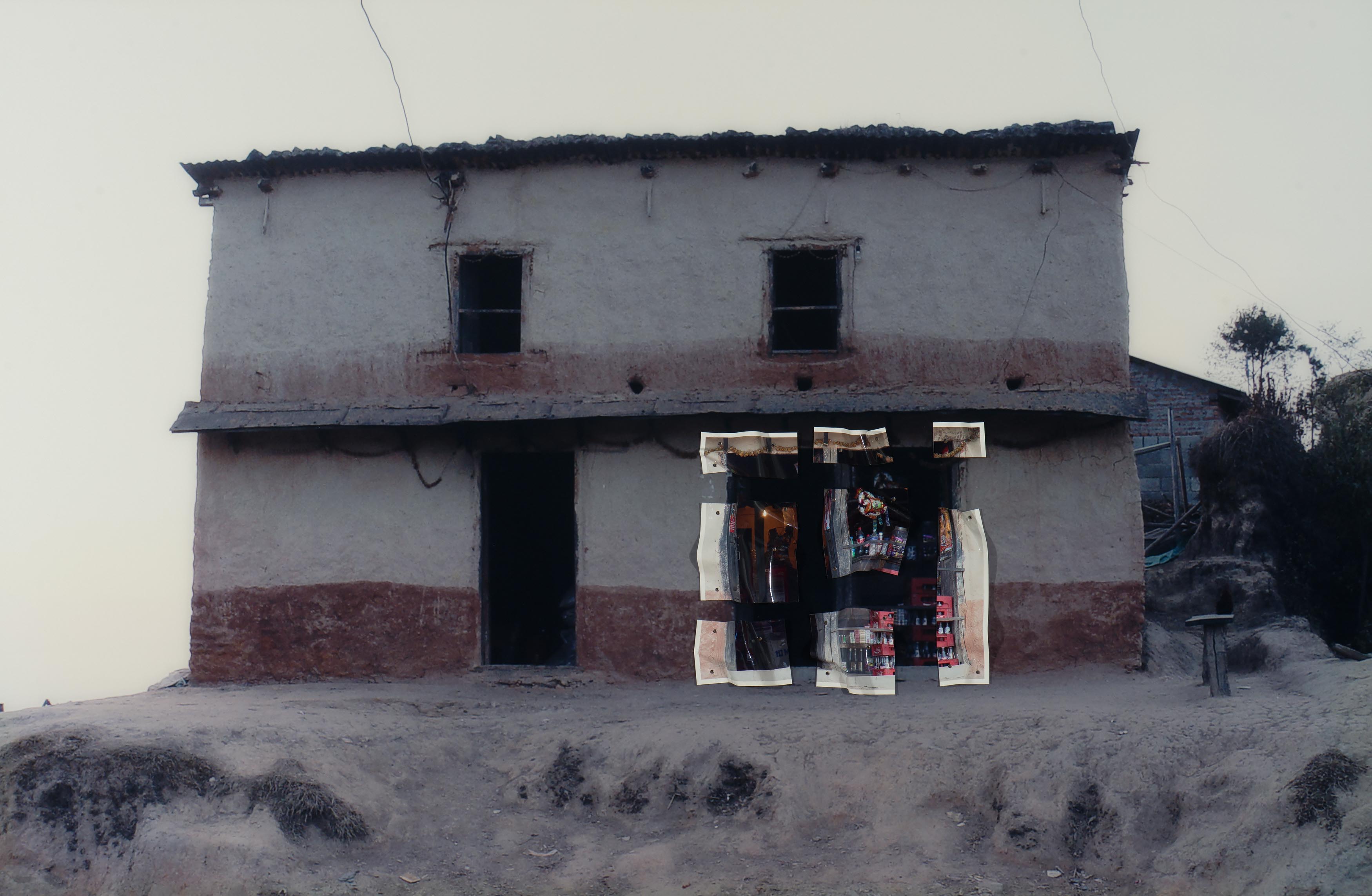 Hong Sung-do
(Chuncheon 1953)
Nepal – House
unique work
Signed in Korean, signed and dated 2005 on the reverse
C-print nailed to c-print on dibond, 117.4 x 178.3 cm
Provenance:
Acquired directly from the artist
Literature:
Gallery Touchart, Hong Sungdo. tourist, Touchart inc., Paju-Si, 2007, p. 96 (ill.)
NB:
The artist Hong Sung-do initially only produced sculptures, for which he was trained at the Hong-ik university of Seoul. His dissatisfaction with the traditional boundaries of sculpture led him on a search for a more dynamic line of approach. The works offered here are part of the tourist series, in which photographs of his travels to China, Nepal, but also Europe served as a source of inspiration. The fragmentary aspect of photography enabled him to capture the dynamics around lifeless objects. Hong photographed the same frame at two separate moments: the first photographed served as a base for his work, from the second photograph he cut out the parts with differences and modeled those in the first photograph. Hong Sung-do is able to enrich the medium of photography with a sculptural dimension. The artist transforms the viewer into something more than the passive reader of a recorded image, the artist lets the viewer rediscover the photograph anew.

Estimate
€ 1.000 - 2.000
Hammer amount
€ 550
We use cookies on our website to provide you with the most relevant experience by remembering your preferences and repeat visits. By clicking "Accept" you agree to the use of ALL cookies.
Cookie settingsACCEPT
Manage consent