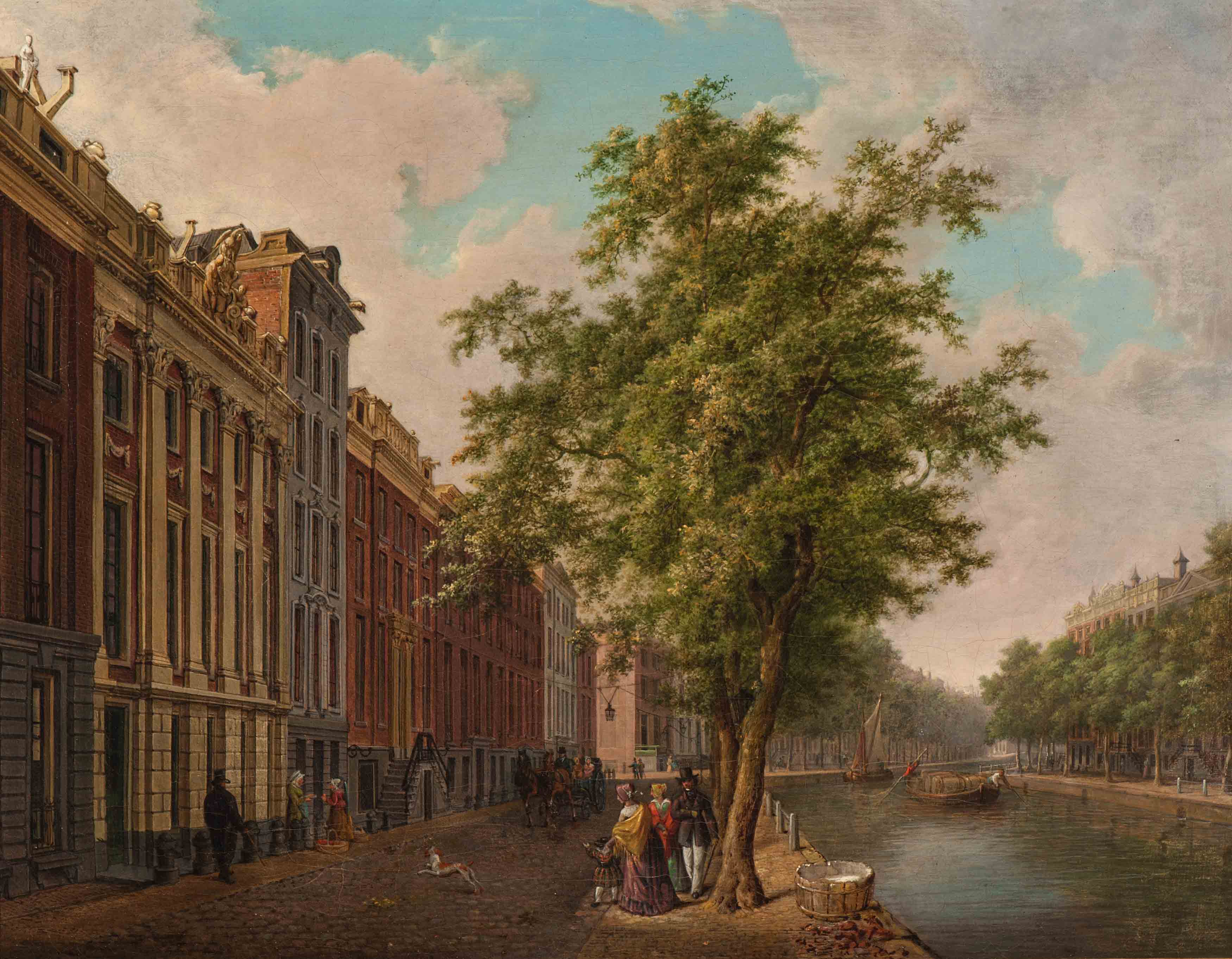 Dutch School
(first half 19th century)
View of the Herengracht, Amsterdam
Oil on canvas, 51.5 x 65.3 cm
Provenance:
– Collection Goudstikker, Amsterdam (inv. no. 6472)
– Auction Christie's Amsterdam, April 29, 1998, lot 323 (as attributed to Bartholomeus Johannes van Hove (1790-1880))
- Private collection, the Netherlands
NB:
Herengracht 476 was sold by the heirs of Aarnout van Lennep (1718-1812) at a public auction to the wealthy banker Henric Muilman (1743-1812). Here he housed his collection of paintings of over 200 works, including The milkmaid and The lace maker by Johannes Vermeer. After Muilmans death, his son Willem Ferdinand Mogge Muilman (1778-1849) had the facade of the building altered to the present style.

Estimate
€ 4.000 - 6.000
Hammer amount
€ 8.500
We use cookies on our website to provide you with the most relevant experience by remembering your preferences and repeat visits. By clicking "Accept" you agree to the use of ALL cookies.
Cookie settingsACCEPT
Manage consent