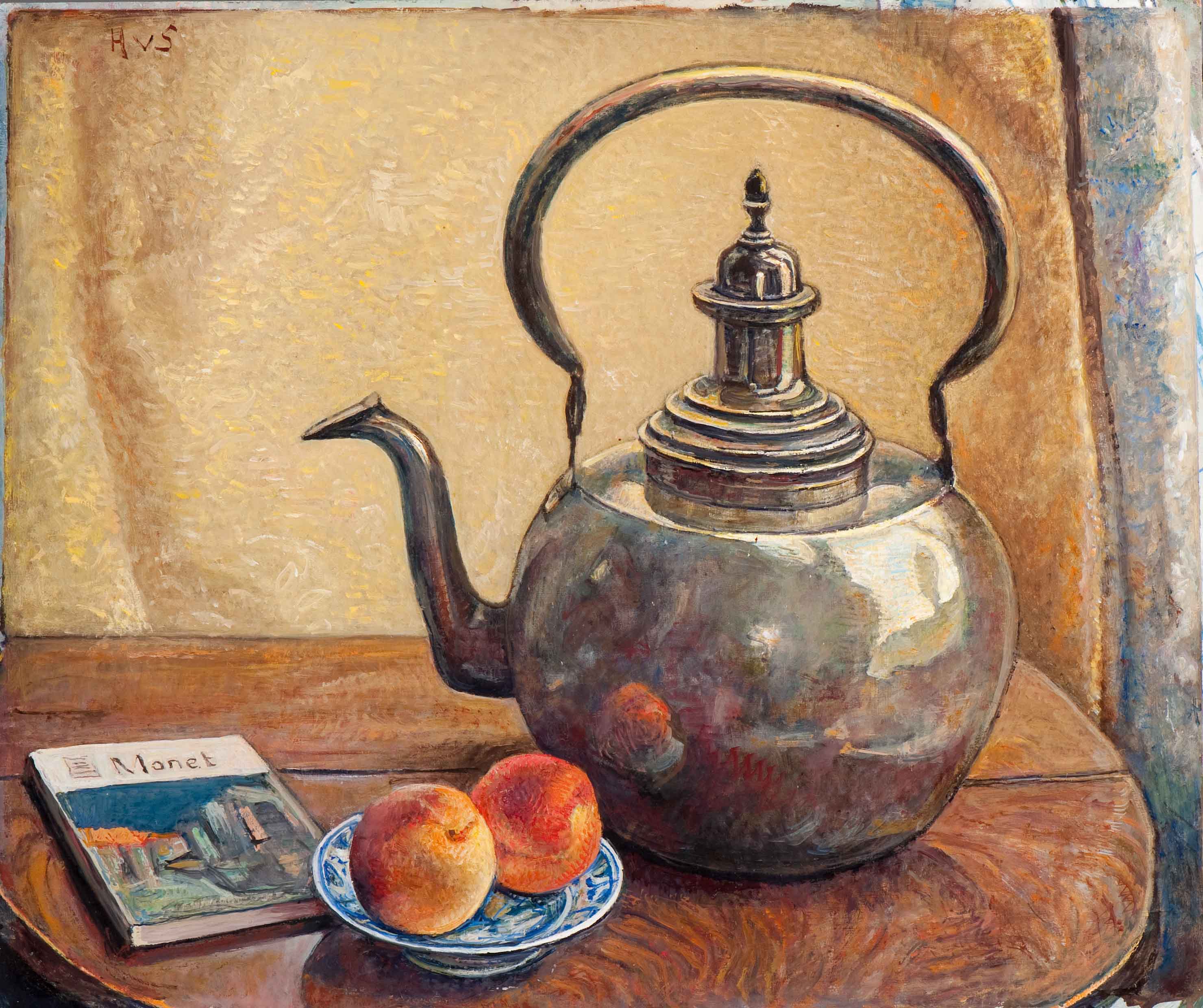 Hilda van Stockum
(Rotterdam 1908 – Berkhamsted 2006)
Brass Kettle and Peaches
Signed with initials ul
Signed, titled and dated 1985 on the reverse side
Oil on board, 52.9 x 62.9 cm
NB:
Van Stockum was a noted writer of English children's books. She also started to illustrate her own books, after which she concentrated on making works of art. She grew up in The Netherlands and Ireland and for a few years also lived in the United States. From 1973 onwards she was based in England.

Estimate
€ 1.000 - 2.000
Hammer amount
-
We use cookies on our website to provide you with the most relevant experience by remembering your preferences and repeat visits. By clicking "Accept" you agree to the use of ALL cookies.
Cookie settingsACCEPT
Manage consent