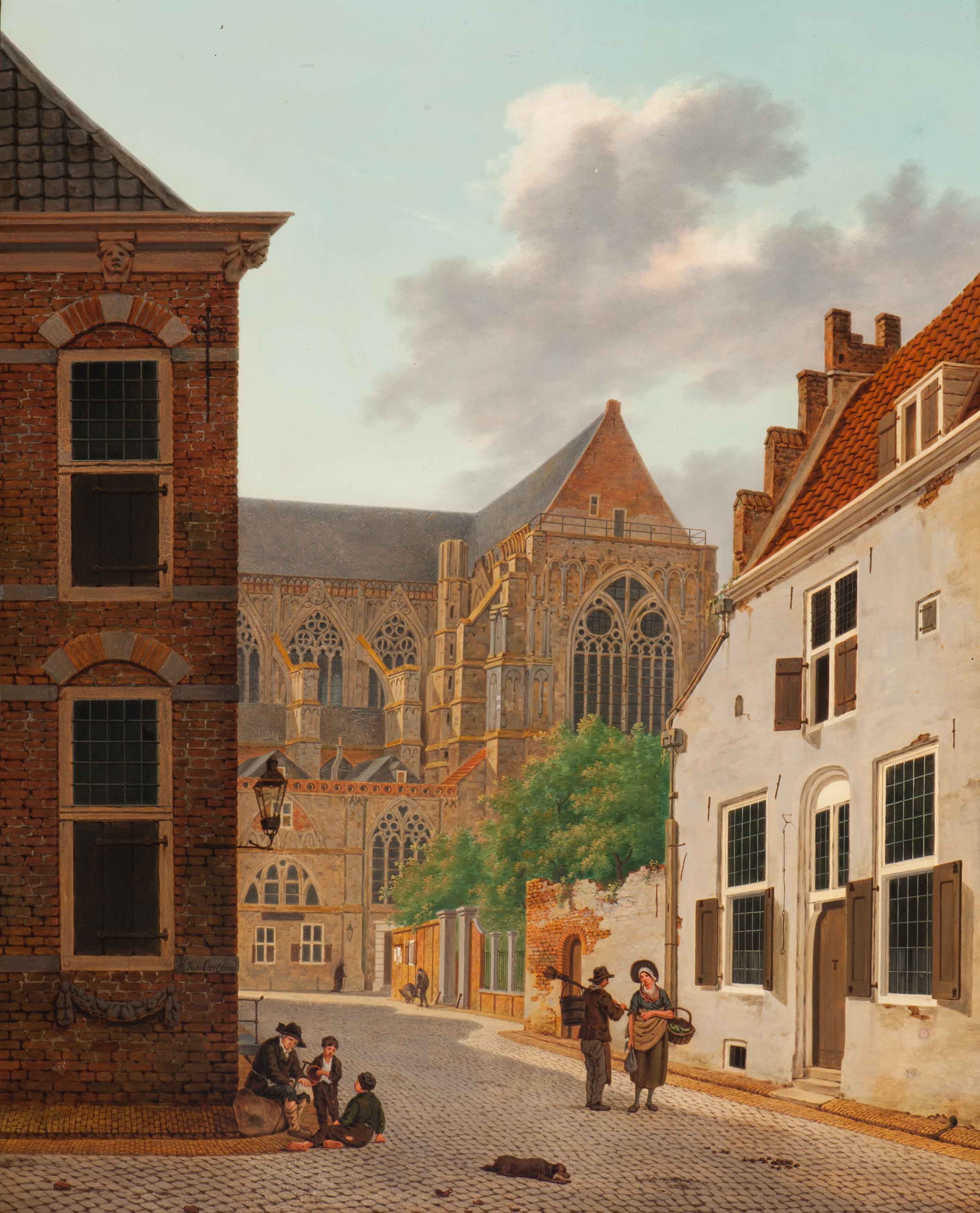 Hendrik van Oort
(Utrecht 1775 – 1847)
View of the cathedral seen from the Domstraat in Utrecht
Signed and dated 1818 ll
Oil on panel, 64.4 x 50.8 cm
Provenance:
Private collection, the Netherlands
NB:
The 'Domstraat' street is named after the Domkerk cathedral and ends at the historical Domplein. Underneath this square lie the archeological remains of the castellum Traiectum: the Roman fortress that demarcated the Roman Empire.
On the first of August 1674 at half past seven in the evening the city of Utrecht was hit by a tornado, which caused major damage to the entire city. The central nave of the Dom cathedral collapsed, leaving the tower freestanding and the original entrance destroyed. At a later date an entrance in classicistic style was added on the north side of the choir, opposite the Domstraat, as can be seen in the work offered here. The tower and the cathedral were never joined again. On the Domplein square the position of the original walls can still be seen: these are outlined in red and black stones in the pavement. What is also evident is that the present bus stop is situated in the former central nave.

Estimate
€ 3.500 - 4.500
Hammer amount
€ 3.600
We use cookies on our website to provide you with the most relevant experience by remembering your preferences and repeat visits. By clicking "Accept" you agree to the use of ALL cookies.
Cookie settingsACCEPT
Manage consent