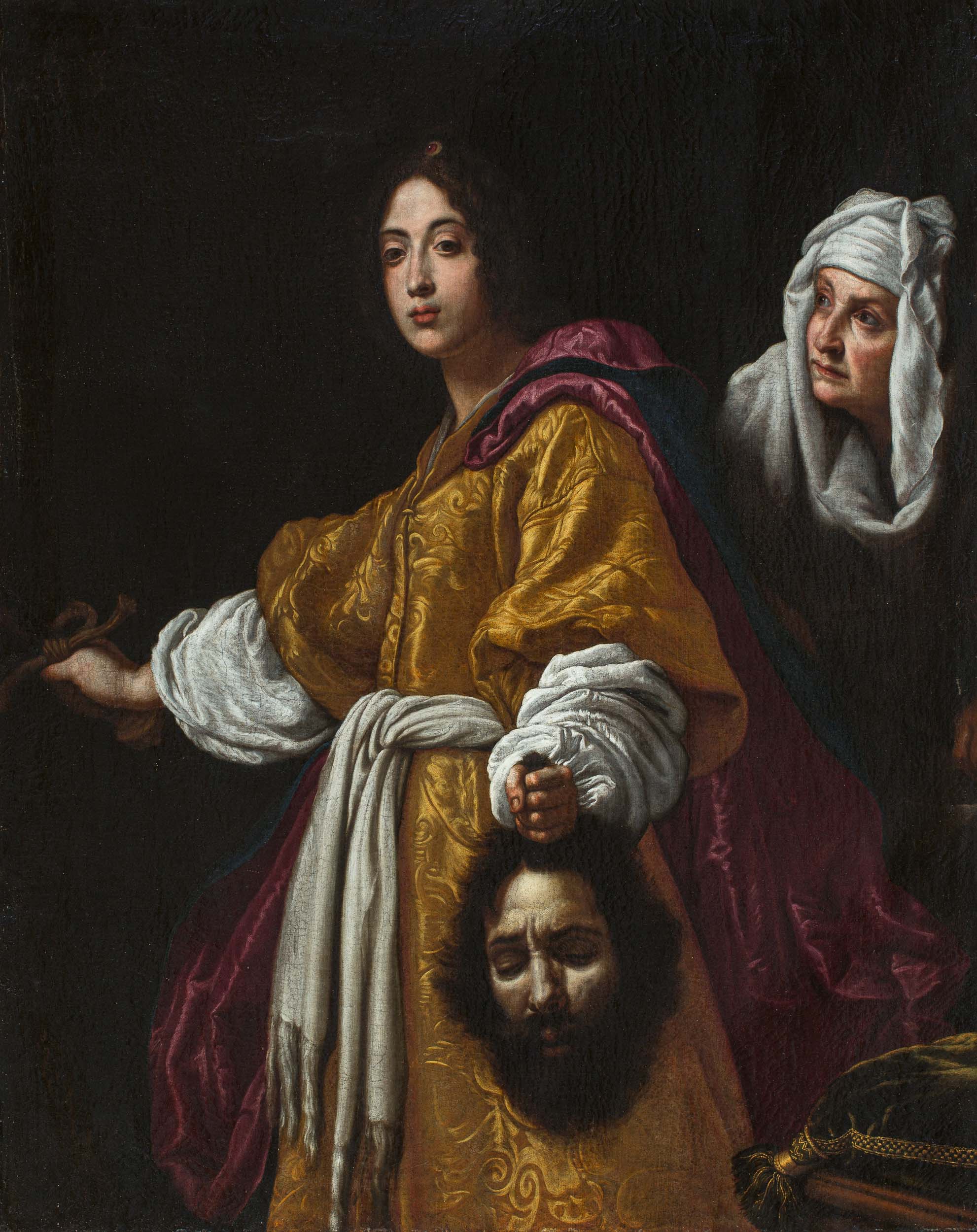 After Cristofano Allori
(17th century)
Giuditta con la Testa di Oloferne (Judith with the Head of Holofernes)
Oil on canvas, 147.4 x 117.1 cm
Provenance:
– Auction San Marco, Venice, October 15, 2006, lot 157, as Cristoforo Allori
- Private collection, the Netherlands
Note:
Cristofano Allori (1577-1621) was an Italian painter of the late Florentine Mannerist school, painting mostly portraits and religious subjects. Allori was born in Florence and received his first lessons in painting from his father, Alessandro Allori, but becoming dissatisfied with the hard anatomical drawing and cold coloring of the latter, he entered the studio of Gregorio Pagani, who was one of the leaders of the late Florentine school, which sought to unite the rich coloring of the Venetians with the Florentine attention to drawing. Allori's most famous painting, Judith with the Head of Holofernes, became an instant success and was widely copied. According to his biographer Baldinucci, Allori painted this work in part as an autobiographical account of his love affair with Maria de Giovanni Mazzafirri, which ended badly. The figure of Judith, Baldinucci claimed, resembles 'La Mazzafirra', the servant in the background her mother, and the severed head of Holofernes is a portrait of the artist himself.
A comparable work, after Cristofano Allori, is part of the collection of Het Rijksmuseum (inv. no. SK-A-1). Original versions of the painting are part of the collection of the Uffizi Gallery (inv. no. 1912 n. 96) and the Royal Collection Trust (inv. no. RCIN 404989). In spring 2020, a version of the painting was part of a campaign for Louis Vuitton, by artistic director Nicolas Ghesquière.

Estimate
€ 10.000 - 20.000
Result
-
We use cookies on our website to provide you with the most relevant experience by remembering your preferences and repeat visits. By clicking "Accept" you agree to the use of ALL cookies.
Cookie settingsACCEPT
Manage consent