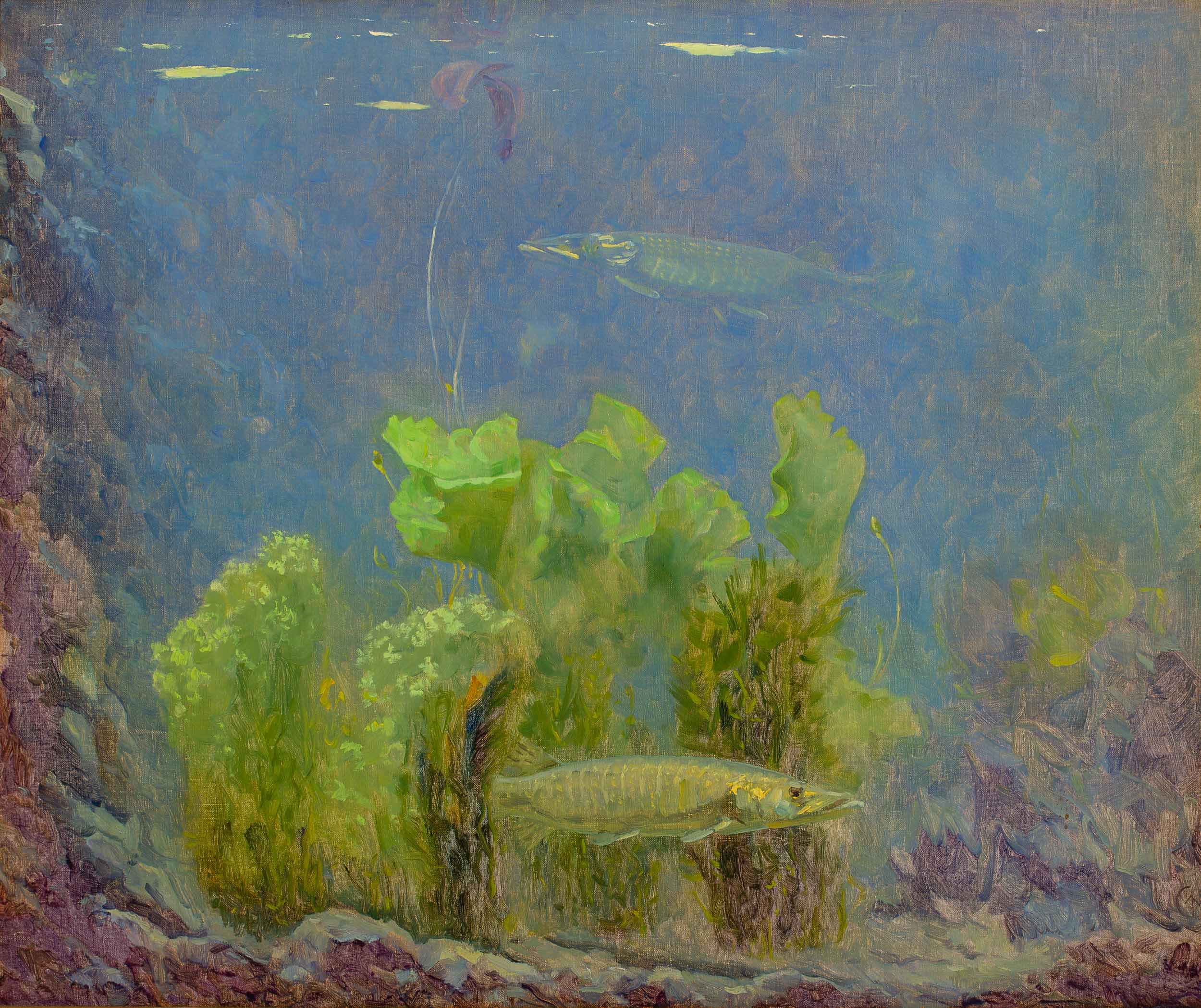 Gerrit Willem Dijsselhof
(Zwollerkerspel 1866 – Overveen 1924)
Pike (Pikes)
Monogrammed lower right
Oil on canvas, 45.5 x 52.7 cm
Provenance:
– Kunsthandel EJ van Wisselingh & Co, Amsterdam (inv.no. 2901)
– Private collection, the Netherlands, then by descent to the present owner
Note:
Dutch painter Gerrit Willem Dijsselhof was one of the most prominent artists from the 'Nieuwe Kunst' the name under which Art Nouveau gained recognition in the Netherlands. Dijsselhof became a member of the Dutch zoo Natura Artis Magistra where he especially enjoyed watching their new aquarium which opened in 1882. He spent many afternoons after his studies at the art academy sketching and painting the sea creatures and fish, such as pikes and goldfish.

Estimate
€ 1.500 - 2.500
Result
€ 4.200
We use cookies on our website to provide you with the most relevant experience by remembering your preferences and repeat visits. By clicking "Accept" you agree to the use of ALL cookies.
Cookie settingsACCEPT
Manage consent