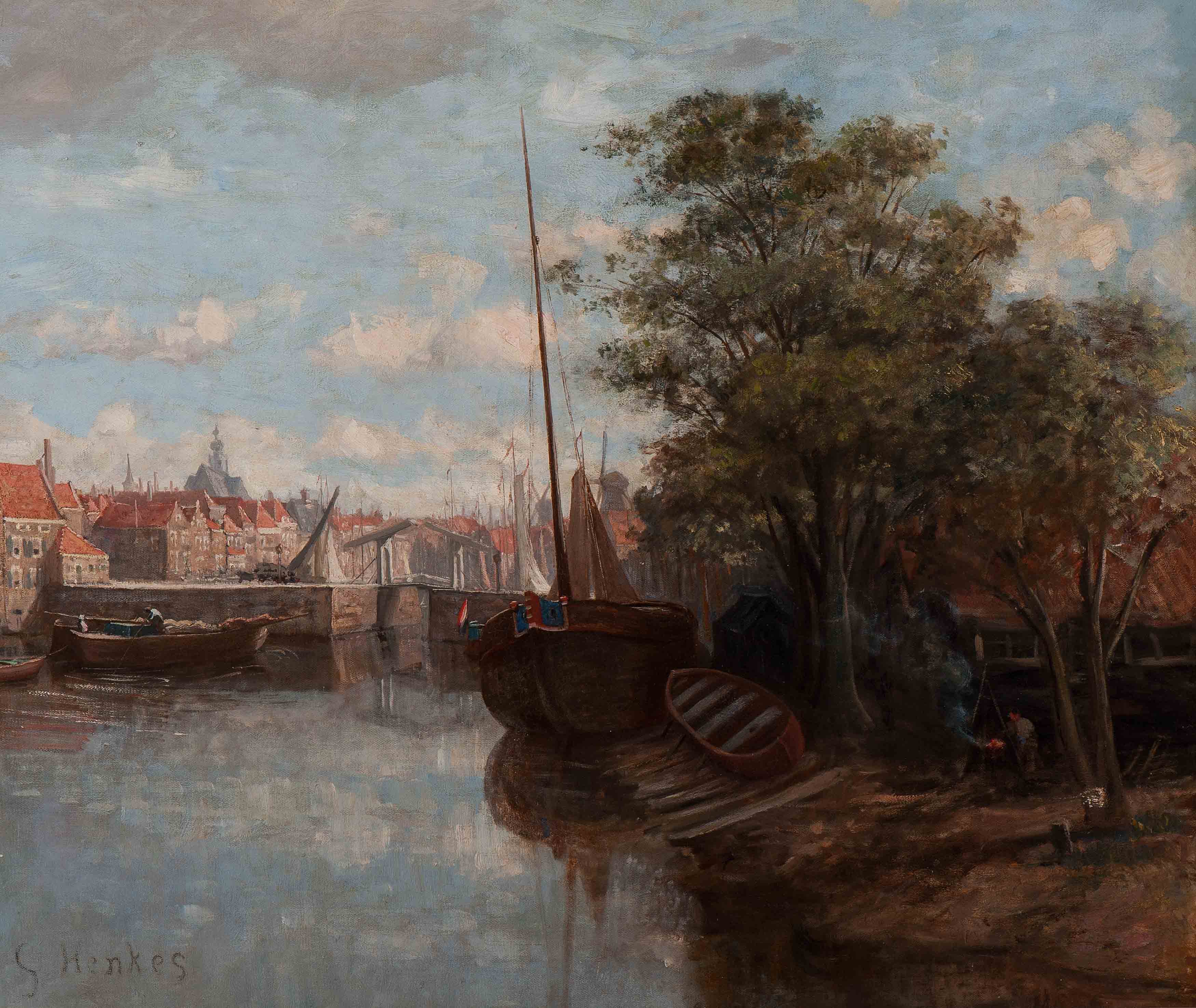 Gerke Henkes
(Delfshaven 1844 – Rotterdam 1927)
View of Delfshaven
Signed ll
Oil on canvas, 96.6 x 114.4 cm
NB:
Henkes, mainly known for his genre works, painted in the style of The Hague School. Jozef Israels (1824-1911) as well as Vincent van Gogh (1853-1890) knew and followed Henkes. Van Gogh wrote about Henkes on 13 February 1882: Last week I visited an exhibition at Pulchri which included sketches by Bosboom and Henkes. Very fine: by Henkes there were several figures larger than usual. He should make more of these in my opinion.

Estimate
€ 2.500 - 3.500
Hammer amount
-
We use cookies on our website to provide you with the most relevant experience by remembering your preferences and repeat visits. By clicking "Accept" you agree to the use of ALL cookies.
Cookie settingsACCEPT
Manage consent