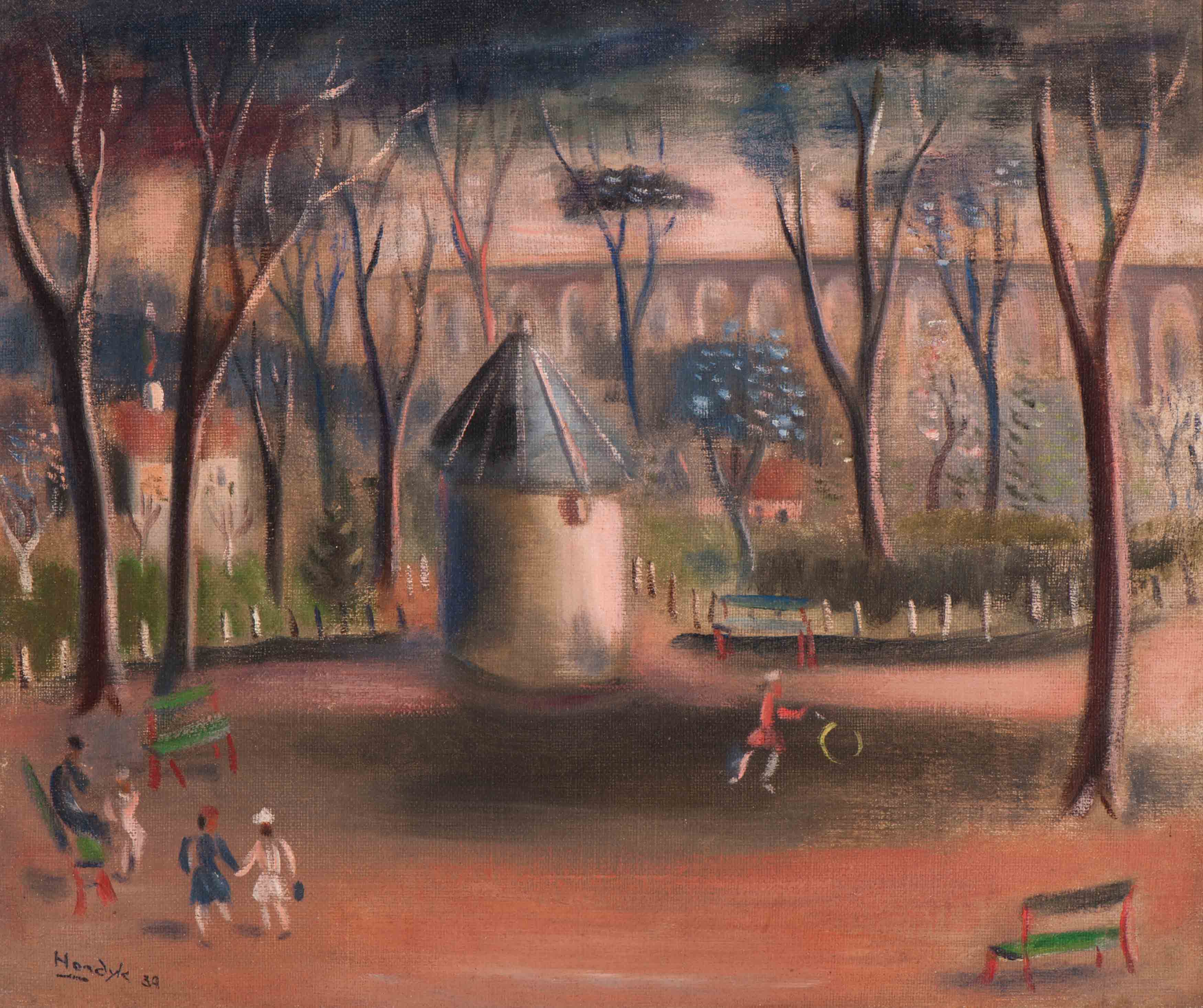 Gerard Hordijk
(The Hague 1899 – Amsterdam 1958)
Arcueil
Signed and dated 39 ll
Signed and titled on the stretcher
Oil on canvas, 46.4 x 55.2 cm
NB:
From 1928 up to 1935 Hordijk lived and worked in Paris, a good base for his many trips to nearby sights and towns. Arcueil, situated near Paris, is the name for the medieval Arcoïalum: 'the town by the arches'. The town is known for the aqueduct over the river Bièvre, after which it is named. This Roman structure carried the water to Lutetia, the present Paris.

Estimate
€ 1.500 - 2.000
Hammer amount
-
We use cookies on our website to provide you with the most relevant experience by remembering your preferences and repeat visits. By clicking "Accept" you agree to the use of ALL cookies.
Cookie settingsACCEPT
Manage consent