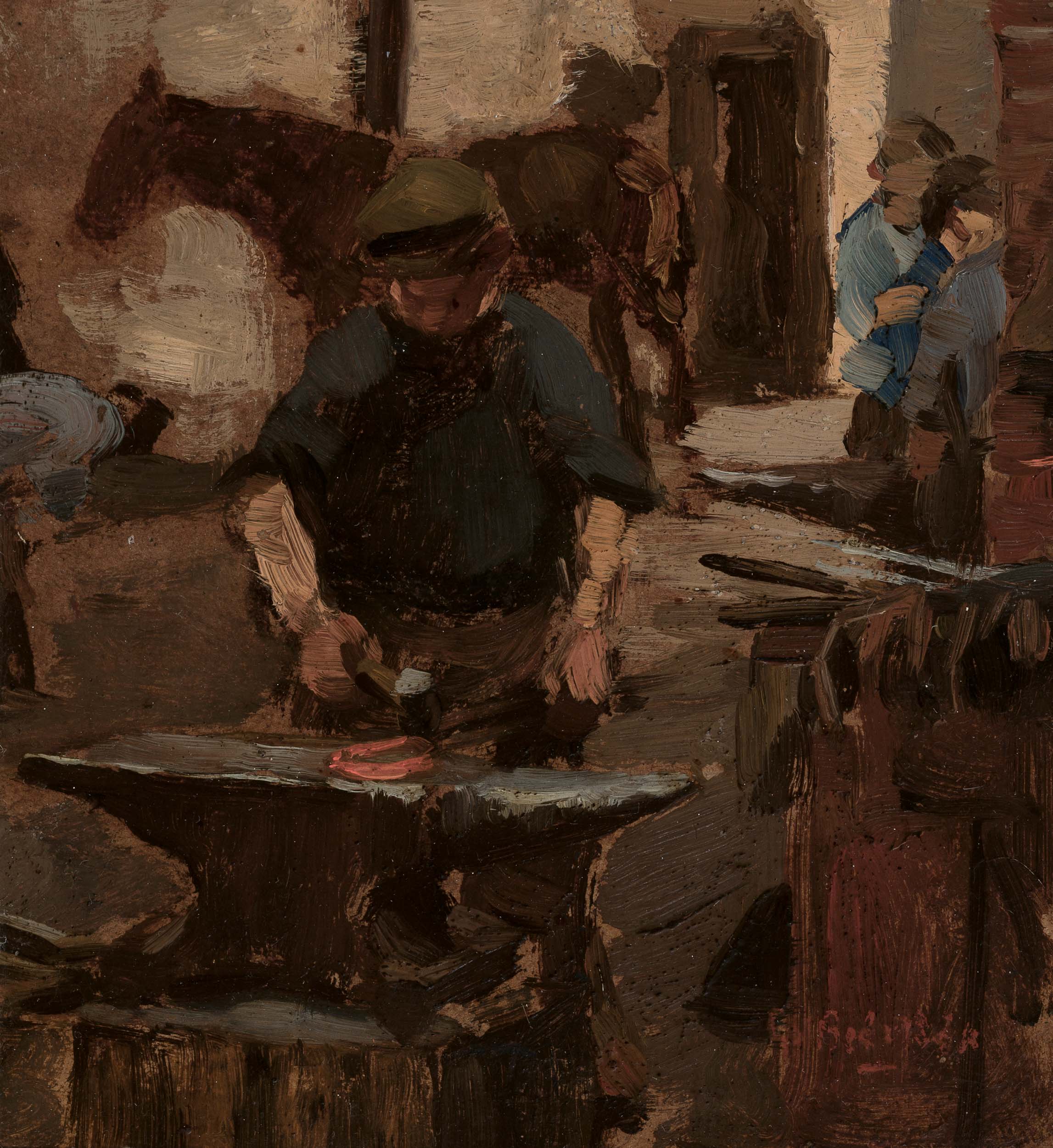 George Hendrik Breitner
(Rotterdam 1857 – Amsterdam 1923)
The Farrier (The Farrier)
Signed lower right
Oil on board, 17.0 x 15.1 cm
Provenance:
– Auction Zeeuws Veilinghuis, Middelburg, December 13, 2007, lot 6024
– Kunsthandel Simonis & Buunk, Ede (inv. no.12552/Coll.I cv)
- Private collection, the Netherlands
Note:
George Hendrik Breitner was born in Rotterdam in 1857 and studied at the academy in The Hague. He regarded himself as 'Le peintre du peuple' (painter of the people), because he preferred models from the working classes: labourers, maids and inhabitants of the working class quarters, such as the farrier on this painting.
According to writers August Vermeylen (1872-1945) and Joop Siedenburg (1875-1961), Breitner painted this subject four times of which one is part of the collection of the Boijmans van Beuningen Museum in Rotterdam.

Farriers were also a recurring subject in Breitner's photography, as he captured the blacksmith shop on the Goudsesingel in Rotterdam several times. From these visits, he drew much of his inspiration for this painting.

Estimate
€ 4.000 - 6.000
Result
€ 7.000
We use cookies on our website to provide you with the most relevant experience by remembering your preferences and repeat visits. By clicking "Accept" you agree to the use of ALL cookies.
Cookie settingsACCEPT
Manage consent