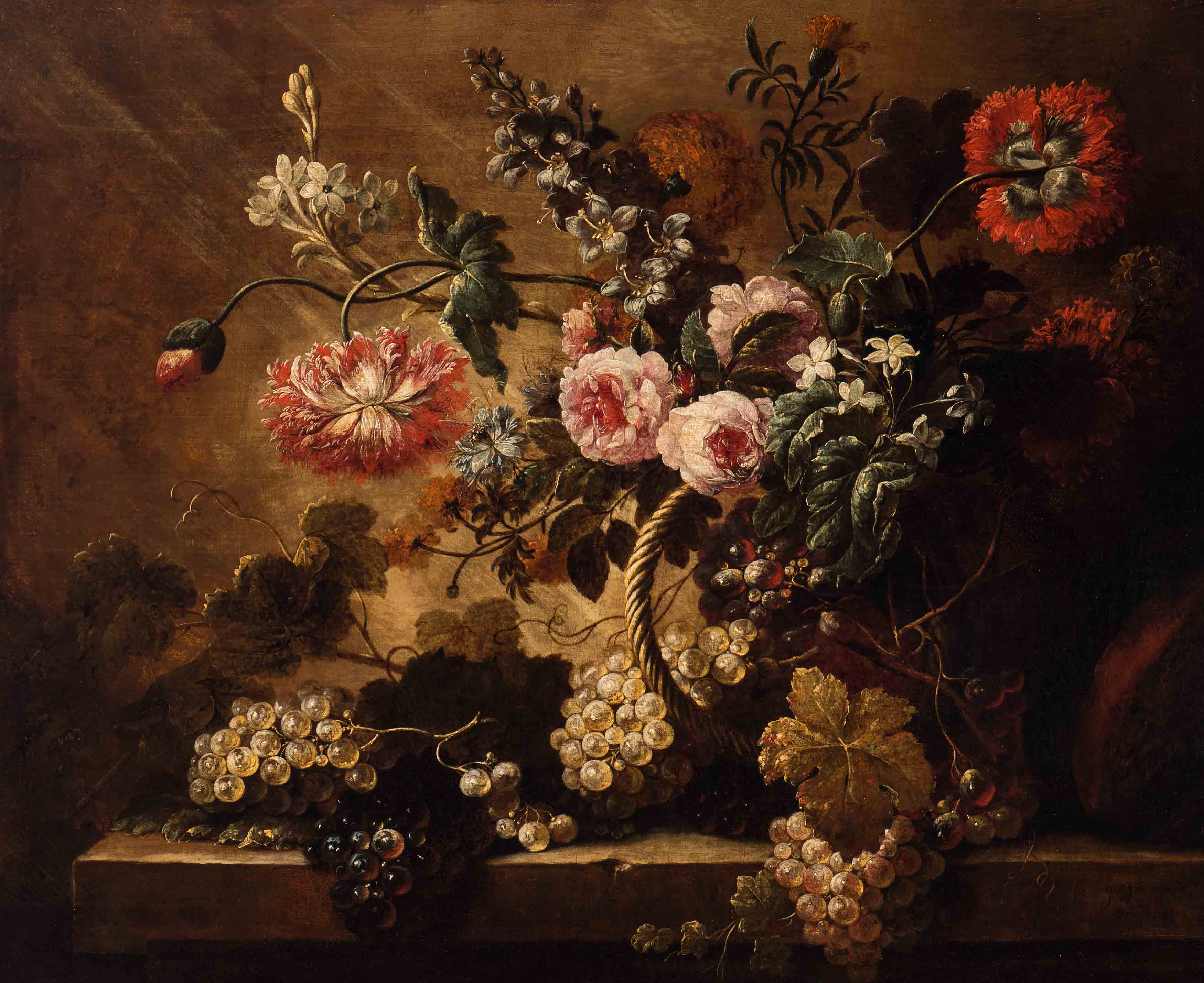 Gaspar Peeter Verbruggen (II)
(Antwerp 1664 – 1730)
Still life with flowers and grapes in basket on a plinth
Signed lr
Oil on canvas, 74.3 x 89.8 cm
NB:
Verbruggen, together with his father Gaspar Peeter Verbruggen I (1635-1681) and Jan Baptist Bosschaert (1667-1746) were the pre-eminent representatives of the Antwerp late-baroque school of painting. In 1677, at the age of thirteen, Verbruggen followed in his father's footsteps and joined, already as a master, the guild of Saint Luke in Antwerp. Verbruggen also lived in The Hague for a long period, where he worked with the well-known court and decoration painter Mattheus Terwesten (1670-1757), which resulted in various monumental collaborations.

Estimate
€ 5.000 - 8.000
Hammer amount
-
We use cookies on our website to provide you with the most relevant experience by remembering your preferences and repeat visits. By clicking "Accept" you agree to the use of ALL cookies.
Cookie settingsACCEPT
Manage consent