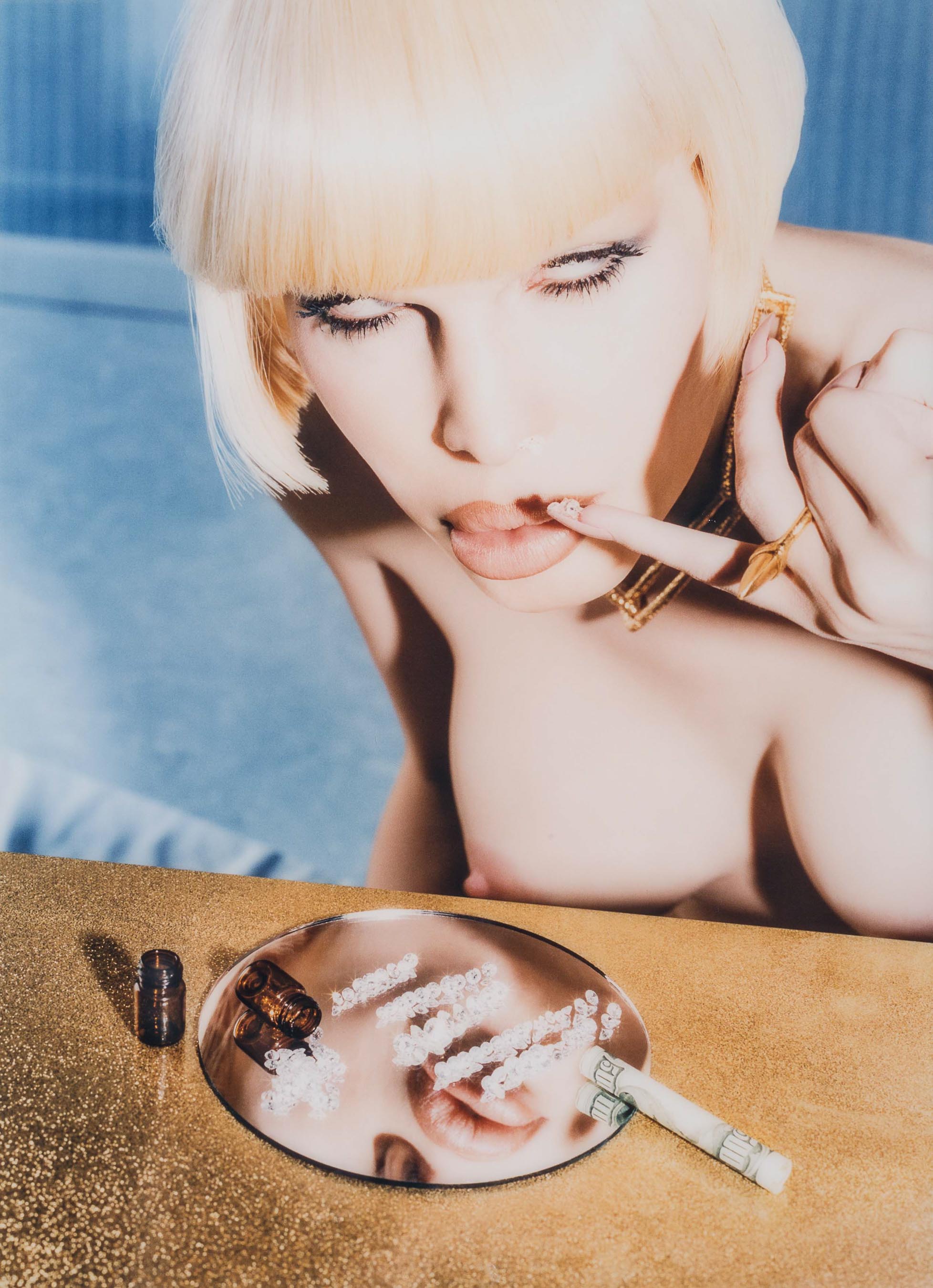 David LaChapelle
(Fairfield 1963)
Amanda Lepore: Addicted to Diamonds, New York
Edition of 1/3
C-print (diasec), 168.4 x 121.5 cm
Provenance:
– Reflex Modern Art Gallery, Amsterdam
- Private collection, the Netherlands
NB:
LaChapelle started his career photographing for Andy Warhol's magazine Interview, but because of his innovative approach he soon became one of the most influential photographers in the world. His spectacular, colorful and often controversial portraits of celebrities have grown to be archetypal symbols of our time. From April 12 untill October 28, the Groninger Museum shows LaChapelle's first Dutch solo exhibition, with over 70 works from his oeuvre. This lot portrays Amanda Lepore (1967), a transgender model who started her career as Clubkid in New York. Being LaChapelle's muse, this is one of his most iconic photographs.

Estimate
€ 15.000 - 25.000
Hammer amount
€ 32.000
We use cookies on our website to provide you with the most relevant experience by remembering your preferences and repeat visits. By clicking "Accept" you agree to the use of ALL cookies.
Cookie settingsACCEPT
Manage consent