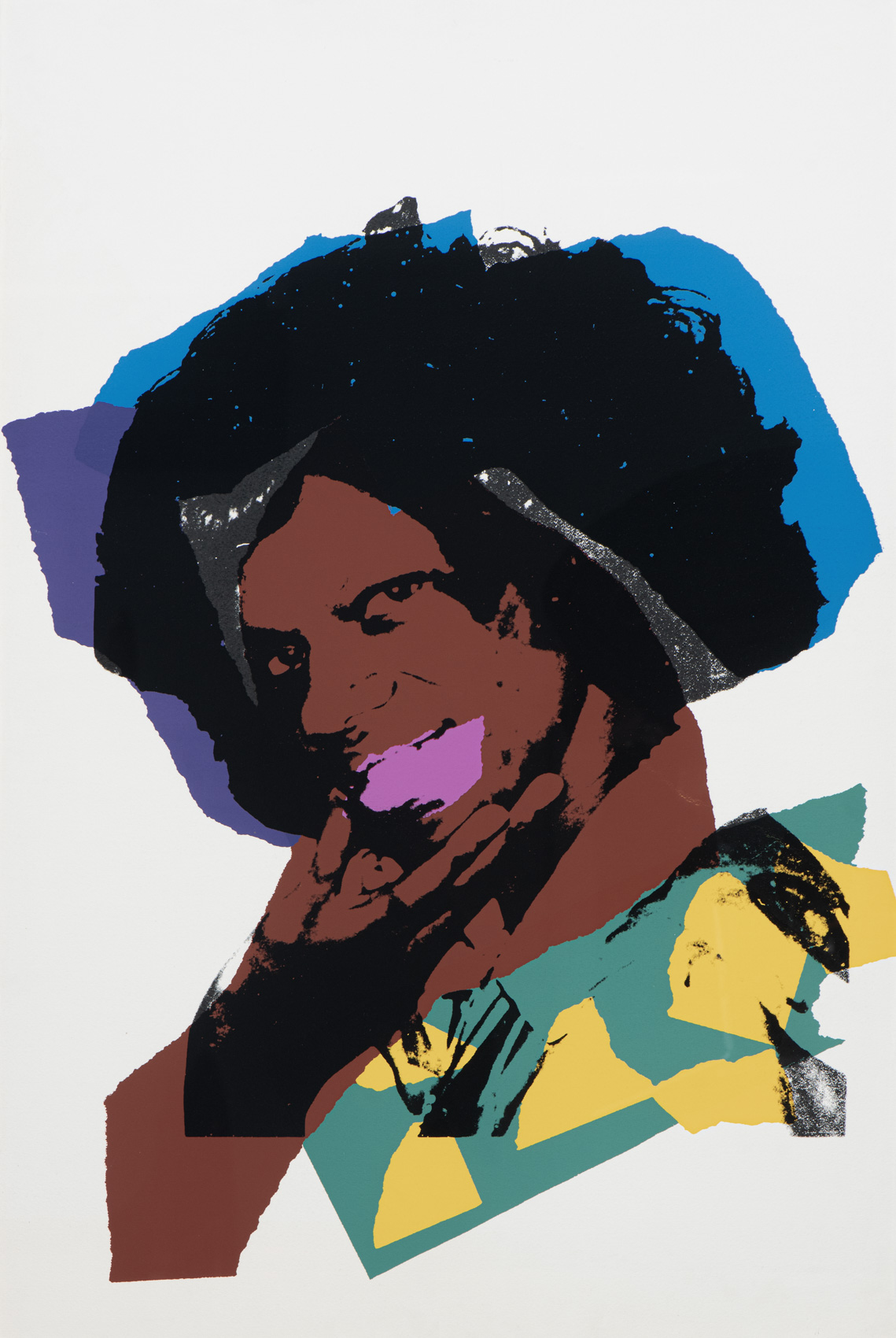 Andy Warhol
(Pittsburgh 1928 – New York City 1987)
Ladies and Gentlemen (1975)
Signed, dated 75, annotated CAWE and numbered 23/125 (there were also 25 artist's proofs) on the reverse
Printed by Alexander Heinrici, New York
Published by Luciano Anselmino, Milan
Screenprint on Arches paper, 87.7 x 70.2 cm (image size) / 110.7 x 73.3 cm (sheet size)
Provenance:
– Auction Dobiaschofsky, Bern, 10 May 2019, lot 520
– Corporate collection, the Netherlands
Literature:
Feldmann & Schellmann II.137
Note:
Although Andy Warhol was fascinated by the famous, the people in his Ladies and Gentlemen series are less well known. The subjects were recruited by Warhol's friend Bob Colacello, who scouted many in the nightclub Gilded Grape, a popular hangout for New York's black and Latin trans women and drag queens. Warhol considered drag queens to be the ultimate expression of the movie star presence he sought to capture. These individuals drew heavily on the Hollywood idols before them and dedicated their lives to the performance of their self-fashioned personas, becoming manufactured cultural icons in their own right. Warhol was also drawn to the artificial and gender role play associated with drag. He remarked: “I know that people who think they're working the hardest are the men who are trying to be women. They do double time. They do all the things: they think about shaving and not shaving; primping and not primping; buying men's and women's clothes. I guess it's interesting to try to be another sex.” This portrait features the drag queen named Broadway, of whom little is known. The Italian art dealer Luciano Anselmino, who commissioned the series, came up with the theatrical title Ladies and Gentlemen.

Estimate
€ 6.000 - 10.000
Result
€ 6.500
We use cookies on our website to provide you with the most relevant experience by remembering your preferences and repeat visits. By clicking "Accept" you agree to the use of ALL cookies.
Cookie settingsACCEPT
Manage consent