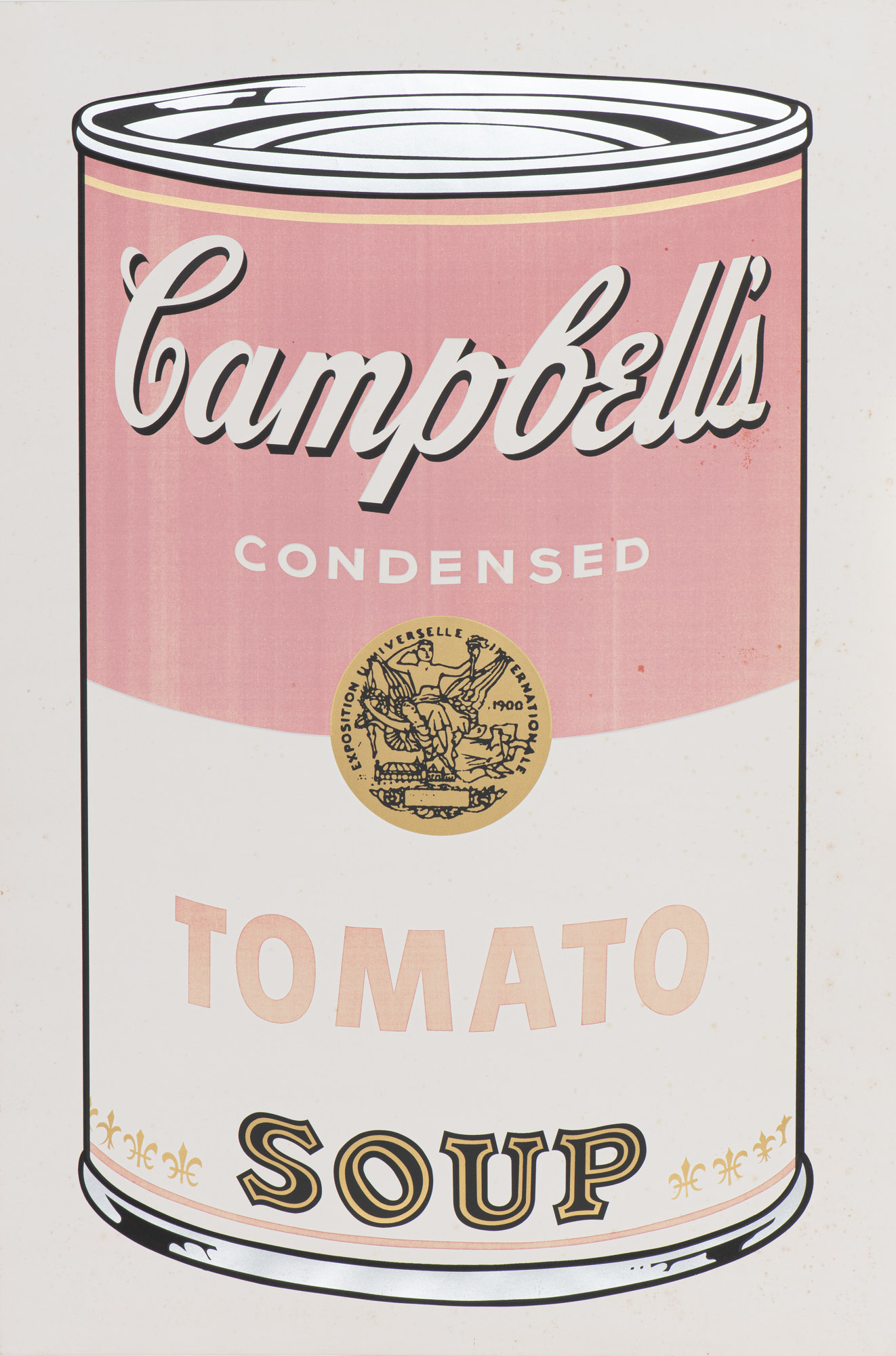 Andy Warhol
(Pittsburgh 1928 – New York City 1987)
Campbell's Soup I – Tomato Soup (1968)
Published by Factory Additions, New York
Signed and stamped with number 25/250 (there were also 26 artist's proofs) on the reverse
Screen print in colours, 88.9 x 58.5 cm
Provenance:
Collection Geertjan Visser (1931-2010), Antwerp, thence by descent
Literature:
Feldman & Schellman II.46
Note:
Geertjan Visser (1931-2010) was, together with his brother Martin (1922-2009), one of the main and most influential collectors of his generation in the Netherlands. Today, the Kröller-Müller Museum in Otterlo houses over 400 works from their impressive collection, including works by artists like Lucio Fontana, Anselm Kiefer, and Bruce Nauman. The renowned 'Collection Visser' also includes art by the third brother, the successful sculptor Carel Visser (1928-2015).
Only his favorite works were kept by Geertjan, among which two paintings by Franscis Picabia (1879-1953), and this lot on offer.

Andy Warhol was a leading artist of the 1960s Pop art movement. Throughout this period, Warhol has produced works of art of familiar images from consumer culture and mass media such as this print of the widely consumed canned soup from the Campbell's Soup Company. Out of all the different soup flavors Warhol created, the tomato flavor is the most famous and iconic. In 1962, the Campbell's Soup Cans paintings were first shown together at a small exhibition at the Ferus Gallery in Los Angeles. Each of Warhol's 32 paintings portrayed a different flavour, and they were displayed together on shelves in uniform rows like products on the supermarket shelf. It was the first solo painting exhibition of Warhol, who at that time, mainly had worked as a commercial artist. Warhol mimicked the repetition and uniformity of advertising by carefully reproducing the same image across each individual canvas, and only vary the label on the front of each can. Warhol said about Campbell's soup, “I used to drink it. I used to have the same lunch every day, for 20 years, I guess, the same thing over and over again.” The show at Ferus Gallery marked a turning point in Warhol's career. After the Campbell's Soup Cans, Warhol switched from painting to silkscreen printing, a process that produced more mechanical-looking results and allowed him to create multiple versions of a single work. “I don't think art should be only for the select few,” he claimed, “I think it should be for the mass of the American people.”

Estimate
€ 20.000 - 40.000
Result
€ 76.000
We use cookies on our website to provide you with the most relevant experience by remembering your preferences and repeat visits. By clicking "Accept" you agree to the use of ALL cookies.
Cookie settingsACCEPT
Manage consent