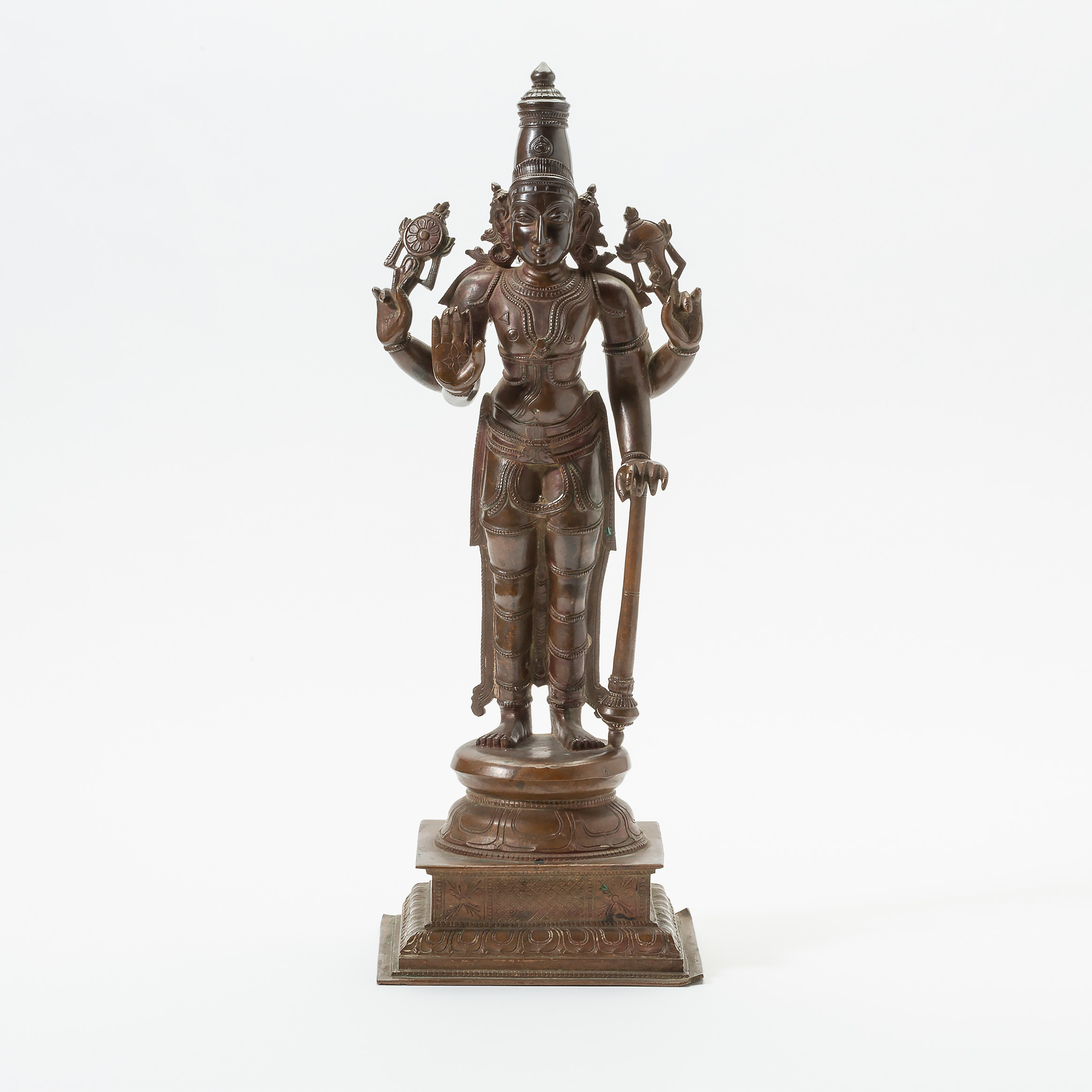 An Indian bronze figure of Vishnu
Southern India, 18th/19th century
standing in samabhanga on a lotus base placed on a square pedestal, his principle hands in abhayamudra and resting on the club, both secondary hands holding cakra and sankha, wearing pleated dhoti, bejeweled, his face displaying a serene expression with almond-shaped eyes, aquiline nose, his head topped with the kiritamakuta and the cakra behind his head.
H. 51.5 cm
Provenance:
– Private collection, the Netherlands (assembled from 1950 to the 1990's)
– By descent to the present owner

Estimate
€ 2.500 - 3.500
Result
-
We use cookies on our website to provide you with the most relevant experience by remembering your preferences and repeat visits. By clicking "Accept" you agree to the use of ALL cookies.
Cookie settingsACCEPT
Manage consent