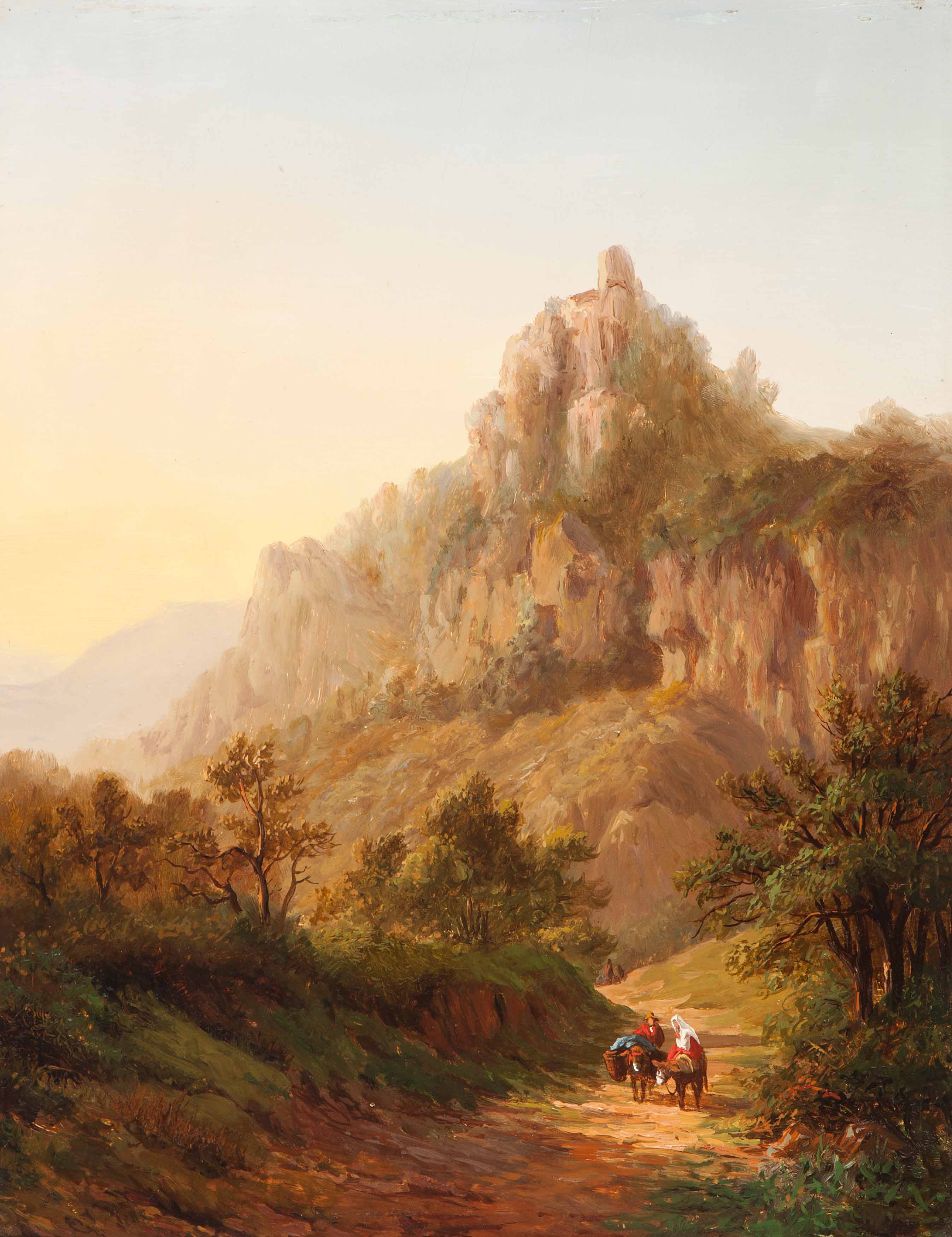 Alexander Joseph Daiwaille
(Amsterdam 1818 – Brussels 1888)
Travelers in a mountain landscape at dusk
Signed with initials and dated 1885 ll
Oil on panel, 30.2 x 23.6 cm
NB:
Daiwaille was a popular painter during his life, and was awarded many prizes for his landscapes, some of which were sold to King Willem II. The artist started out as an apprentice to his father Jean Augustin Daiwaille and spent long periods in Cleves, were his brother in law Barend Cornelis Koekkoek had founded an art academy. This town hall on the 'Grote Straat' received many Dutch painters, which established this Cleves art academy as an important element of Dutch Romanticism.

Estimate
€ 1.000 - 1.500
Hammer amount
€ 1.000
We use cookies on our website to provide you with the most relevant experience by remembering your preferences and repeat visits. By clicking "Accept" you agree to the use of ALL cookies.
Cookie settingsACCEPT
Manage consent