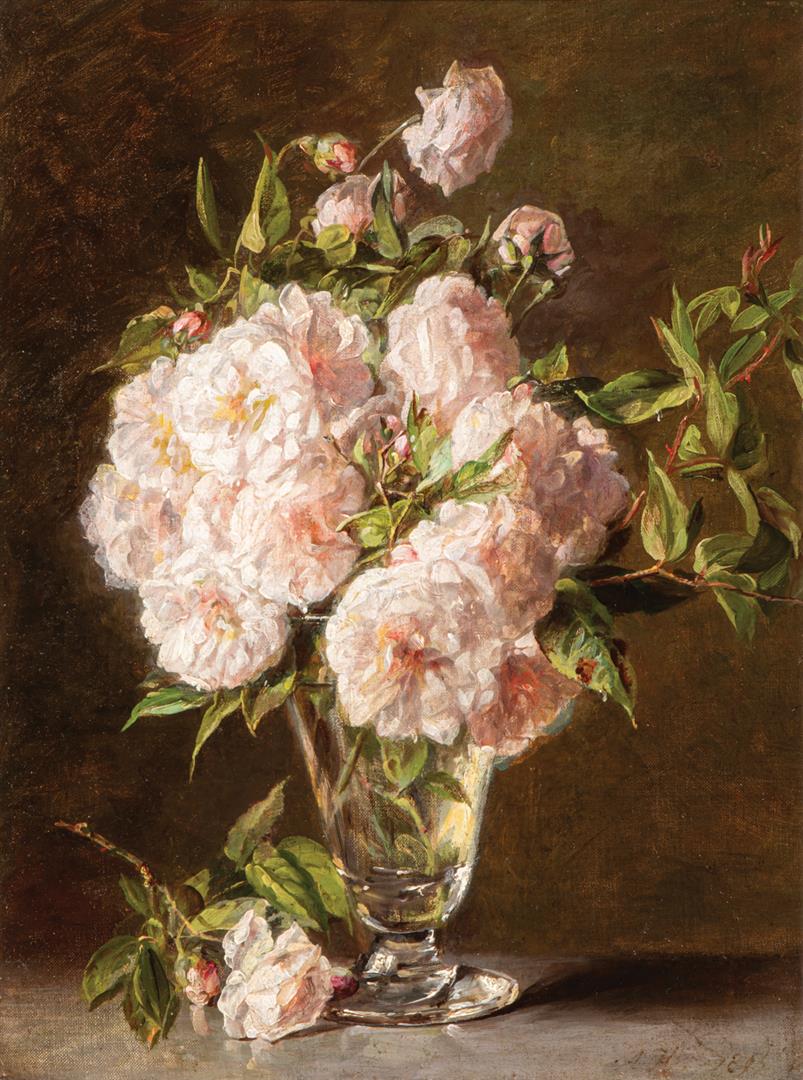 Adriana Johanna Haanen
(Oosterhout 1814 – 1895 Oosterbeek)
Roses in a Vase
Signed with initials and dated 1894 lower right
Oil on canvas, 36.6 x 27.1 cm
Provenance:
Private collection, the Netherlands
Note:
Adriana Haanen was one of the prominent master painters of her time. This is apparent from the considerable prices she could command at the exhibitions of Living Masters, sometimes even up to fifteen hundred Guilders, but also from the various prizes she was awarded for her work. In 1845 Haanen was made an honorary member of the Royal Academy in Amsterdam and in 1862 she was awarded the gold medallion for her painting Julij Rozen (July Roses) at the Amsterdam exhibition of Living Masters. Her work was already collected in large collections during her lifetime, such as that of King Willem II and the State collection. Nowadays paintings by Adriana Johanna Haanen can be seen in the Amsterdams Historisch Museum, Museum Willet-Holthuysen, Rijksmuseum and Instituut Collectie Nederland, all situated in Amsterdam.

Estimate
€ 6.000 - 8.000
Result
€ 4.800
We use cookies on our website to provide you with the most relevant experience by remembering your preferences and repeat visits. By clicking "Accept" you agree to the use of ALL cookies.
Cookie settingsACCEPT
Manage consent