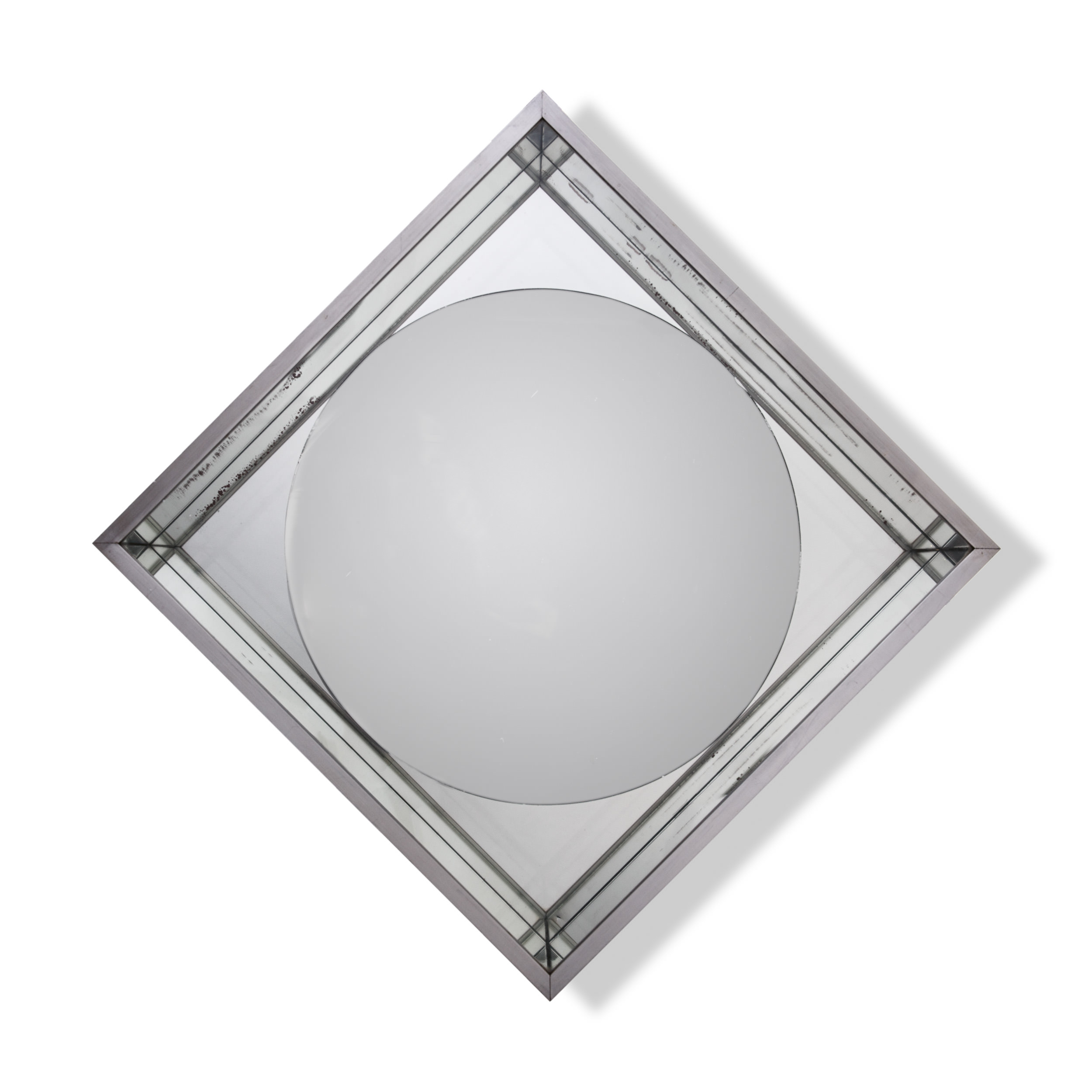 Adolf Luther
(Ürdingen 1912 – Krefeld 1989)
mirror object
Signed, dated 67 and numbered 11 on the backing
Steel, mirror and glass, 65.2 x 65.2 cm
Provenance:
Collection Jean Paul Vroom, Amsterdam, thence by descent
Note:
Adolf Luther was a German artist widely recognized as one of the first creators of kinetic and optical sculpture. From 1958 onwards, he worked with the influences of light; experimenting and manipulating the effects of refraction and reflection from different angles. Between 1959 and 1961 he further developed the 'Licht und Materie'-works (light and matter) and tested new materials, such as (concave) mirrors, glass and lenses.

He earned his good reputation mainly by integrating his concave mirrors in public spaces such as the Munich Olympic Stadium for the 1972 Olympic Games, the Chancellery in Bonn and the Concert Hall in Düsseldorf. Luther furthermore participated in exhibitions in Berlin, Frankfurt, Gelsenkirchen and Philadelphia and he is often listed together with ZERO group members Otto Piene, Heinz Mack and Günther Uecker.

Estimate
€ 3.000 - 5.000
Result
€ 7.500
We use cookies on our website to provide you with the most relevant experience by remembering your preferences and repeat visits. By clicking "Accept" you agree to the use of ALL cookies.
Cookie settingsACCEPT
Manage consent